Some of the styling cues will remind you of the Mini Cooper! Take a look. 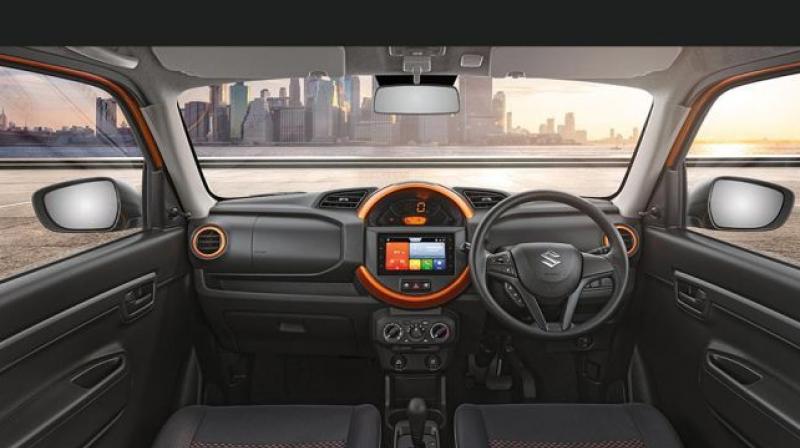 The S-Presso gets a centrally located instrument cluster.

We’ve come across a new batch of images showcasing the interior of the S-Presso, which will be launched on September 30. These images highlight the cabin in detail and reveal what to expect from the upcoming Renault Kwid rival.

The dash features a funky design with the instrument cluster sitting bang in the middle and the touchscreen infotainment display below it. Below the touchscreen is the hazard lights switch, flanked by switches for the front power windows. The entire setup is encircled by orange inserts, which reminds one of the Mini Cooper dashboard.

However, in the S-Presso, this layout helps to keep the costs down. The steering does get audio controls but the AC is manual, in what looks like the top variant. Also, the S-Presso will be offered with dual airbags in certain variants. 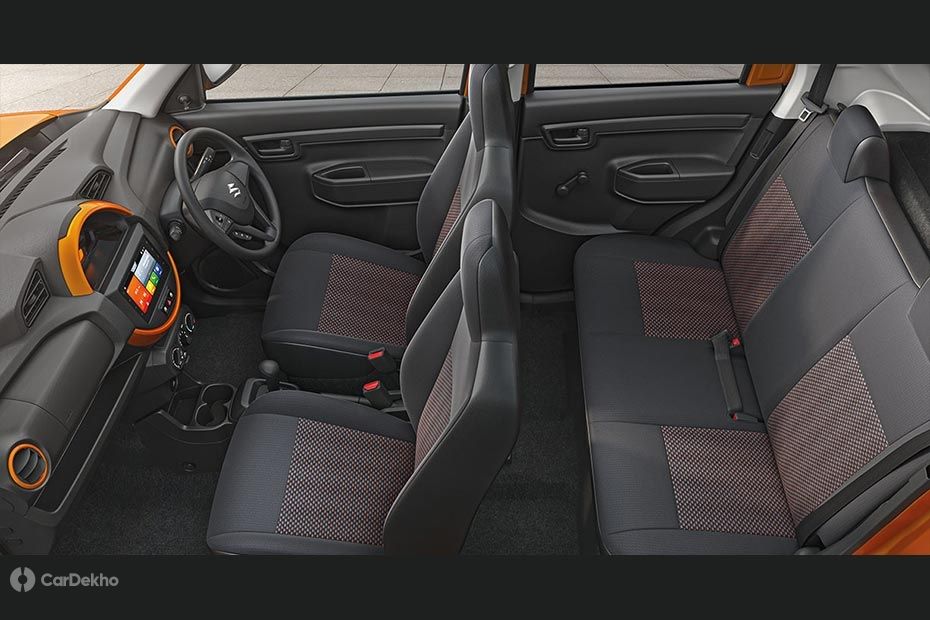 While we can’t say with conviction how roomy the cabin is before reviewing the car, it does look like it will seat four adults comfortably. The cabin is entirely done up in black for a sporty look, perhaps to appeal to younger buyers. It has non-adjustable headrests for four passengers and the middle passenger in the rear will have to make do with a lap belt or a two-point seatbelt. 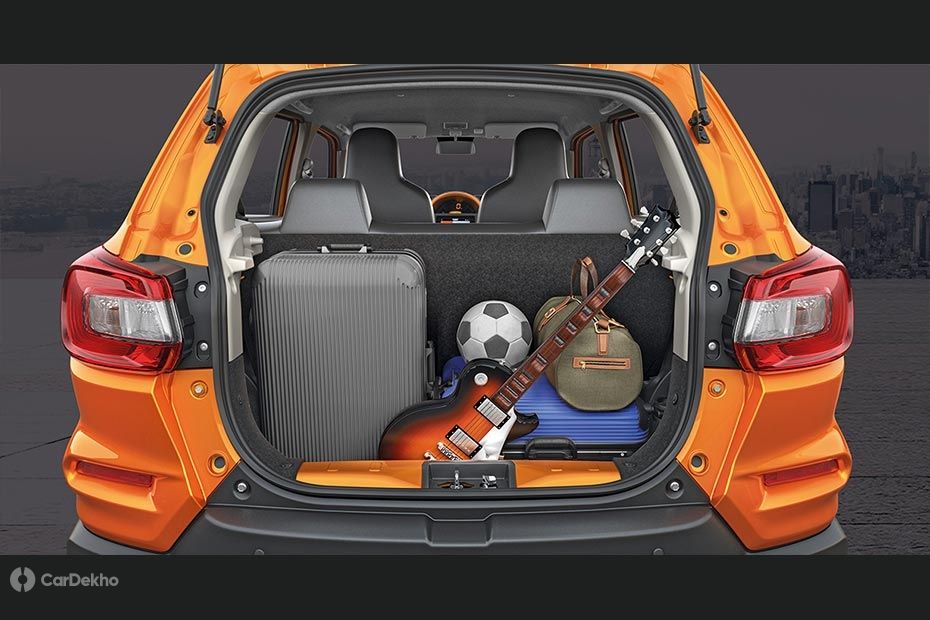 Maruti has not yet revealed how much boot space the S-Presso will offer. However, the image above suggests it will be able to accommodate a couple of medium-sized suitcases with ease.

We expect Maruti to price the S-Presso around the Rs 4 lakh mark. At that price point, its biggest rival will be the Renault Kwid. There will be competition from the likes of Maruti’s Alto K10 or the Datsun GO as well, whose prices will overlap with the S-Presso.