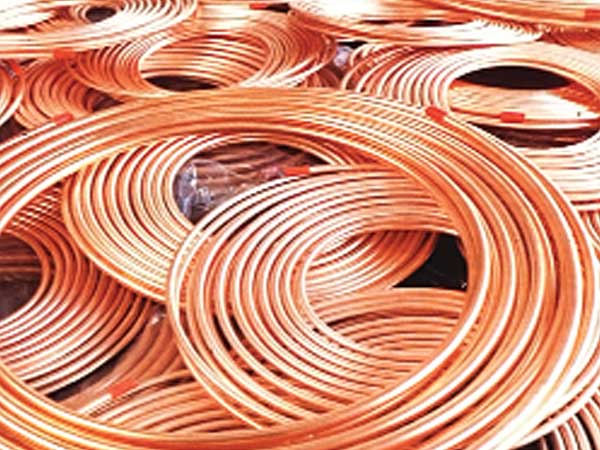 Copper prices have hit seven-month lows as the market priced in weaker demand in top consumer China, which is embroiled in the trade spat with the US even as its manufacturing sector slows. Benchmark copper had ended down 1.6 per cent at $6,523 a tonne, its lowest since December 5 last year. Prices of the metal used widely in power and construction sectors have tumbled more than 10 per cent since June 7.

On Tuesday, however, copper steadied with the dollar slipping and equity markets recovering. Analysts are of the view that worries of trade spat between the United States and China are expected to keep prices near seven-month lows.

In India, copper prices have been in a consolidation mode of Rs 446 for the past few days. According to a Geojit Financial Services, nickel prices possibly will float within the range of 992-1021.

China accounts for nearly half of global copper demand, estimated this year at around 24 million tonne. The US, on its part, accounts for a smaller, but nevertheless significant 8 per cent.

One major influencing factor in metal prices is the US dollar’s exchange value. A lower US currency makes dollar-denominated commodities cheaper for non-US-firms, which potentially could mean stronger demand for metals such as copper. This relationship is used by funds which trade using buy and sell signals generated by numerical models.

Growth in China’s manufacturing sector cooled marginally in June as firms faced rising input costs and a decline in export orders amid an escalating trade dispute with the US, analysts pointed out. There is no denying the fact that industrial metals rely on China for more reasons than one.

Many think that monetary easing in China is expected to help support industrial metals. Jaydeb Dey, senior research analyst (technical), Stewart and Mackertich Wealth Management, said: “I think the probable impacts of the ongoing trade wars have partially been factored in. However, president Trump has set July 6 as the deadline for China to come to terms with the renewed trade negotiations and failure to conclude the talks should see the dollar index come under further pressure. So, the conclusive evidence is still awaited. On an extended note, the US Dollar Index is likely to trade in the price band of 95.50 to 92.50. Hence, over enthusiastic US dollar bulls might get caught on the wrong foot if anything comes out against the obvious.”
“We believe the recent slide in base metals may have reached oversold levels and prices may enter a consolidation phase and possibly recover in the short term provided the trade war scenario doesn't deteriorate. Amongst the group, Copper and Nickel are leading candidates to recover sharply in the short term driven by demand for EVs, the rest of the metals may struggle initially but should pick up as the overall bullishness spills over in the entire group,” added Dey.

From the Indian perspective, the depreciating rupee will continue to act as a major support for base metals and commodities as a whole as it limits downside in domestic markets compared to the international markets along with more pronounced rallies on the upside along with being a key factor for higher volatility, he felt.