The list is topped by Nadella, who has been at the helm of the technology giant since 2014. 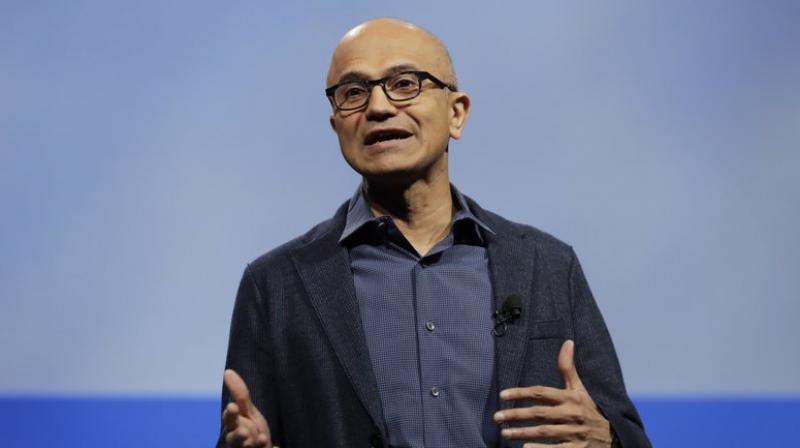 The list is topped by Nadella, who has been at the helm of the technology giant since 2014.

"In a year dominated by political chaos and bluster, it was a rare brand of steady ? even quiet ? leadership that won the day in the business world. And no one epitomises that brand of obsessively results-driven, team-based leadership more than our new No. 1 Businessperson of the Year," Fortune said.

Banga is ranked 8th, while Ullal comes in at the 18th spot in the list for which Fortune looked at 10 financial factors ranging from total return to shareholders to return on capital. Both Banga and Ullal are of Indian-origin.

Fortune said Nadella, a computer scientist, was "neither a founder like Bill Gates, nor a big-personality sales leader like his predecessor, Steve Ballmer when he was named the "surprise choice" to lead the Microsoft in 2014.

"He'd never worked in finance, another training ground for CEOs. And his stature on the global stage was non-existent. What's more, having joined Microsoft in 1992, he was thoroughly steeped in a dog-eat-dog Microsoft culture that had contributed to the company's stagnation," Fortune said.

Today, Nadella "wears the gaps in his resume as comfortably as the jeans and blazers that are his corporate uniform", it said.

"I am wired to be fairly confident in myself and to let others shine," Fortune quotes Nadella as saying. "CEOs can only do what they do if they have an amazing team. I am blessed to have that."

On Banga, Fortune said, "Thanks in part to Banga's vision", Mastercard has emerged as a "poster child" for how legacy players in financial services can embrace and adapt to a rapidly evolving environment. "In turn, the company has become a darling of the markets this year, with its stock climbing more than 40 per cent in 2019."

Fortune said Banga, who is a Sikh, has also been an outspoken proponent of workforce diversity.

"For any company, or even for society, to succeed, we have to acknowledge that diversity is a key component in strength. We have to surround ourselves with people who don't look the same and have had different experiences," Fortune quoted Banga as saying.

In recognition of his achievements and advocacy, Banga was awarded the prestigious Ellis Island Medal of Honour last year. The award is presented annually to US citizens who have distinguished themselves within their own ethnic groups while exemplifying the values of the American way of life.

Fortune said since arriving from giant rival Cisco in 2008, Ullal has turned Arista into a specialised market leader in Ethernet switches and open-source cloud software.

"It's impressive stuff from Ullal, an Indian-American born in London and raised in New Delhi," Fortune said, adding that despite an "underwhelming" fiscal performance, analysts "remain confident that Ullal has the track record and prowess to continue steering Arista to new heights".