The IT department has contended that by scheme of arrangement, the transferor company Reliance Jio Infocomm. 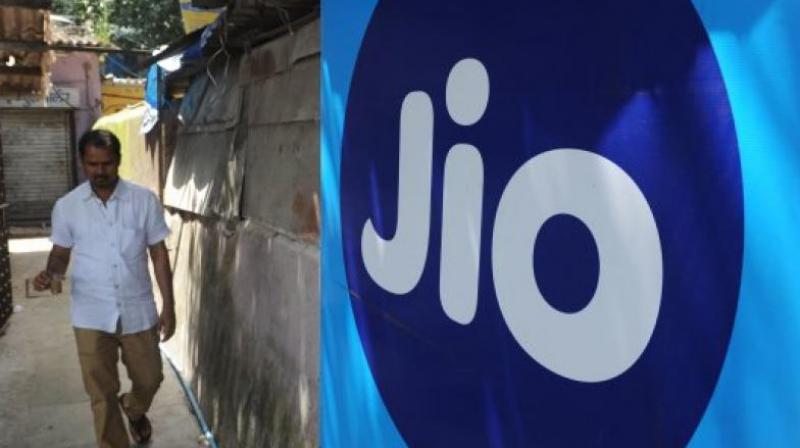 The NCLAT dismissed it by saying that the NCLT has already dealt with the issue.

New Delhi: The NCLAT has dismissed petitions filed by the Income Tax Department, which raised objection over the approval granted to Reliance Jio Infocomm scheme to hive off its fiber and tower business into two separate units.

The Ahmedabad-bench of National Company Law Tribunal (NCLT) had earlier this year granted permission to the composite scheme of arrangement, through which two companies were proposed to be demerged -- Jio Digital Fibre Pvt Ltd and Reliance Jio Infratel Pvt Ltd.

This was opposed by the IT department by challenging it before the National Company Law Appellate Tribunal (NCLAT).

The IT department has contended that by scheme of arrangement, the transferor company Reliance Jio Infocomm has sought to convert the redeemable preference shares into loans.

According to it, conversion of equity into debt is not only contrary to the well settled principles of the company law but also would reduce the profitability or the net total income of the transferor company, causing a huge loss of revenue to the Income Tax Department.

However, the NCLAT dismissed it by saying that the NCLT has already dealt with the issue.

"Mere fact that a Scheme may result in reduction of tax liability does not furnish a basis for challenging the validity of the same.

"?We are not inclined to interfere with the Scheme of Arrangement as approved by the Tribunal. Both the appeals are dismissed," the appellate tribunal said.

Reliance Jio Infocomm submitted that it previously had separate units housing its optic fiber and tower infrastructure undertakings. Each of these units had distinct assets and liabilities and were involved in separate business.

On April 2, Reliance Jio said that it has transferred control of its fibre and mobile tower units to two infrastructure investment trusts set up by Reliance Industrial Investments and Holdings Ltd (RIIHL).

Both trusts have been set up by RIIHL, a wholly-owned subsidiary of RIL as sponsor, and have been granted certificate of registration as Infrastructure Investment Trust by market watchdog Securities and Exchange Board of India (Sebi).