Aditya Birla and Vodafone would have equal rights in combined entity, driving consolidation in telecom sector 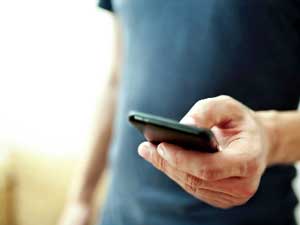 Voda calls Idea for merger in big shake-up
Heralding consolidation in the $37 billion Indian telecom industry, Vodafone Group on Monday announced that it is in discussions with the Aditya Birla group to merge its Indian unit with Idea Cellular in a deal that would create the country’s largest cellular carrier in the country. The UK-based telecom major in a filing to the London Stock Exchange (LSE) said it is in talks with Idea Cellular about a potential merger of the two companies. The all-stock deal signals a shake-up in the domestic telecom business after Reliance Jio launched its in services in September last year with free services undermining the industry revenue.
Domestic telecom companies have come under increasing pressure following the entry of Reliance Jio, which has already set off a price war in the industry.
Vodafone said the deal wouldn’t include its 42 per cent stake in Indus Towers.
“Vodafone confirms that it is in discussions with the Aditya Birla Group about an all share merger of Vodafone India (excluding Vodafone’s 42 per cent stake in Indus Towers) and Idea. Any merger would be effected through the issue of new shares in Idea to Vodafone and would result in Vodafone deconsolidating Vodafone India,” the company said in its statement to LSE. Aditya Birla and Vodafone would have equal rights in the new company.
Vodafone further said there is no certainty that any transaction will be agreed, nor as to the terms or timing of any transaction.
Vodafone is the second largest carrier in India, while Idea is the third and the merger would create an operator with 387 million subscribers, a 36 per cent market share.
“The potential merger between Vodafone India with Idea Cellular would change the industry order. The combined entity would have 42 per cent revenue share in the market by FY19CL against 33 per cent of Bharti Airtel and 13 per cent for Reliance Jio,” global brokerage house CLSA said in a report.
Vodafone has 23 per cent market share at present, while Idea has 19 per cent and market leader Bharti Airtel has a 33 per cent share of the telecom pie.
A Morningstar analysis sees the potential merger between Vodafone India and Idea Cellular as a strong response to India’s recent wireless telecom market’s price war, and maintains Vodafone’s Morningstar fair value estimate.
Allan C Nichols, CFA, Equity Analyst at Morningstar, said: “We think this merger also demonstrates the difficulty that RJio’s entry has caused for the Indian wireless telecom market.” “We like the idea of the merger, as we believe there are far too many operators in the country, which has prevented good returns,” he added.
Such a merger will help Vodafone India improve its position in the mass market, while Idea Cellular would gain from Vodafone’s strength in the metro circles. Finally, the merger would create a new leader in the mobile/data industry, challenging both Bharti Airtel and Reliance Jio and further intensify the competition,” CLSA said in the report.
For the first half of FY17, Vodafone reported 29.6 per cent EBITDA margin, while Idea’s margins were 31.5 per cent.
For Vodafone, a sale of the Indian business to Idea could reignite speculation about an eventual tieup between Vodafone and John Malone's Liberty Global. The two have held merger talks before but analysts say Vodafone's ownership of numerous assets in emerging markets had complicated valuations for Liberty, which is mainly interested in the European operations.
Agencies add: The all-stock deal would allow Vodafone chief executive officer Vittorio Colao to deconsolidate the troubled Indian unit, which has been a drag on earnings. In addition to the writedown, the carrier was forced to pump more than $7 billion into the unit last year.
A merger of Vodafone’s India business and Idea would lead to economies of scale and significant savings on spectrum for the new entity, Saeed Baradar, a telecoms sales specialist at Louis Capital Markets UK LLP, said in a note. Still, Vodafone separating its Indian unit would mean it is no longer consolidating a business that had a disproportionate impact on growth of earnings before interest, taxes, depreciation and amortization and free cash flow, Baradar said.
Vodafone took a $5 billion writedown on Vodafone India last year due to the new bout of intense competition. It also pulled plans for a market flotation for the business due to the price war and remains locked in a battle with the government over a $2 billion tax claim. end-of
Latest From Companies