There could also be major flooding in parts of the country. 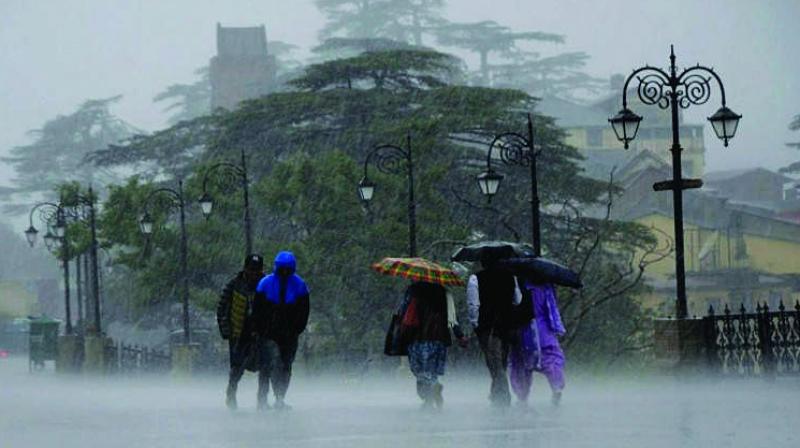 The crop-nourishing monsoon rains were 16 per cent below average last Friday.

PUNE: The fairly widespread, intensifying monsoon rains, lifeblood of India's $2.6 trillion economy, spurring farm output and boosting rural spending, are likely to wipe out rain deficit by the middle or end of August.

"Rains have intensified across the country since last week, bringing the total country deficit down to 9 per cent. More rains are likely to wipe out the rain deficit by the mid-or-end of August," Anupam Kashyapi, head of weather at India Meteorological Department or IMD, Pune told Financial Chronicle.

The crop-nourishing monsoon rains were 16 per cent below average last Friday.

However, the country received 42 per cent more rainfall than the 50-year average in the week to July 31, the IMD data showed.

Kashyapi said after subdued rains on Friday and day after, rains spells would pick up from August 3 to 8 and spread across the country fairly widely.

The weather man said rain spells will again pick from August 8 to 15, taking the spell to normal or a little lower side of normal rains. The rain revival could spur planting and boost the yield of summer-sown crops such as rice, cane, corn, cotton and soybeans.

"Most parts of the country will receive normal or above normal rains except parts of southern peninsula, including TN, Rayal-seema, and Coastal Andra," Kashyapi said.

IMD officials said there could also be some further major flooding in parts of the country. In recent weeks, millions of people have been displaced in eastern Indian states, such as Assam and Bihar.

Kashyapi said out of the total 36 subdivisions across the country, only a few have recorded deficit rains.
"But after August 8, they will also be covered as currents from both the Arabian Sea and the Bay of Bengal are favourable to bring more rains into the country," he pointed out.

The IMD said in April monsoon rains were expected to amount to 96 per cent of the long-term average.
It defines average, or normal, rainfall as between 96 per cent and 104 per cent of a 50-year average of 89 centimetres for the entire four-month season beginning June 1.

But a poor start followed by a mixed national picture —with some areas badly trailing until the past week —prompted concerns of an economic hit to India, a major producer of farm goods.

Monsoon rains reached the southern coast of Kerala on June 8, more than a week later than usual.