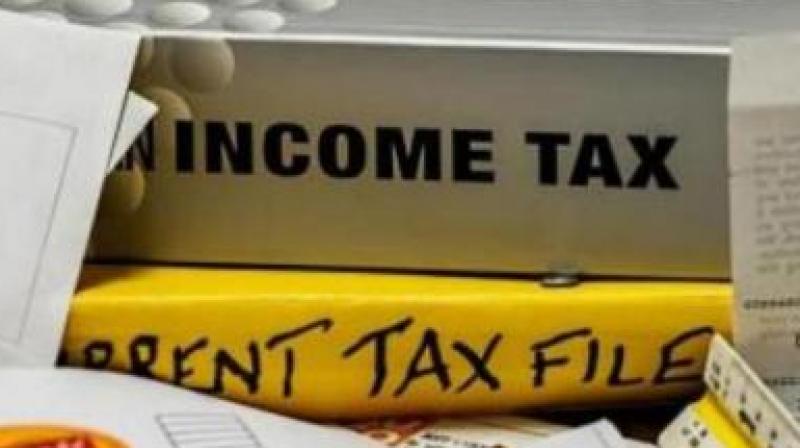 New Delhi: Over 5.65 crore income tax returns were filed by taxpayers for the Assessment Year 2019-20 as the deadline ended on August 31, showing a 4 per cent rise in ITR filing over the previous year, according to the tax department data.

The government had last year extended the deadline for ITR filing for AY 2018-19 till August 31, 2018, while a special extension till September 15, 2018 was given in this context to the taxpayers of flood-hit Kerala.

"The Income Tax Department has made history with a quantum jump in the e-filing of ITRs with an all-time high record of 49,29,121 ITRs filed in a single day on August 31," it said in a statement.

It said that the I-T department is actively interacting with taxpayers on social media to help them resolve their grievances and e-filing related queries and getting accolades in return.

The last date for submission of e-filing of ITRs for AY 2019-20 was August 31.
It added that the peak filing rate per second was at 196 ITRs.

It also said that the information security team of I-T department thwarted over 2,205 malicious attacks on the website aimed at disrupting services in the peak period.

"A large number of taxpayers about 2.86 crore (79 per cent) have opted for e-verification, mostly using Aadhaar OTP. The I-T Department intends to carry out campaigns to increase awareness about e-verification of ITRs where verification is still pending," it said.

Further its said that taxpayers would also be educated about the need for linking their bank account with PAN to ensure direct credit of refund to taxpayer bank account through ECS and the requirement for linking PAN with Aadhaar by September 30 this year.