It would be a good idea to replace diesel buses in Delhi with electric buses, said German Chancellor Angela Merkel. 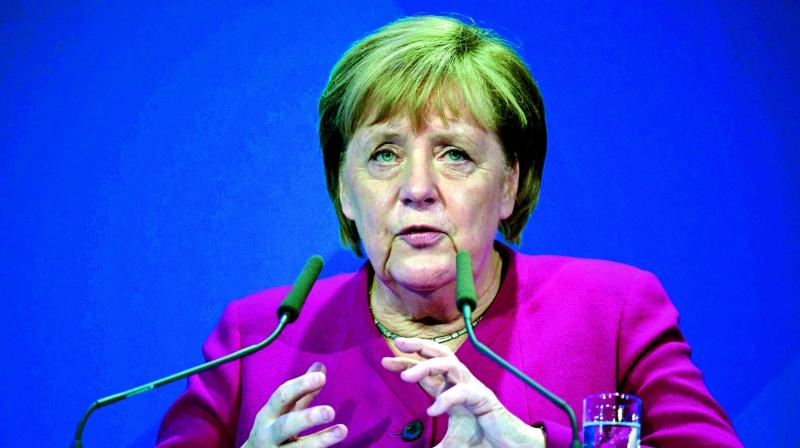 We have agreed to co-operate on climate protection and green urban mobility and have earmarked 1 billion euros towards this," German Chancellor Angela Merkel said in New Delhi on Saturday. (Photo: File)

Merkel, whose visit to the country coincided with one of the worst spells of air pollution in Delhi/NCR, also emphasised on the need to replace diesel-run public transport with electric vehicles.

"We have agreed to co-operate on climate protection and green urban mobility and have earmarked 1 billion euros towards this," Merkel said at an event here.

Germany would also put in 200 million euros to reform the bus sector in Tamil Nadu, she added.

Touching upon the subject of air pollution in Delhi, Merkel said that looking at the severity of the situation, it would be a good idea to replace diesel buses with electric ones.

Delhi recorded its worst air quality of the season on Friday as the pollution level touched the 'severe plus' category, prompting authorities to shut schools till November 5, ban all construction activities and declare a "public heath emergency".

Merkel said that Germany would also like to work with India on various segments including healthcare, agriculture and artificial intelligence.

On Friday, India and Germany agreed to deepen efforts to resume stalled negotiations for a free trade agreement between India and the European Union (EU).

The negotiations for the pact have been held up since May 2013 as both the sides failed to bridge substantial gaps on crucial issues.

Launched in June 2007, the negotiations for the proposed pact have witnessed many hurdles with both the sides having major differences on key issues like intellectual property rights, duty cut in automobile and spirits, and liberal visa regime.

Both the sides also agreed to intensify efforts for an early conclusion of an investment protection agreement between the EU, the EU member states and India.