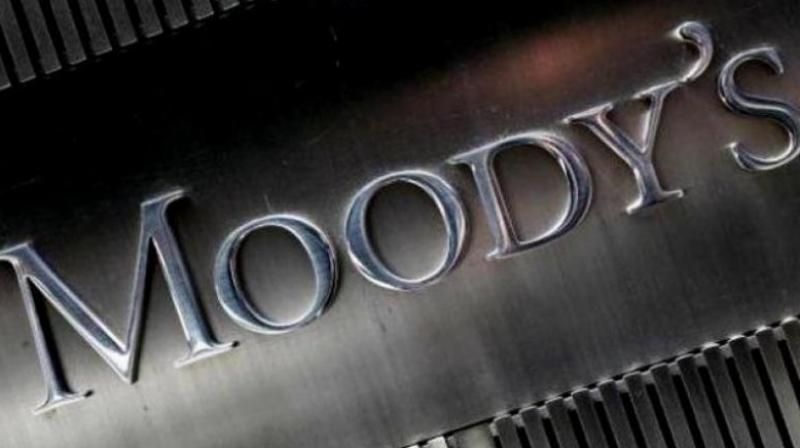 The government countered the Moody’s statement, saying the IMF in its latest World Economic Outlook has stated that Indian economy is set to grow at 6.1 per cent in 2019, picking up to 7 per cent in 2020.

New Delhi: Citing increasing risks to the country’s economic growth that will remain lower than in the past, global rating agency Moody’s Investors Service on Friday changed its credit rating outlook on India to “negative” from “stable”, but the government remained firm on its stand, reiterating that India would remain among the fastest growing major economies and her relative global standing remains unaffected.

However, Moody’s categorically pointed out that the outlook partly reflected the government’s policy ineffectiveness in addressing economic weakness, which led to an increase in the debt burden from already high levels.

The government countered the Moody’s statement, saying the IMF in its latest World Economic Outlook has stated that Indian economy is set to grow at 6.1 per cent in 2019, picking up to 7 per cent in 2020. “As India’s potential growth rate remains unchanged, assessment by IMF and other multilateral organisations continue to underline a positive outlook on India,” it said.

Moody’s projected a fiscal deficit of 3.7 per cent of gross domestic product (GDP) for the current fiscal against the government’s target of 3.3 per cent, saying slower growth and the surprise corporate-tax cut curb revenue.

Slamming the agency’s outlook on the economy, a senior government functionary told this newspaper, “Don’t get swayed away by the Moody’s ratings. Our economy is on right track so far. It’s already bottomed out and multiple measures taken by the PMO and the finance ministry in the last few months will yield results soon.”

“The drivers of the economic deceleration are multiple and mainly domestic. While government’s measures to support the economy should help to reduce the depth and duration of India’s growth slowdown, prolonged financial stress among rural households, weak job creation, and, more recently, a credit crunch among NBFIs, have increased the probability of a more entrenched slowdown,” Moody’s said.

“Moreover, the prospects of further reforms that would support business investment and growth at high levels, and significantly broaden the narrow tax base, have diminished. A prolonged period of slower economic growth would dampen income growth and the pace of improvements in living standards, and potentially constrain the policy options to drive sustained high investment growth over the medium to long term,” it added.

But the government said it had already undertaken series of financial sector and other reforms to strengthen the economy. “Government of India has also proactively taken policy decisions in response to the global slowdown. These measures would lead to a positive outlook on India and would attract capital flows and stimulate investments,” it said.

“The fundamentals of the economy remain quite robust with inflation under check and bond yields low. India continues to offer strong prospects of growth in the near and medium-term,” the finance ministry said.