There are expectations that the government would come out with sector-specific stimulus sometime soon. 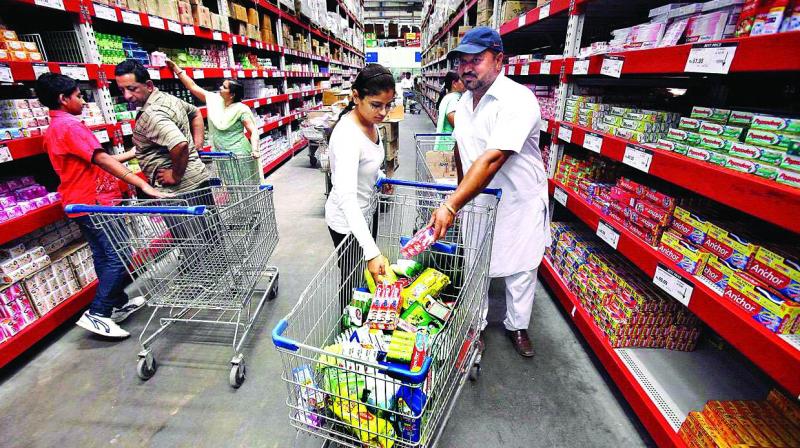 In the real estate sector, the number of unsold homes has increased while fast-moving consumer goods (FMCG) companies have reported a decline in volume growth in the first quarter.

New Delhi: Prime Minister Narendra Modi on Thursday comprehensively reviewed the state of the economy with Finance Minister Nirmala Sitharaman as his government scrambled for solutions to tackle a fast-spreading slowdown in various sectors, which is eroding wealth and causing job losses.

Modi, after delivering his sixth straight address to the nation on the Independence Day from the ramparts of the Red Fort here, went into brainstorming with Sitharaman and all top officials in her ministry, sources privy to the development said.

The meeting, they said, was to assess the nature of the slowdown and its long-term impact.

There are expectations that the government would come out with sector-specific stimulus sometime soon.

An email query sent to the spokesperson of the finance ministry remained unanswered.

India's economic growth has slowed to 6.8 per cent in 2018-19 - the slowest pace since 2014-15, consumer confidence is waning and foreign direct investment has plateaued. International trade and currency war is further aggravating the problem.

While the finance ministry has remained tight-lipped on measures being contemplated to take the economy out, Reserve Bank Governor had earlier this month stated that the slowdown is more cyclical than structural and the growth is expected to review by the fourth quarter.

But there are ominous signs showing that slowdown may be deep. The auto sector is facing its worst crisis in two decades and reports suggest thousands of job losses in the automobile and ancillary industry.

In the real estate sector, the number of unsold homes has increased while fast-moving consumer goods (FMCG) companies have reported a decline in volume growth in the first quarter.

Also, direct tax collections have grown by just 1.4 per cent. The growth in GST collection till July this fiscal too has been only 9 per cent as against 18 per cent estimated in the Union Budget.

With sales of cars, tractors and two-wheelers declining to 19 year low, reports suggest 300 dealerships have been shut down and around 2.30 lakh jobs have been axed in the sector. The Society of Indian Automobile Manufacturers (SIAM) says about 10 lakh jobs have been hit in the auto component manufacturing industry.

In the real estate sector, unsold inventories stand at 42 months.

Finance Minister Sitharaman had held series of meetings with bankers, industry, capital market players and real estate earlier this month to firm up steps to increase investments and boost economy

Foreign investors during their meeting with Sitharaman had suggested that higher surcharge on income beyond Rs 2 crore, which was imposed in the Budget, should not be applicable on FPIs. The government's decision on surcharge had impacted the market.

On its part, the Reserve Bank of India, with inflation under its comfortable zone, reduced the key lending rate for the fourth successive time early this month to push economic activities. It has also asked banks to pass on the benefits of the rate cut to borrowers.