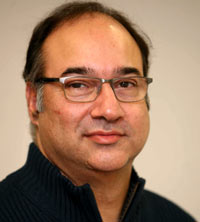 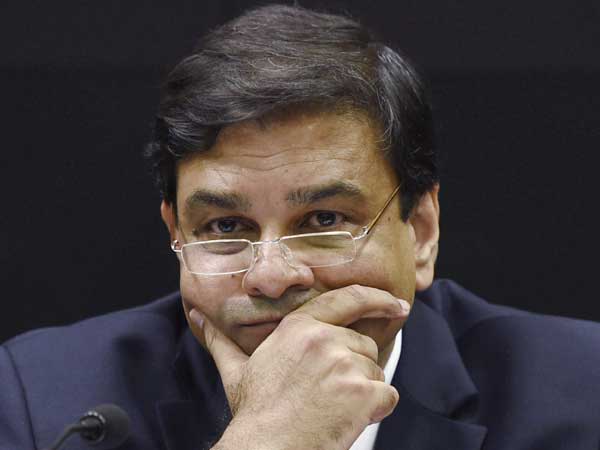 The emasculation of individuals and institutions continues with a degree of brazenness hitherto not seen, with the political class riding roughshod when faced with a difficult adversary not willing to bend. Many would reckon that it is akin to a brain fade, but kerfuffles normally end with the verdict in favour of those in authority. A trust deficit, an erosion of confidence in your own man on Mint Street and a cavalier attitude towards those who don't fall in line seem to be the headlines emerging from this latest vile and obnoxious joust. It is clear that after the Governor had papered over the widespread differences at the policy review meet last week, this has happened under severe duress and sustained invidious pressure. Patel handpicked by PM Modi becomes the first governor since 1990 to step down before his term ends. Patel’s three-year term was to end in September 2019. On the eve of yet another board meeting, the intemperate construct of his exit gives the lie to the assertion that the RBI-Government rift was a thing of the past. There was no rapprochement, obviously the last board meeting did not see the smoothening of prickly issues. The boil may have been lanced and the contemptuous discord tamped down but the real issues of institutional independence unresolved. Weighed down by ankle weights, Urjit Patel chose dignity over condescension as his game face. The farrago and sniper fire remaining unchallenged till memoirs are penned. After all, when you come to a fork in the road, men of integrity, ethicality and propriety need to decide which way to go. Facing your fears by wearing them out and overcoming them is a better option. Life’s most impressionable lessons are the ones when you are confronted with insurmountable adversities. The sequestered and fatigued Governor chose to resign with his unimpeachable integrity beyond question refusing to carry the scars and stigma of a tense tenure, choosing the sag over swag because his institution demanded silence. Opting for the seductive whisper in his ear rather than a Botox dosage which would throw money markets in strife. Hanging on to his belief that history cannot be airbrushed.

The RBI website provided the Guv's statement, clues to his resignation and fodder to the media whirligig: “On account of personal reasons, I have decided to step down from my current position effective immediately. It has been my privilege and honour to serve in the Reserve Bank of India in various capacities over the years. The support and hard work of RBI staff, officers and management has been the proximate driver of the Bank’s considerable accomplishments in recent years. I take this opportunity to express gratitude to my colleagues and Directors of the RBI Central Board, and wish them all the best for the future.” Immediately thereafter his predecessor Raghuram Rajan, whose term was not renewed by the same government reacting to Patel's resignation fulminated – All Indians should be concerned about RBI Governor Urjit Patel's resignation – hinting at a conspiracy of silence. The clutch of attacks directed at Patel and the RBI were so artful and devious that the Governor chose to quit rather than offer a dignified response. On soc media the PM said: Dr Urjit Patel is an economist of a very high calibre with a deep and insightful understanding of macro-economic issues. He steered the banking system from chaos to order and ensured discipline. Under his leadership, the RBI brought financial stability. Dr. Urjit Patel is a thorough professional with impeccable integrity. He has been in the Reserve Bank of India for about six years as Deputy Governor and Governor. He leaves behind a great legacy. We will miss him immensely.

At the very kernel of this ugly spat was the independence of the central bank which Mint Street reckoned was under threat. So, why resign now and not earlier? Patel didn't resign at the board meeting, nor at the policy review and instead chose this Monday to quit. What happened between the policy review and Monday? Former RBI Governor C Rangarajan was equally surprised at the decision, more so because Patel chose to do so without informing the government, retaining his independence this way. Rangarajan said: I was under the impression that in the last meeting many of the contentious issues were resolved even though there were some that were left out. I do not know what happened in between.

On a day when the markets were roiled over impending state election results, given that exit polls actually gave the Congress a genuine chance to return to power in some of these states, the Indian rupee one-month forwards collapsed 1.6 per cent, leaving everyone in disarray as to what the double whammy would do on Tuesday. What with the election results and Governor Patel's resignation being factored in at the same time. Watch out for a bloodbath. Brokerage Prabhudas Liladhar was quick to add: Urjit Patel's resignation as RBI's Governor may create a temporary flutter in the markets that are waiting expectantly to know which way the citizens of three crucial Hindi heartland states have voted. Global headwinds like escalating trade war between US & China, Britain's Parliamentary vote on Brexit and fears of slowdown in global economic growth in 2019 has already led to a sharp spike in risk aversion for risk assets like equities...Government needs to urgently appoint an eminent economist preferably one who has decades of administrative experience by virtue of shouldering various senior roles in the government and who can adroitly manage the differences with the government and at the same time defend the institution's autonomy. The likes of senior civil servants & eminent economists like Dr Manmohan Singh, Mr. S Venkitaramanan, Dr Bimal Jalan, Dr Y V Reddy, Dr D Subbarao etc had managed to balance both these seemingly tough choices with aplomb.

The nine-hour-long RBI board meeting ostensibly saw many of the sticking points resolved as the eye-ball-to-eye-ball confrontationist approach saw de-escalation. The media shy and extremely reticent Governor, who was arguably the first in recent times not to given any media interviews, has obviously been pushed out although the exact reason cannot be pinpointed at this juncture. It was a tumultuous tenure which though well short of its September 2019 event horizon saw DeMo, internecine sniping between CEA Arvind Subramanian and RBI over interest rate cuts, Deputy Governor Viral Acharya launching a fusillade against an interventionist North Block in a scathing speech which was more like the tip of the spear finding its mark, battle lines were drawn over 11 PSU banks and one private sector bank put under Prompt Corrective Action, a highly contentious February 12 circular which asked banks to begin resolution of stressed accounts a day after they delayed payment and of course Patel's clean up programme against errant private sector bank bosses – Shikha Sharma, Chanda Kochhar and Rana Kapoor – and fiercely contesting Kotak Mahindra Bank's dilution of promoter holding preferential issue. Moreover, the biggest point of conflict became the RBI reserves and the functioning of its capital framework. The government wanted liquidity injections like an adrenaline shot to boost a sagging economy in an election year to add ballast to public spending. Which means that even though he remained more or less invisible, he made many enemies.

What next? After the cataclysmic events at CBI where the Spy vs Spy episodes have drawn derision and despair leaving an institution and its credibility in tatters with the judiciary now taking a view on the dirt bubbling to the surface at every hearing, the RBI saga will bring this government under further scrutiny. The ongoing face-off with the judiciary over several critical issues is another facet of this government’s shadowy manoeuvres. The RBI independence and its role in running the nation's monetary policy and inflation watching cannot be under dispute. Both in 1997 and 2008 when the East Asian contagion and Bear Sterns/Lehman Brothers induced global meltdown wreaked havoc on the world economy, India remained an island of tranquility for most part due to the sagacious management of the central bank. With the body politic paying no attention to supply side problems and an absence of intervention, it remains the RBI's forte to manage inflation using monetary tools to keep the genie bottled up. The manifestation of intense political pressure overt and covert has led to the Governor's needless exit. The RBI Act, 1934 says, “If the Governor or a Deputy Governor by infirmity or otherwise is rendered incapable of executing his duties or is absent on leave or otherwise in circumstances not involving the vacation of his appointment, the Central Government may, after consideration of the recommendations made by the Central Board in this behalf, appoint another person to officiate for him...” In the past too, Bimal Jalan who had been given a second term was removed with YV Reddy's induction, but it was done with grace as Jalan was sent to the Rajya Sabha. This too happened under a BJP-helmed government in 2003.

This time of course, it is a peculiar series of episodes and one wonders who the government wants to appoint? Hasmukh Adhia was fobbed off the CabSec's job, perhaps he is the front-runner for the job. It is a travesty that the spat has spun totally out of control with the Governor having to walk into the sunset just like Rajan, Arvind Panagriya, and Arvind Subramanian in the immediate past. Equally, there are are four deputy governors in the RBI – NS Vishwanathan (appointed July 4, 2016), Viral Acharya (appointed December 28, 2016), BP Kanungo (appointed March 11, 2017), MK Jain (appointed June 4, 2018) – and 12 executive directors. Or alternatively a top bureaucrat with domain knowledge and expertise like Yaga Venugopal Reddy or Duvarri Subba Rao can be selected. To announce a political appointee like Adhia at this specific moment will result in a notion that the whole exercise was orchestrated to install and foist a particular person. Parachuting a political person viewed from the prism of his proximity to the ruling dispensation will convince one and all that the enervation was to a large extent about getting rid of a recalcitrant Governor who did not kowtow to the government. Like gravity, big events like this suck you into a vortex of uncertainty, pity that institutions are being debilitated and enfeebled in such a barefaced manner. Chaos and bedlam will consume all of us for the next few days. The government will not answer, but fulminations will be the order of the day.