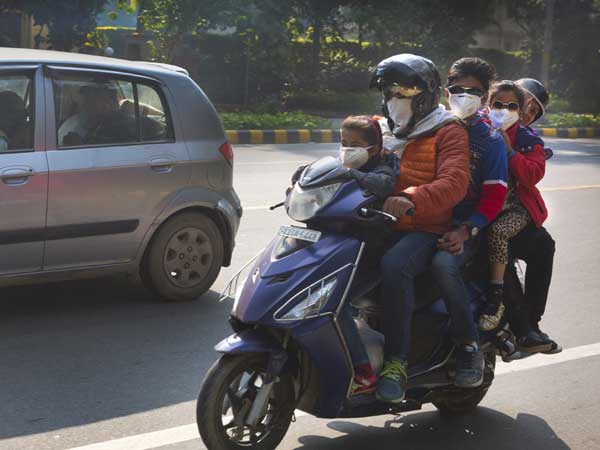 With Delhi’s air quality again slipping to severe category, a series of desperate emergency measures such as ban on construction activities and restrictions on traffic have been imposed in the national capital. The Supreme Court-appointed Environment Pollution Prevention and Control Authority (EPCA) is even considering a drastic ban on the use of non-CNG vehicles if air quality continues to deteriorate. Delhi is just a case in point; as many as 14 Indian cities figure in the notorious list of the world’s 20 ‘most polluted’, putting an entire generation of Indians at serious health risks.

Unfortunately, the current policies seem to be working on two fronts — responding by immediate knee-jerk emergency measures (mostly on the Supreme Court’s directives) while focusing on long-term plans to shift to electricity. Make no mistake; rolling out EVs will take several decades of work and infrastructural development. Indian cities do not have the luxury of waiting for 50 years to see electric vehicles become a reality. We need breathable air now. What we need are concrete and immediate policy interventions to phase out the most polluting vehicles while bringing about a rapid shift to cleaner gaseous fuels such as auto LPG and CNG.

Even among petrol and diesel run cars, the most polluting are the ones that adhere to 10 year old emission standards. Replacing the current fleet of BS IV vehicles by BS VI compliant ones rapidly can itself bring about significant improvement in air quality. BS-VI norms for car manufacturers can reduce PM 2.5 matter from diesel cars by 80% and nitrogen oxides by 70%. NOx emissions will be lesser by 25% in petrol vehicles after implementation of BS VI norms while sulphur emissions are expected to come down from 50 parts per million to 10 ppm. The Supreme Court last month directed the government to ensure that only BS-VI vehicles are sold in the country from April 1, 2020. The government must set itself clear targets to achieve this goal, and look for ways for faster implementation by offering incentives and tax breaks to manufacturers to upgrade their technology. It is claimed that implementing these new norms will require investing nearly $0.013 trillion in new technology and up-gradation of vehicles in inventory. However, the cost of unhealthy citizens owing to loss of man-hours worked on the national economy, at 3% of the $2.6 trillion GDP is still larger.

Rather than single-mindedly chasing the target of shifting to EVs — a process that will take at least three-four decades to materialise — we need to look for some low-hanging fruits immediately. Switching its public transport to CNG in 2001 had helped Delhi significantly improve its air quality in the initial years. However, these gains were offset by the rising number of private vehicles on the roads. It is necessary to convert a large number of private vehicles to gaseous fuels as well. Again, focusing on only CNG will be another myopic act. Auto LPG is another very viable and quickly deployable option for private vehicles. In fact, auto LPG has several advantages over CNG including 5-6 times lesser installation cost for refueling stations and lesser engine performance loss. Globally, Auto LPG is the third most commonly used automotive fuel after petrol and siesel; and seven of the 10 largest car manufacturers produce LPG-powered cars. Auto LPG occupies meagre space in car boots and can be transported in cylinders via lorries to reach distant outposts for quick accessibility. Rapidly shifting to a mix of these two gaseous fuels is a much easier task than shifting to EVs, and can bring about an immediate improvement in air quality.

The government needs to incentivise vehicle owners who convert to auto LPG and CNG. Incentives such as subsidising conversion costs and permit-free usage can prompt a number of users to shift to cleaner fuels. One important policy intervention urgently required is changing the existing system of Type Approval by agencies like ARAI. The prohibitive approval cost of as high as Rs 4 crore every three years has been extremely detrimental to the CNG & LPG retro fitment Industry. The Type Approval Validity must be made perpetual in line with European norms as there is absolutely no logic for the same vehicle to undergo the same cost prohibitive tests every three years.

Focus on two-wheelers as well

According to a recent report prepared by the Indian Institute of Tropical Meteorology (IITM), Pune, under the Ministry of Earth Sciences, emissions from the transport sector have risen a whopping 40% between 2010 and 2018 in the NCR. The total emission of the deadly particulate matter PM 2.5 was found to have increased by 15% over these eight years, with the transport sector accounting for 42.230 gigagrams of emission every year. Notably, more than 40% of the vehicular pollution in Delhi comes from two-wheelers. Across the country, 2-wheelers account for more than 75% of the vehicle population. Unfortunately, most policy interventions fail to address this significant cause of pollution. Pollution from two-wheelers will not be addressed by EVs even in the long run. Much like four wheelers, we need to start pushing two-wheelers towards cleaner fuels as well. Here again, auto LPG makes for the most viable alternative with 2 Wheeler Conversion Kit available at an affordable price of about Rs 5,000-5,500 along with a convenient side fitment of LPG Tank.

One of the most interestingly examples is that of several European countries such as France, Belgium, Luxembourg and Italy offering tax breaks for cycling to work. The idea of rewarding sustainable commuting behaviour is reaping rich dividends. For example, over 400,000 Belgians, or 9% of the country’s workforce receive a cycling reimbursement based on the kilometers cycled to and from work. India can take a leaf or two out of these success stories and start by incentivising citizens who chose green transport options. Measures like interest-free loans for buying electric or hybrid cars and subsidies for converting to auto LPG and CNG are options that must be explored to bring about change in consumer behaviour.
The author is director general, Indian Auto LPG Coalition