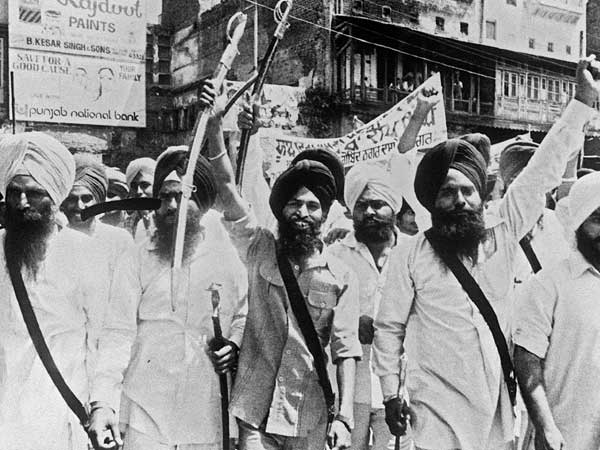 After 34 years, Sajjan Kumar has been indicted as a participant in the November riots, following assassination of prime minister Indira Gandhi. For three days, Delhi burnt, and the smoke from dead bodies, and the smell of tyres burning followed the citizens everywhere. It could be seen from rooftops, and the acrid smoke bellowed up into the sky. Taxi drivers, in those days, mainly Sikhs, would say even in the days of Timur, the streets of Delhi did not produce as many dead, as in the events following Indira Gandhi’s death. Sajjan Kumar had been seen inciting the crowds, and depositions to this effect were tendered for three decades. There was a police station directly outside his house, so he was well guarded by the institutions of the state.

Why did Congress protect the nameless and faceless platoons that went out in search of Sikhs? The government banned citizen’s Reports, which stated that Sikh houses had been marked, and people knew exactly where to go while looking for Sardars to burn. These reports were indeed circulated among the intelligentsia, who thought it necessary to be informed about the logistics by which the Congress propelled geno-cide of Sikhs.

Sardars who had always provided a strong base to the army, and whose villages had provided key support to soldiers in border villages, now became hostile. Many Sikh families from Delhi, migrated to Punjab, and in turn, pushed out Punjabi Hindus to Delhi. This mass exodus of Punjabi Hindus in the mid 1990s, changed the very tenor of Delhi’s hitherto quiet life. In effect, these Hindus, afraid of living in Punjab because of the possible backlash, flooded Delhi and altered its demography. These upwardly mobile Hindus brought with them a strong consumerist ethos. Whe-ther it was clothes, jewellery, alcohol, food, music, cars Punjabi Hindus brought their love for immediate gratification into the till then, quiet suburbs of Delhi, which had been populated by professionals, bureaucrats, artists and intellectuals.

In these 30 years, we have seen the Congress stabilise into a decadent space of commerce and liberalism, where the death of the socialist universities through privatisation was fore grounded. The univer-sities had provided a ground for education and mobilisation of the working class.

The Congress laid down the death knell for democracy in two ways. One was the hitherto suppression of justice for the victims of the 1984 Sikh genocide, explaining it away as the sudden shock of a great tree falling. The second was the neglect of the working class, and the inability to provide them with survival resources. While the market swung upwards, because of the buying power of the burgeoning middle class, which drew from corpo-ratisation and global-isation, the with-drawal of support to the trade unions led to the decimation of working class vitality and the pauperisation of the peasantry, which was being pushed out of the countryside, by the machi-nations of industrialised farm policies.

The BJP brought in its own rhetoric of religious symbols and the effervescence of religious carnival. By making promises it never meant to keep, it conveyed that rhetoric would be sufficient to keep people happy. Its economists and propaganda codifiers offered technology as the great surcease. Mobile phone apps, bank membership, loans and insurance were all strung together like mantras. And the killing fields were opened up, by exhortations by political leaders and party henchmen, so that lynching became the final solution to the people’s general unrest. Blood letting of the targeted, be it minorities, women or children, became the answer to endless impatience by criminals, about lost chances at the work place, and gnawing hunger.

The political party occupying the state, to kill targeted people, without a moment’s hesitation, again drew in the faceless crowd. The kind of wrath that was perpetually drawn up was bolstered by orthodox values artificially propelled. The crowd made the decisions. If it took 34 years for Sajjan Kumar to be named by the high court, one can imagine what it would take to convict those who gang up and kill on the basis of false rumours, circulated on smart-phones. The losses to human life and property have been huge since the BJP took power, but since warriorhood on behalf of Hinduism is seen by them to be a national right, these crimes are indeed reported by the media, but the perpetuators disappear into the night.

For the present right wing, the closure of the universities was their first impulse, be-cause the right to question, to rational choice, to meditative practice, and the will to activism against practices of totalitarianism is a given right of the Universities. The survival of institutions depends on the consciousness of the working class, and the educated strata.
(The author is an Indian sociologist, social anthropologist and a fiction writer)