Political families have come under attack for becoming power centres and not allowing others in the party to rise to the top. Importantly, they have clipped the wings of anyone who has appeared to be a threat. 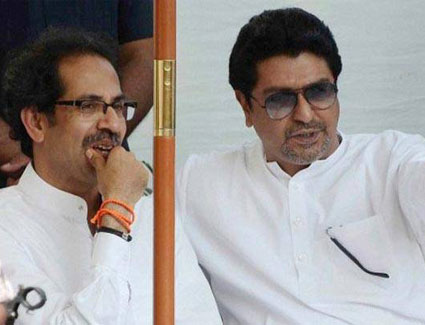 Family matters take a beating, but still a factor in politics

Political dynasties have thrived in India but their voters have often strived for development. Family lineage brings electoral dividend for the politicians but the so-called VVIP tag on the constituency they represent doesn’t necessarily help people. Dynasty politics often becomes an issue of debate but the fact remains that every political party, barring the Left, nurtures families. The Congress occupies the central place as the chief dynasty promoter as the party’s lifeline is the Nehru-Gandhi family.

Even the younger generations of leadership emerging in the principal opposition party are rooted in their family legacies. Congress vice president Rahul Gandhi has often talked about ending the culture of dynasty though he has been the biggest beneficiary of the family tag.

The Gandhis have nurtured the Amethi parliamentary seat in Uttar Pradesh as the family borough for decades. Amethi has become synonymous with the Gandhi family but that has not helped in transforming the lives of people in the VVIP constituency. In fact, over the years, it has become victim of its own image. Rahul Gandhi has been accused by his opponents of ignoring his constituency and had a tough time in the 2014 Lok Sabha elections facing BJP’s Smriti Irani.

The entire line up of the Congress party’s young leadership finds its roots in the family. The prominent young faces from Jyotiraditya Scindia to Sachin Pilot and Gaurav Gogoi – all have family lineages in politics. The list is long as almost every leader comes from a political family.

The BJP, which has positioned itself as the opponent of family politics, has family members of established leaders in its ranks. Many of these young leaders represent constituencies that where held by their fathers. Himachal Pradesh chief minister Prem Kumar Dhumal’s son Anurag Thakur is a prominent BJP young face. Former Delhi chief minister Sahib Singh’s son Pravesh Varma to union minister Rajnath Singh’s son Pankaj Singh and Pramod Mahajan’s daughter Poonam Mahajan, are others on the list.

Outside the two principal opponents, most of the regional parties are run as family enterprises. Samajwadi Party of Uttar Pradesh is centred around Mulayam Singh Yadav’s clan and so is Lalu Prasad Yadav’s Rashtriya Janata Dal in Bihar.Punjab has the Badal family which was in power for 10 years before being voted out. In Maharashtra, the Shiv Sena’s leadership is centred around the Thackeray family.Most of these political families have come under attack for becoming power centres and not allowing others in the party to rise to the top. Importantly, they have clipped the wings of anyone who has appeared to be a threat.

Going by the current trend, the dynasties seem to be fading. The Congress has lost its sheen as it delivered its worst-ever performance in the last Lok Sabha elections. The vote-catching abilities of the Gandhi family are under question following successive defeats.

The Badals lost the elections in Punjab and Akhilesh Yadav met a similar fate in Uttar Pradesh. The Chautalas of Haryana are struggling for political survival. But dynasties continue to prosper in political parties. The second rung of leadership, both in the Congress and the BJP, has sons and daughters of veterans.