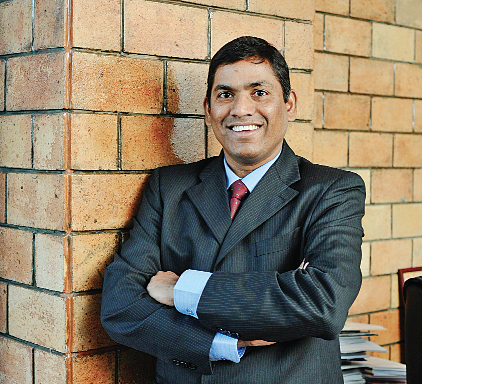 The mid- and small-cap space has become attractive due to correction in their valuation. Sampath Reddy, chief investment officer, Bajaj Allianz Life Insurance, in an interview with Falaknaaz Syed advised investors to go for a bottom-up stock picking approach rather than a generic play at this point in time. Excerpts:

What is your view on the new RBI governor Shaktikanta Das?

The government has moved quickly after the resignation by Urjit Patel from his post as RBI governor. It has reduced the level of uncertainty in the markets. Das has been a senior and experienced civil servant, and has been involved in the management of government finances as the revenue secretary as well as economic affairs secretary in the finance ministry.

Some of the issues for his immediate review will be on the RBI's prompt corrective action (PCA) framework and addressing the liquidity issues especially for non-banking financial companies (NBFCs).

The market has recovered from the negative news of Patel’s resignation and also BJP’s defeat in 3 states. Do you expect the market to stabilise from hereon or is there some more downside for the Sensex and the Nifty?

It seems that the markets had factored in the volatility around state elections outcome and most investors had generated cash in the portfolios prior to the event itself. Hence, the resultant outcome after the declaration of state elections results was taken as an opportunity to invest. The RBI governor’s resignation happened on the same day as the election results, but with the government moving quickly on the appointment of the new governor, I feel both the events are now priced in by the markets.

The markets would now focus on fundamentals of the Indian economy going forward, for example earnings growth, macro situation and other policy measures over the time.

What are the major global and domestic negatives that can weigh on the markets?

Globally, there is still risk of the ongoing trade war between the US and China, which could negatively impact emerging markets. While crude has softened considerably, it could be a macro risk for India, in case it rises back to earlier levels.

Domestically, with 2019 being an election year, there is a risk of fiscal slippage due to possible populist measures. But we continue to be positive on the markets and the growth potential of the Indian economy in the medium to long term.

An election year in India usually increases pressure on the ‘fisc’ and spur inflation. What’s your take?

Usually, the governments resort to spending activity or undertake populist measures during election years. But these are temporary phenomenon and would not change the medium- to long-term outlook for the Indian economy.

Overall, both central and state governments undertake populist measures in an election year. These are an inherent feature of elections and hence are factored in by the markets. But I don’t think it will be at the cost of capex recovery – as capex follows its own cycle. I feel the capex cycle too will turn positive very soon.

What is your view on the NBFC sector?

The recent IL&FS defaults have made NBFCs to do a relook at their asset liability management (ALM), considering that the liquidity crisis begun due to ALM mismatches. But most liquidity issues seem to be behind us. Well run NBFCs, mainly in the consumption and retail space, are doing well and are able to raise money from the markets. But it will be an additional benefit for the sector if RBI looks at liquidity easing measures for the sector.

How will the third quarter earnings be? When do you expect a revival?

We are looking at a revival in earnings growth, especially in consumer and retail-based banking and financial space. Moreover, the metals and pharmaceutical sectors also seem to have bottomed out. All this is pointing to a recovery in corporate earnings growth.

The recovery would be broad based. There are also indications that the capital goods sector is also on a recovery path.

Where do you see the rupee in the short to medium term?

The rupee is expected to remain in the 71-72 range, if crude remains at the current level of around $60 per barrel.

While Brent crude has stabilised, global central banks are withdrawing monetary accommodation and the impact of renewed Iran sanctions, trade wars are still playing out while the US economy is improving. What is your outlook on foreign fund inflows in India?

The FII outflows that we witnessed in September and October due to the depreciating currency, higher crude prices and domestic liquidity issues, seem to be largely behind us. But if we look at a long term, we have generally seen large inflows from the foreign institutional investors (FIIs). I don’t think there is any change in the macro fundamentals of the Indian economy, and hence its medium- to long-term outlook remains sound.

What’s your reading of the mid- and small-cap space? Are the valuations reasonable after the recent correction?

Yes, the mid- and small-cap space has become attractive due to correction in their valuation. But it is better to go for a bottom-up stock picking approach rather than a generic play at this point in time.

Bond yields have continued to soften on the back of sharp fall in crude oil price, strengthening rupee, lower than expected inflation, liquidity infusion by the Reserve Bank of India (RBI) via open market operations (OMOs) and reversal of foreign flows. The benchmark 10-year bond, currently at 7.44 per cent, has softened significantly from the peak of 8.2 per cent in October.

With a benign inflation outlook and liquidity infusion by RBI through OMOs, we expect interest rates to have peaked out.