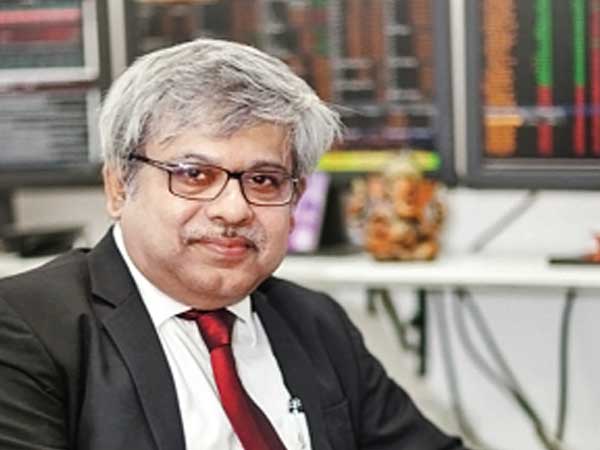 Unlike the earlier cycles, this time around the market has gone up over last 5 years while the earnings remained stagnated and thus the returns that we have earned from the equity market in last 5 years have largely been on account of multiple expansion than actual earnings growth, said Saibal Ghosh, CIO at Aegon Life Insurance, in an interview with Falaknaaz Syed. Now we are at a stage when interest rates are going up and rupee has depreciated quite a bit. Therefore, further multiple expansion from the current level can safely be ruled out, he added. Excerpts:

The October inflation has remained below 4 per cent for the third consecutive month, core inflation ticked up. Do you expect rates to be on hold in the RBI’s December policy?

Directionally we are in a rate hike cycle as RBI in the last policy announced that it has changed its stance to “calibrated tightening”. I don’t think last 2/3 months inflation reading numbers call for any change in such stance. More than inflation reading the inflation expectations are something that we need to focus on. While recent softening of oil price is comforting for inflation management but RBI will not acknowledge such softening in its inflation guidance unless it is confident on durability of such fall. Besides if the output gap is closing as per RBI then inflation will continue to be worry for the authority, especially if growth picks up from here. But timing of such rate hike is difficult to predict as it is a function of complex variables beyond economic numbers that may evolve at that point of time.

Nonetheless, directionally we are in a rate hike cycle and nothing material has changed in last 3 months.

Given several global headwinds, where do you see the rupee in the short to medium term?

Empirically from early nineties we have observed that the rupee maintained resilience at a particular level against the dollar for a 3-5 years spell until an external factor triggers it to fall to a new level. This time also it has not been an exception. I think the rupee will continue to hover around this level and the economy will adjust to this new normal.

Apart from the external factors, we may look at a simple basic fundamental rule if our inflation remains at an elevated level that is higher than rest of the globe we then will continue to be getting poorer. And this will simply show up in the currency movement over a longer period of time. While in short to medium term it could go either way depending on the how external factors that you have mentioned are unfolding.

After two months of uncertainty, the Sensex has come off quite a bit from its October 26 low of 33,300. Do you expect the market to stabilise from hereon?

Unlike the earlier cycles this time around market has gone up over last 5 years while the earnings remained stagnated. Therefore, returns that we have earned from the equity market in last 5 years have largely been on account of multiple expansion than actual earnings growth. Now we are at a stage when interest rates are going up and the rupee has depreciated quite a bit. Therefore, further multiple expansion from the current level can safely be ruled out. Thus the future return from equity market will be earned from earning growth. In this context Q3 numbers have not been encouraging. Hopefully, faster NPA resolutions, some bit of capex recovery and consumption pick up around elections will boost 20 per cent plus earning growth in FY20 that the market is expecting. Apart from these uncertainties we are now heading for election times. The market at current level is not pricing in a weaker ruling party. I think in short to medium term, market may remain volatile depending on the outcome of various election results. But over a longer period of time it does not matter who is in the ruling party as a large number of reforms are in place. Over a longer period, we are heading for higher economic growth trajectory. I am hopeful for future, but cautious on the market at the current juncture.

What is your reading now of the mid- and small-cap space?

Despite recent corrections, some pockets of mid- and smallcap stocks are still quite expensive, especially in rising interest rate scenario. But steep correction in midcap market in last one year has now put midcap return for last 3 years at par with largecap return. There are surely some opportunities arising in this segment of the marker and we are actively evaluating it. When it comes to midcap stocks we also need to recognise that at any point of time one can’t ignore this segment, especially so in a developing economy like India that is growing a high rate.

Notwithstanding short term volatility stocks from this segment of the market generate enormous amount of wealth for the investors over a longer period. As a point of reference in last 5-10 years midcap has generated over 20 per cent (annualised) returns, which is much higher than largecap returns.

We believe that more than top-down this is a time where bottom-up stock specific approach will yield better returns. But rural consumption as a theme cannot be ignored given the anecdotal lead indicators that we are seeing on the ground. Also few banks are going through leadership transitions, which well coincides with peaking out of NPA cycle and weaker competition intensity from NBFCs are looking interesting at the current juncture.

What is your outlook on bond yields and to what extent can this impact the market?

At the current level, 10-year bond is already discounting around 50-75 bps rate hike. While fiscal concern in the election year will keep the bond yield edgy but a large part of bond negatives are already in the price. The concerns that were bothering the bond market for last one year or so have already been unfolded. The rupee has depreciated, oil prices have firmed up and RBI has formally communicated its calibrated tightening stance. But what is underestimated is the slippage on combined fiscal deficit. While we talk about central fiscal slippage, we ignore state’s fiscal deficit that has been growing in size over the years. Thus, at the current 10-year level the bond yield is evenly poised between upside and downside risk.