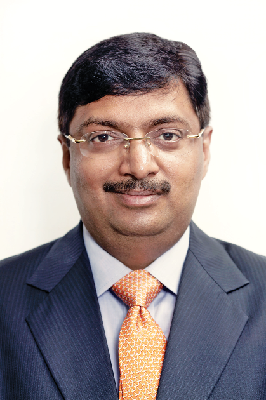 NCDs cannot be primary source of funding for NBFCs

In the next two years, investors will move beyond NBFCs and banks, and start looking at other financial services stocks like AMCs, insurance companies and wealth businesses. That’s good because it would bring diversity to investments, says Shachindra Nath, executive chairman and managing director, Ugro Capital, in an interview with Ashwin J Punnen. Excerpts:

The equity market has been choppy for the past few months. What’s your take?

The market would remain volatile because of various global and domestic issues. First of all the hot money is going back to the core of the centre that is largely the US. Then there is tariff war between the US and China and sharp currency movement, which is causing the hot money’s reflow to safe haven like the US bond. The US economy is also doing well. That’s why the global market is stable and is driven by liquidity. The more longer tenure capital that is FDI would not come till the general elections are over. Thus, till 2019 general elections the market will remain volatile.

I am saying this by presuming that the five state elections results would be a mixed bag. If the ruling dispensation wins all major states, the market will rise to a different level, but that’s not the case. So, we can expect good amount of volatility in the coming days. In this scenario investors will wait for the clarity that may come after the next year’s general elections.

The market will record steady rise after a stable government is formed at the Centre after 2019 elections. India could see a strong growth phase between 2019 and 2023.

What’s your view on the rupee given that foreign portfolio and FDI flows are drying up?

The rupee has more or less stabilised, mainly because oil is getting stabilised. The pressure oil was creating on the rupee has gone for now. I don’t think there will be huge outflow of FPI money considering that good amount of it has already taken out. Also, we are seeing a reversal in the trend over the past two months. Thus, there will not be too much volatility in the rupee.

It is unlikely to go back to the previous levels. It will remain volatile but in a range of 70-78.

Is the financial services sector a good investment option?

What’s your take on corporate earnings?

There is an uptick in the earnings over the last quarter. The capex cycle has started in some sectors like consumer. But big sectors like pharma, telecom have not seen any major investments.

Have bad loan problems been sorted out or it’s still a worry?

It is not a matter of generalisation. NPAs have been in three buckets: NPAs of public sector banks, NPAs of private sector banks and bad loans in NBFCs.

NPAs at public sector banks have come out and fresh NPAs are unlikely to crop up in a big way. Now the question is why and how it will be resolved. In private sector, it is a mixed bag. NPAs in private banks are in control. NPAs in NBFCs are not a major problem. There will be pain for the next 7 quarters till the public sector bank NPA issue is resolved and these banks start lending, which will help industry grow. Till then the pain will remain. Private banks and NBFCs can’t back the economy without PSU banks coming into play.

How will the NBFC sector crisis pan out?

NBFCs have changed their business model to some extent. The problem begun when NBFCs started believing they are equal to banks and started trying to replicate a bank, which was not the right thing to do. NBFCs are subservient to banks because they borrow from banks and largely depend on banks for funds. They are here to serve a segment that is not serviced by banks.

The heightened risk of cascading effect that started from IL&FS and the fear that many entities would blow up have vanished. I don’t see a default risk happening at any big NBFC. But liquidity is an issue. They got liquidity by selling assets and that channel is closed for now. Traditionally, NBFCs have the problem of sourcing resources. They got funds from banks, then mutual funds and then the CP/NCD market. Any imbalance will create a systematic problem.

All stakeholders should work towards solving the problem. Thus NBFCs should stay relevant by solving a particular credit problem by working in partnership with banks and other financial institutions for asset creation.

NBFCs raised a lot of money from public through NCDs. Will they be able to tap this market again?

If we are talking about the next six months, yes it will be difficult. But one year from now, NBFCs will be able to raise funds through public issue of NCDs since the market by then would realise that there was no default risk in the sector.