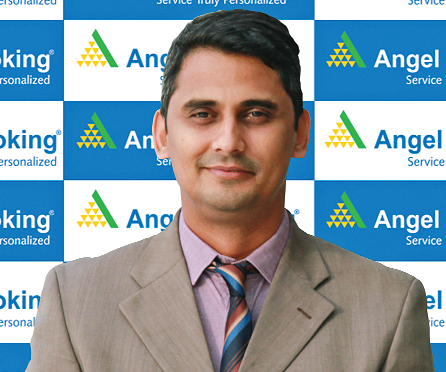 Sharpest impact of liquidity crisis will be on banks, NBFCs

The market has witnessed a good foreign fund investment in the recent months as overseas investors have shown interest in Indian indices. The bandwagon was later joined by the RBI, which infused Rs 40,000 crore in the market and is willing to add the same amount again in December. The strengthening rupee has helped the sentiments of FPI investors in debt markets, feels Mayuresh Joshi, fund manager at Angel Broking, in an interview with Sangeetha G. Excerpts:

#In November we saw foreign investors returning to the Indian market, especially showing interest in debt funds. What were the reasons behind this renewed interest?

Foreign investment in debt funds is largely driven by the real rate differentials between the US and India. FII selling was quite rampant in September and October due to the weakening of the rupee and the bond yields in the US dropping closer to the 3 per cent mark. With Indian inflation coming below the RBI mandated 4 per cent mark, FPIs are more comfortable that the real rate differential should be maintained. The rupee strengthening from 75/$ levels to the 71/$ levels has also helped the sentiments of FPI investors in debt markets.

#Is this foreign fund inflow sustainable in the coming months, considering our rupee movement and upcoming elections against low valuations in other emerging markets?

Let us remember that we have seen inflows of about $1.30 billion in the month of November in equities, while debt has been less than a quarter of that. But this is on the back of over Rs 1 lakh crore worth of FII selling that we saw in equity and debt since the beginning of the fiscal year 2018-19. Foreign funds may still look at a lot of safety nets before investing in India in a big way. For example, they would need to say how the NBFC issue pans out, how the IL&FS fiasco is handled, how the NPA recoveries are managed, how valuations in India compare with Asian peers, how the fiscal management pans out etc. These are more from an equity perspective. From a debt perspective, the US Fed trajectory and the value of the rupee may matter a lot more. While selective buying will be there in the Indian markets by FIIs, any large scale buying will have to be a macro decision based on how FIIs look at Emerging Markets as a whole.

It may be difficult for valuations to come down much further. In the September quarter, Indian companies reported 22 per cent growth in sales and 11 per cent growth in profits. With Brent Crude prices back to $60/bbl from a high of $86/bbl, the profit growth should improve in the coming two quarters as input costs fall. However, the lag effect on the rise in input cost inflation in the quarter gone by would reflect in q3 numbers. Albeit, as commodity/crude prices soften and if one presumes they stay around these levels, it would start reflecting positively on the financials due to the positive leverage created.  If you were to look at it sector-wise, the heavyweights like private banks, autos, selective infrastructure names and FMCG have corrected quite sharply. These 3 sectors have a very strong linkage to domestic demand factors and that is still robust. The strategy should be to sell out of hype and buy into solid domestic growth stories.

#Has the RBI fully eased the liquidity concerns? How do you view this issue affecting the stock markets?

The RBI did infuse Rs 40,000 core into the markets in November and it plans to infuse another Rs 40,000 crore into the financial markets in December. However, the current liquidity shortfall is around Rs.100,000 crore so the pressure is likely to continue on financial markets. The sharpest impact of this liquidity will be on banks and NBFCs who are relying on that market to raise funds; especially the NBFCs. However, with SBI and other PSU banks committing to multiply their lending to NBFCs that issue should also be sorted out. The worst of the impact may already be in the index.

#How long we will see the volatility in the equity markets continuing?

The VIX has moved up closer to the 19-20 mark and that is a clear indication that volatility is likely to continue in the short to medium term. Volatility in India arises from a variety of factors. There are concerns on the domestic macros and the markets would ideally like to witness the government meeting its fiscal responsibility targets. The talks in the G-20 summit shall be a determining factor on how things are shaping up between US and China and the larger implications for global trade. The Opec meeting and the decisions arising out of it shall have a bearing on the movement of crude and the respective implications of that would be borne by emerging economies and their currencies. Globally, the trade war remains a major bone of contention as it threatens to slow down the global growth. Financial flows into India also are a concern as FIIs have been risk off for the last one year. That shows no signs of changing. To add to it, there is the worry of corporate governance issues with a lot of Indian mid-cap companies and even some large cap companies. That overhang continues.

#The world has been looking forward to the Trump-Xi G-20 meeting. How did equity markets respond to this meeting?

In the sidelines of the G-20 Summit in Buenos Aires, the meeting between Trump and Xi will assume added significance. The US has already imposed penal tariffs on Chinese imports to the tune of $250 billion and China has also retaliated. With a combined GDP of close to $40 trillion, these two economies are just too large not to impact other economies. Markets will surely be hoping that there is at least a kind of ceasefire between the US and China on economic tariffs so that further damage can be stemmed. The world economy can ill afford another bout of economic slowdown worries at this point of time.

#How do you evaluate the trade war scenario going ahead?

While we believe that trade will be eventually as free as possible, the fight may be quite protracted and the US will look to extract maximum mileage. The Chinese economy continues to be driven by global demand and it is likely to get hurt if these sanctions continue. We believe that once there are additional concessions from the Chinese side, the trade war should gradually fade away.

#Considering the fact that elections in some of the states as well as the parliamentary polls are getting nearer, what should be the strategy of an equity investor for the short to medium term?

Our view is that the elections may have a temporary impact on the markets in terms of sentiments but is unlikely to impact markets in a structural way. The volatility related to the outcome of the state elections to be announced on December 11 shall keep the markets on tenterhooks and based on the results the view for the general elections shall be firmed up. However holding on to better quality names from the index where the earnings outlook look on a solid footing and defensives like IT/pharma would be a prudent strategy to ride through this volatility.