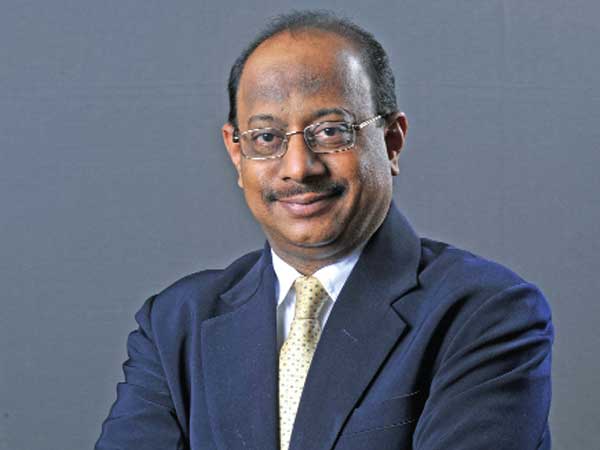 If we look at the long-term trend, the rupee has always depreciated by 3 per cent per annum on an average. Bucking that long-term trend, in the past four years (barring the immediate past three months) the rupee has remained strong, primarily on account of the benefit arisen out of lower crude oil prices, said AK Sridhar, chief investment officer, IndiaFirst Life Insurance, in an interview with Ravi Ranjan Prasad. Today, both the factors are in negative territory, he added. Excerpts:

A series of developments like surge in crude oil, weakness of the rupee, progress of monsoon, 25 bps rate hike the RBI and the US Fed has been there recently. How do you see these developments impacting the equity market in the medium term?

The broad macro-economic indicators from global markets coupled with rising crude oil prices and increasing interest rates could drain liquidity from emerging markets. When liquidity is squeezed, it’s natural to expect a shift in the flow of funds from risk asset classes to safer asset classes and from relatively risky emerging markets to safer developed markets. It’s happening now and is likely to continue for few more quarters.

Because of that equity as a whole to see outflows and the market might either see a correction or remain neutral in short to medium term. In terms of FPI pulling out, it has been happening in the bond market significantly over the last 4 months. Outflows from the equity market have not been as significant as in the debt market.

The money pulled out by FIIs/FPIs from the equity market has been more than adequately replaced by inflows from institutions like mutual fund. Over next one to two quarters, the strength of domestic institutions to withstand any continued outflows by FIIs/FPIs could be limited and hence support may not be from domestic institutions. So the domestic equity market could witness either some more downward correction or may remain lacklustre with sideway movements and volatility in the next two-three quarters.

How do you see RBI policy on interest rate panning out and its impact on companies?

We expect two more interest rate hikes of 25bps each this year. The hikes will not significantly hit the largecap companies in the listed equity market as most are either cash-rich or not leveraged. Companies under NBFCs, housing finance segment, construction/real estate will have some negative impact due to rise in interest rates. We don’t see other sectors getting significantly impacted due to rise in rate. We don’t have concerns on growth – both top as well as bottom lines – for most large companies and sectors. But due to expected lack of liquidity in the system, money won’t chase even those stocks that are already trading at a high valuations.

The high interest rates could see a shift in domestic savings going into other asset classes such as bank deposits, small saving instruments, debt MFs and even to realty & housing. It could slow growth of inflows into the equity market.

What’s your take on weakening of the rupee?

We expect the rupee to weaken further in the next one-two quarters. If we look at the long-term trend, the rupee has always depreciated by 3 per cent per annum on an average. Bucking that long-term trend, in the past four years (barring the immediate past three months) the rupee has remained strong, primarily on account of the benefit arisen out of lower crude oil prices. During that 4 years, the foreign flows into India had also been good.

Today, both the factors are in negative territory. Our non-oil/non-gold imports have not subsided. So we see the rupee depreciating in the near-term.

The rupee depreciation is positive for the IT sector and few other companies that have some exports. But overall the rupee weakening is not going to be a directly be negative for many sectors and companies. Our dependence on exports is fairly limited and this is kind of blessing in disguise. But increasing interest rates and crude prices will impact them negatively.

The global trade protectionism rhetoric is playing out as short-term negative in the equity market. How will it impact the Indian market in the medium- to long-term?

Trade protectionism is not good for emerging market economies like India. More than trade protectionism, the concern arises more due to due US restricting India to import crude oil from Iran. As we are already having a problem of large current account deficit, these developments will affect us indirectly. Trade protectionism would also impact Indian firms that have international operations as the US imposes curbs on steel and auto parts imports.

Indian firms that expanded their overseas business when the rupee was strong are likely to get hit now. As the rupee gets weak they would find it difficult to service their overseas dollar borrowings.

Are mid- and small-cap stocks worth accumulating from a fund manager perspective as Sebi has introduced additional surveillance measures?

Valuations of midcap segment have moved up over the last two years and have become expensive & over-valued. Partly it’s correcting now – over the last 2 months and it’s on expected lines. Despite corrections, valuations are not at any reasonable level to consider buying many of them. There might be few exceptions. But largely, it’s not right time to buy midcap stocks. One needs to be extremely cautious. But still there are good companies that are fundamentally strong, both in private and PSU segment. One has to select them first then accumulate and wait for its turn to come, for the market to realise and recognise its worth.

But, even in such stocks/sectors, returns are not going to come immediately. It will come over 2-3 years, as one has to wait for next market cycle.

Pharma stocks are rallying after bottoming out. Is it a good time to accumulate them from the long-term perspective?

Pharma is a good sector to be in now as valuations are attractive. Whatever has to happen has happened and the overhang on FDI inspections & qualifications are getting resolved. We look at this sector positively, with attractive valuations and limited downside risks.