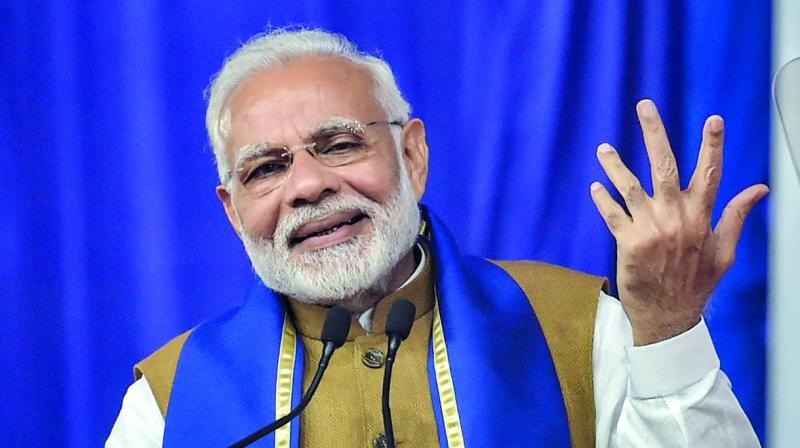 In a media interview, Mr Modi also said he believed the automobile industry and auto demand will bounce back strongly and soon, indicating a likely stimulus package soon to boost demand, ahead of the festival season starting next month.
The auto industry is in the middle of a slump, forcing big companies such as Maruti Suzuki, Tata Motors and Mahindra & Mahindra and auto component makers like Bosch to cut production in response to slow demands.

“It is a big relief for the automobile industry, the sales of which have been down in the dumps for an unprecedented period, with no visible revival,” an auto honcho told Financial Chronicle. When contacted many auto honchos were preparing their statements on this.

He said there was panic that the government was going the whole hog on electric vehicles when it set a timeline of 2023 for the two-wheelers and 2025 for the three-wheelers. Companies had made a huge investment and the two-wheeler market was 25 million units a year and growing, he said, adding that millions of jobs were at stake.

“The auto components manufacturers alone employed over 5 million people with garages even seen in villages and everyone was on the edge,” Mehta pointed out. He said the industry with a turnover of $57 billion, or Rs 3.95 lakh crore, with $15 billion exports last fiscal was under a threat.

“There is no need to speculate about the growth of either of the two. We are in a unique situation where both ICE and EV-based automobiles can co-exist, co-create and learn from each other,” he said.

“The PM has now clarified to rest the issue,” RC Bhargava, Chairman at Maruti Suzuki, said.

He said the government never said it did not want ICE-based vehicles, but a public impression was created and auto component-makers were panicking.

“To go from zero to some per cent of EVs, say to two or five or 10 per cent, it will take years and the ICE vehicles will still continue to grow,” Bhargava said, pointing out that India was a growing market.

He said at present the electric penetration in Europe is only 2 per cent.

“There was this unwitting conflict created between ICE and EV in the auto industry and now the PM has clarified to the relief of all stakeholders,” Shekar Vishwanathan, Vice-Chairman and Whole-Time Director at Toyota Kirloskar Motor, said.
Now the Niti Ayog should execute it, making it into a clear cut policy, he said.

But Saket Mehra, Senior Auto Analyst and Partner at Grant Thornton India, said, “The PM’s statement may cheer supply side but not demand side.”

He said consumer sentiment is down not because of EV but the slowing economy, liquidity crunch and other factors.

Rahil Ansari, Head at Audi India, said, "We  are enthused by the honourable PM's confidence in the bounce back of the auto industry, his vision of ICE-based automobiles and EV's co-existing and his intent on supporting the industry towards growth. It is also the right time to appeal to banks to take decisions to move the business accordingly.”

“We will further request him to put a firm policy in place for next five to ten years so that the industry knows where we are headed and can perform at its best."