With retail inflation inched up marginally to 3.21 per cent in August, and industrial production growth slowing to 4.3 per cent in July. 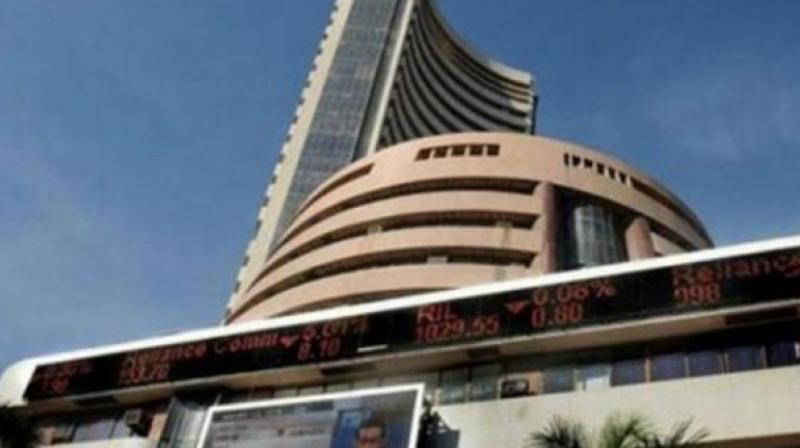 Mumbai: Equity market is likely to continue its positive momentum as the easing US-Sino trade war tensions and hope of RBI cutting interest rate as well as stimulus measures announced by the government may trigger buying interest.

With retail inflation inched up marginally to 3.21 per cent in August, and industrial production growth slowing to 4.3 per cent in July, investors are expecting a rate cut by the RBI next month.

"The short term trend of Nifty is positive, next upside levels to be watched around 11100-150 levels (crucial overhead resistance) in the next few sessions. A decisive/sustainable move above this hurdle is likely to increase the strength of upside momentum," Nagaraj Shetti - Technical & Derivative Analyst, HDFC Securities.

On the F&O front, the highest put base for the Nifty is at 11000 strike. The Nifty has largely remained above these levels last week. Analysts expect 10950 to act as an important support for the index in coming sessions. The Nifty may attempt to move towards 11200, which is the highest call base, they said.

With rupee appreciation from highs of sub Rs.73/$ levels, the IT sector in particular has become vulnerable and is expected to start a larger downtrend given the high valuations, experts said.

"Nifty50 has jumped from its oversold levels nearing its resistance levels at 11150 -11200 which will act as strong hurdle to cross for the bulls. Velocity of the rise is slightly slower than the previous months rally, which gives a cause of concern in the short term but a decisive break above 11200 will signal the resumption of bull market rally. Sell on rise should be adopted by traders with appropriate stops when Nifty reaches the resistance levels," said Jimeet Modi, Founder & CEO, SAMCO Securities & StockNote.

The market is likely to react positively to the announcements made by the government boost sagging economy.

"The new measures announced by the FM on Sunday for stimulating the economy send the clear message that the government is giving top priority to reviving growth in the economy. The measures announced on Sunday relating to housing and export promotion like textiles will provide a big boost to employment too since these are labour intensive industries. The Rs 10,000 crore fund for providing last mile funding for stalled non- NPA, non- NCLT projects needs to be specially appreciated," said V. K. Vijayakumar, Chief Investment Strategist, Geojit Financial Services.