When it comes to performance motorcycles, Yamaha has always given us products, which have been ahead of the competition. 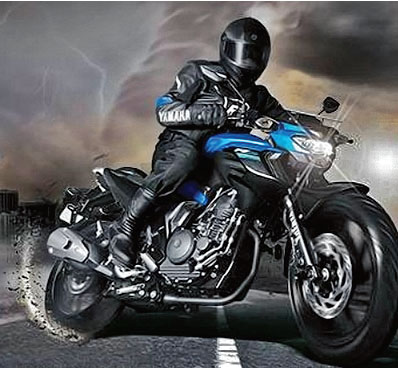 When it comes to performance motorcycles, Yamaha has always given us products, which have been ahead of the competition. Be it R15, YZF-R3 or its legendary RD 350, Yamaha has always managed to give its rival a good run for their money. Still, there was one segment it was lacking, the 250cc segment where they have finally introduced with its new naked street-fighter, the FZ?25. This Indian specific model does not look so impressive on paper, but out in the world, things turn out to be quite different.

Yamaha intends it to be an upgraded model for existing FZ16 owners more than anything and claims that the bike has been tailored for urban conditions. We recently got a chance to run it up and down on Uttarakhand mountains to see how well this claim pans out.

Even a momentary look at the FZ25 will verify that it belongs to the FZ family. It carries the same muscular, beefed up ready-to-pounce design that won the heart of many two wheeler enthusiasts, though there is a definite maturity to it.

It looks beefed up when compared to its smaller displacement sibling and its sharp, low-positioned DRLs headlight (daytime running lights) will strike an impression on the audience. However, it doesn’t command spectacular road presence. The front tri-LED unit is very small compared to the overall size of the bike but works just fine giving decent illumination on the road. The overall looks speak out bold and tough and to add to it is the fat MRF rubber on the 10-spoke alloy wheels to do the job. The short exhaust design is taken exactly from the younger FZ siblings.

Under its beautifully carved tank there lies a 200-cc, single-cylinder air-cooled engine with a SOHC, two-valve configuration, that churns out 20.9hp at 8,000rpm. As we mentioned earlier, on paper, comparing spec sheets and price charts will do the FZ25 no favours.

The proof of the pudding comes in the riding. The FZ25’s power is delivered efficiently, predictably and in a very linear manner. Its 20Nm torque delivery is quite satisfactory, ensuring good performance in the urban crawl as well as off-road.

In fact, the throttle response is this bike’s USP (unique selling point) – a slight twist of the wrist and there is an almost immediate response from the engine without any lag. Its engine has been tuned to offer strong bottom-end and mid-range of power, while the gear ratios of the five-speed transmissions are well spaced out making it spot on for city or highway riding. Power to the rear is transferred by a five-speed gearbox that shifts crisply and precisely. Engine refinement levels are up to Yamaha’s reputation and it claims a fuel efficiency of 43kpl, which is quite impressive.

While talking about its competition in this segment, it will go head on against the likes of few popular bikes in our market, which includes Pulsar 220, Pulsar AS200, KTM Duke 200 and TVS Apache RTR200 4V. All of these competitors are currently enjoying great success due to their value for money positioning in our market and the FZ25 is expected to stir the segment with its pricing. The FZ25 is surely a value for money bike - priced at Rs 1.19 lakh (Ex-showroom). This makes it significantly cheaper than the slightly powerful Duke 200 and it is slightly costlier than the smaller 200cc offerings, which keep it in the sweet spot. FZ25 is the best bike for those who look for a feature rich, enthusiastic and stylish naked bike which is available at a tempting price.

The Yamaha FZ25 is the first quarter-litre naked from Yamaha Motor India and has everything that the FZ16 lacked to fulfill the ‘Lord of the Streets’ tag. Apart from missing the first mover’s advantage, Yamaha is in fact late to join the 200-250-cc party. The specs, at least on paper, won’t make your eyeballs pop out, but what they have got right is the price., it really is an appealing price for a quarter-litre bike carrying the prestigious logo.