'We're going to look at the performance for every operating company'growth rates, profitability and return on capital' 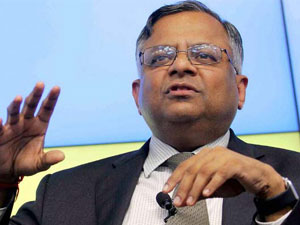 Emphasising that there will “definitely” be pruning of the Tata portfolio, Tata Sons chairman Natarajan Chandra?sekaran has said the company will not exit a business “just to get a headline” but only when it is certain the group is not getting returns from it.

"Tata is already a $100- billion group. To get to the next level we need scale. We can’t do it with multiple small companies. We need top companies. I am not saying specifically that all companies need to be No 1 or 2 [in their sectors], but we need to have top companies,” Chandrasekaran said in an interview to the Fortune magazine.

The magazine noted that Chandrasekaran, 54, is not ruling out selling off underperforming companies. "We won't exit a business just to get a headline. But we will exit if we aren't getting returns today and we don’t think we’ll get them tomorrow. I have thought a lot about this. We’ll definitely prune the portfolio," the former Tata Consultancy Services (TCS) chief said.

The report said Chandrasekaran’s colleagues and investors hope he can transfer to the rest of the Tata Group some of the “digital magic” he brought to TCS, where he tripled sales and profits during his seven years as CEO. "One of my key messages is that we’re going to look at performance for every operating company—growth rates, profitability, return on capital,” he said. "You can’t perform if you’re not fit. If you want to run a six-minute mile, you have to bring your weight down.”

The report said much of the House of Tata is in “urgent need” of renovation, with some of its biggest businesses growing sluggish and vulnerable to smaller, nimbler rivals.

"Chandra has vowed to reorganise the group to focus on growth and scale. Tata’s corporate roster is rife with opportunities for consolidation, with multiple companies competing in the same segment. Even veteran Tata executives are hard-pressed to explain why Tata Finance, Tata Housing Finance, and Tata Capital Finance operate as separate companies,” the magazine said.

Chandrasekaran took over as chief of the holding company of the multinational conglomerate in February. He is the first non-Parsi chairman of the 150-year old Tata Group.

The report said Chandrasekaran isn’t pushing significant changes to the reporting relationship with the trusts. “I am not briefing [them] on what we’re doing with every single company. But they are the primary shareholder for the group. I don’t think there is a conflict in keeping them informed,” he said.

On the group’s Nano car, Chandrasekaran stresses that Tata Motors will have other priorities. “Passenger car sales are small, and within that the Nano is even smaller. I don’t think shutting down the Nano plant is a decision the team will make.”

"You know the corporate world. If you are asking if I feel like I have as much power as any other CEO, the answer is yes. But it’s a process. It’s not like I can get up in the morning and say, ‘Hey, I want to exit financial services.' There’s a discussion. I have a long conversation with the board. Every decision has to be thought through, explained to the management...I’m pretty happy with the amount of freedom I have,” he said.