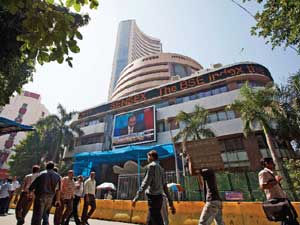 Market witnesses pre-budget rally as expectations run high
A positive momentum seems to be building up in the market ahead of the budget as investors are expecting a set of announcement from finance minister Arun Jaitley that could jumpstart the economy hit by demonitisation.
The market closed at its highest level in two-and-a-half months on Tuesday on hopes of fresh economic reforms in the next week’s annual budget. Analysts are expecting the pre-budget rally to continue, mainly led by banking, capital goods and infrastructure stocks.
Key indices Sensex and Nifty have seen a huge pullback rally over the past month with both gaining over 6 per cent. From its low level of 25,807 points on December 26, 2016, the Sensex has gained 1,568 points to close at 27, 375 on Tuesday, while the NSE Nifty 50 surged 490 points in the same period to close at 8,475 points.
“Budget expectations are running high, with hopes of higher infrastructure spending and lower corporate and personal tax rates. And that is why we are seeing a rally in the market, it also coincides with the stability coming back globally,” says Andrew Holland, CEO, Avendus Capital Alternative Strategies. Historically, the market enters the budget week with more scepticism. An analysis shows since 2007 the market has seen a pre-budget rally only in 3 years, while for 7 years the Sensex gave negative returns in the fortnight before the budget announcement.
In 2007 and 2009, the Sensex was down sharply shedding 9.8 per cent and 7.7 per cent, respectively, during the two weeks to the run-up to the budget. (See accompanying chart).
And pre-budget rallies were also modest with gains of 2-3 per cent in 2014 and 2016. But positive momentum seems to be building up ahead of the 2017 budget.
“The market is likely to remain firm till the budget as expectations are building up on a few positive announcements in the budget on the tax front that could mitigate some of the damages caused by the demonitisation,” says Vikram Dhawan, director, Equentis Capital. “Over the past few trading days, positive momentum has been building up and that will be well supported till the budget,” he adds.
Gains are partly because things are stablising globally and investors are seeing the Trump inauguration as a positive sign for the Indian market. Anand James, chief market strategist, Geojit BNP Paribas Financial Services, said: “Earnings positivity continue to edge stocks ahead, and investors were seen adding on to positions, with only a few days before the much anticipated budget is presented.”
Many are expecting the current rally to continue till the budget. “Undoubtedly, we would continue with our bullish approach in the market and now expect the Nifty to march towards 8510–8600. On the lower side, 8398 would now act as an immediate support level. Today, we saw so many stocks soaring along with healthy volumes. We expect this activity to continue and hence, traders should keep hunting for individual stocks which may offer better trading (buying) opportunities and fetch higher returns as compared to the index,” says Sameet Chavan, chief analyst-technical & derivatives, Angel Broking. end-of
Tags:
news
Latest From Markets