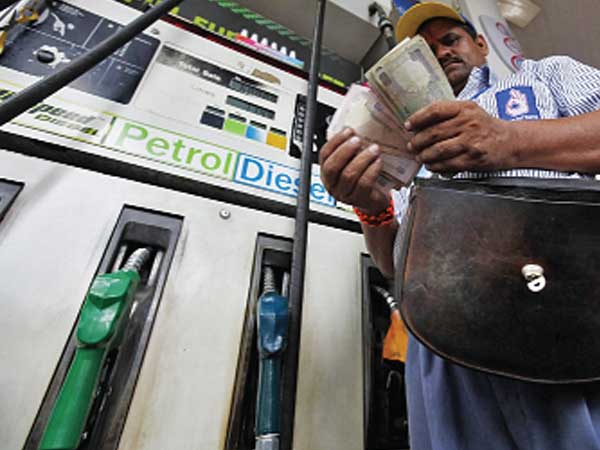 Caught between election compulsions and a surge in global crude oil prices, administered price regime seems to have made a hurried come back in the petroleum sector with state-owned oil companies beginning to hold back any increase in retail prices of petrol and diesel.

While the move has come as a big boon for transportation — fuel consumers who have been forced to pay higher prices daily for the last few months — it has rung alarm bells for oil marketing firms who see a return of under recoveries pushing them into the red again. For two straight weeks starting April 24, retail prices of petrol and diesel have remained unchanged across the country even though during this period crude oil prices have jumped by more than $4 a barrel requiring more than Rs 2 per litre increase in price of the two petroleum products.
This is a retrograde step as the government as part of a large reform programme for the oil sector a few years back freed petrol and diesel pricing. In fact, public sector oil marketing firms had switched to a daily price revision scheme since June last year allowing prices of the two products top move in tandem with market forces every day.

“The price of petrol and diesel is not being revised mainly on account upcoming assembly elections in Karnataka. It should certainly not trigger restart of administered price mechanism (APM) for the two products and pricing freedom should make a return post-May 12 polls in the state. But the companies will make losses in several hundreds of crores during the period,” said an executive of a public sector oil company asking not to be named.

The government has told oil executives not to discuss petroleum product pricing in public. The constant increase in retail price of petrol and diesel, that has breached all time high levels in most states across the country, has brought negative publicity in hordes for the government.

The government used to exercise control over the pricing of petrol and diesel earlier that was termed as APM. Though even then oil companies fixed the retail prices, they used to do so strictly on the basis of vibes coming from their political bosses. The government on its part also used to subsidise the losses for oil marketing companies on sale of petrol and diesel (under recovery) through the budget.

The price of petrol and diesel were last revised on April 24, when it stood at Rs 74.63 and Rs 65.93 a litre respectively. It has remained static since then even though crude oil (Indian basket) stood at around $69 a barrel on April 24 and is close to $73 a barrel now.

Globally also crude oil prices have spiked with benchmark Brent crude oil price settling close to $76 a barrel, the highest since 2014. The price of petroleum products, the benchmark used to fix retail prices in India, has also jumped by over $4-5 a barrel.

While fuel consumers are facing the brunt of higher prices, the Centre has refused to provide respite by further cutting excise duty on petrol and diesel. This, despite the Centre making a killing from addition levy of excise duty on the two petroleum products that were raised on nine occasions between November 2014 and January 2016. This raised duty on diesel by a whopping 380 per cent from Rs 3.56 per litre in April 2014, to Rs 17.33 per litre, all in 3 years. In case of petrol also, excise went up from Rs 9.48 per litre to 21.48 per litre, a 127 per cent increase.

The raises increased excise collections of the Centre from Rs 99,000 crore in 2013-14 to about Rs 300,000 crore in 2017-18. Since the Modi government came to power, it is estimated that Rs 6,25,000 crore of excise/VAT has been levied on consumers but benefit of lower duty has been provided only once when excise on the two products were reduced by Rs 2 a litre on October 4 last year.