Small businesses and traders have always found ways to avoid paying taxes. They have now come out with new ways to escape the two-day-old e-way bill displaying their ingenuity in hoodwinking tax authorities. 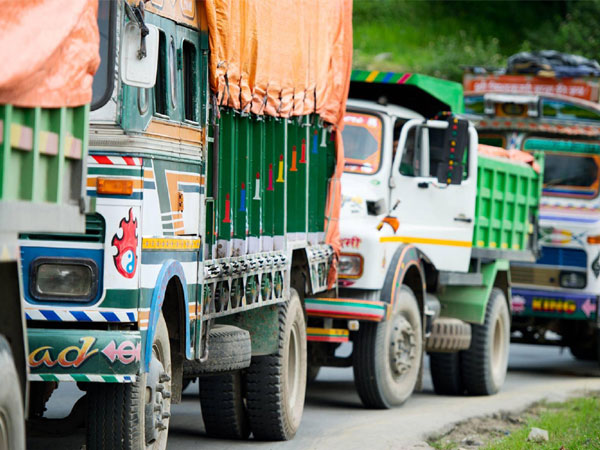 Small businesses and traders have always found ways to avoid paying taxes. They have now come out with new ways to escape the two-day-old e-way bill displaying their ingenuity in hoodwinking tax authorities.

Transport sector watchers said small businesses are splitting the value of goods to make them below Rs 50,000 to avoid compliance with e-way bill.

The present rules exempt consignments valued below Rs 50,000 from filing details at the time of their movement from one state to the other.

“Many traders and transporters are now bifurcating the parcel freight forwarding of consignments below Rs 50,000 value to escape e-way bill compliance. Maybe in the next few days the GST (goods and services tax) authorities would be compelled to lower the compliance limit to Rs 25,000 value to further curb the tendency to avoid the requirement,” said SP Singh, senior fellow at the Delhi-based Indian Foundation of Transport Research and Training (IFTRT), a transport research organisation.

In order to check tax evasion in the new indirect tax regime, the government has made it mandatory for transporters to carry an electronic-way bill (e-way bill) from April 1 while moving goods worth more than Rs 50,000 from one state to the other.

The digital pass has details such as type of goods, its value, names of consignees and recipients among others thus making it difficult for businesses to escape the tax net.

Industry and tax experts said businesses in the unorganised sector were out of the tax purview earlier and so they are making all attempts to evade taxes. Further, the small businesses think that the government would be lenient in dealing with tax evasion given that it is early days for the new system and hence they are making most of it.

“Some of the businesses in the unorganised segment believe that the government cannot monitor all the transactions. Thinking that they are trying to make some windfall gains. They believe that a complete system is still not in place and expect amnesty and extension. So, they are not scared at this stage and taking the advantage,” said Amit Bhagat, tax partner at PwC.

Bhagat, however, added that once enforcement increases, all these issues would get sorted gradually. Also, in an online system unless the entire transactions in the chain are cash-based it will be difficult to avoid the scrutiny.

The government is expected to make e-way bill mandatory for intra-state movement of goods also in coming months as it seeks to tighten screw around tax-evaders.

As per the original schedule, the government had implemented the e-way bill on February 1 but in a major embarrassment the system had crashed on the very day it was launched.

Following this, the central government deferred the implementation of the key anti-evasion provision indefinitely. Later the GST council decided on April 1 to re-launch the bill. After its launch beginning this month, the system has so far been functioning properly.

“Seems like a good start this time as the systems could generate close to 2.89 lakh e-way bills on the second day of the rollout. The real test would be in the days to come with an increase in the volume of transactions. This time the government has to ensure a positive signal to the industry in terms of their capabilities to manage systems related issues,” said Suresh Nandlal Rohira, partner, Grant Thornton India.