In absolute terms, this was Maruti’s highest sales in any month this fiscal. 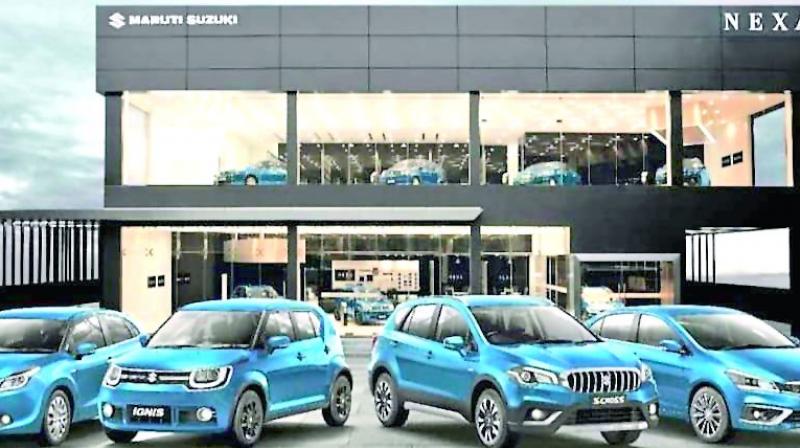 PUNE: The 42 days festive season between Navratri and end of Diwali, which typically brings in about 20 to 25 per cent of car sales rescued Maruti Suzuki, India’s largest car maker, which for the first time reported a 2.3 per cent growth in passenger vehicle sales in October ending a declining trend in monthly sales that started back in March.

But other major car makers like Hyundai, the second biggest car maker, followed by Mahindra, Tata Motors, Toyota Kirloskar and Honda Cars continued to report declining sales but improved their sales tally due to demand in festive season, especially during Dhanteras and Diwali.

In absolute terms, this was Maruti’s highest sales in any month this fiscal. The last time it had posted higher sales than this was in March 2019 when it had sent 145,031 units to its dealers.

In India, auto makers count car dispatches to dealerships as sales. Maruti saw growth coming from two of the most crucial sub-segments – compact cars and utility vehicles. While this could still be a temporary revival in the market sentiment, Maruti’s numbers do hint at a good month for other auto firms too.

Sales at Hyundai Motor fell 3.8 per cent at 50,010 units last month, down from 52,001 units in October 2018, the company said. Sales at Mahindra and Mahindra, India’s biggest utility vehicle maker, fell 23 per cent to 18,460 units from 24,066 units last year. “The festive October month was excellent for Mahindra, with retail volume exceeding wholesale by approximately 40 per cent. This robust retail performance was contributed by both passenger and commercial vehicles. Further, our billing numbers are in line with what we had planned for the month, since the objective was to significantly correct our channel inventory. We hope to see the positive consumer sentiment continue going forward,” Veejay Ram Nakra, Chief of Sales and Marketing, Automotive Division at Mahindra and Mahindra, said.

Sales at Tata Motors, India’s biggest automaker by value, also declined by 28 per cent at 13,169 units, down from 18,290 units it sold last year. “Retail sales results have been encouraging with retails at 36 per cent more than wholesale,” Mayank Pareek, president, passenger vehicles at Tata Motors, said.

Customer response was positive to festive offers and retail sales last month were the highest in this fiscal recording a 70 per cent increase month-on-month, he said.

“We remain optimistic that the positive sentiments of the festive season will lead to a structural recovery in the market,” Pareek said.

“Compared to the last few months of slowdown, it was quite encouraging to see the marked improvement in customer orders on account of festive season,” N Raja, deputy MD at Toyota Kirloskar Motor, said. He said he is hoping this pace in retail sales continues beyond the festive season.