Will be nearly identical to the global-spec model, powered by a 95kWh battery pack with a claimed range of over 400km. 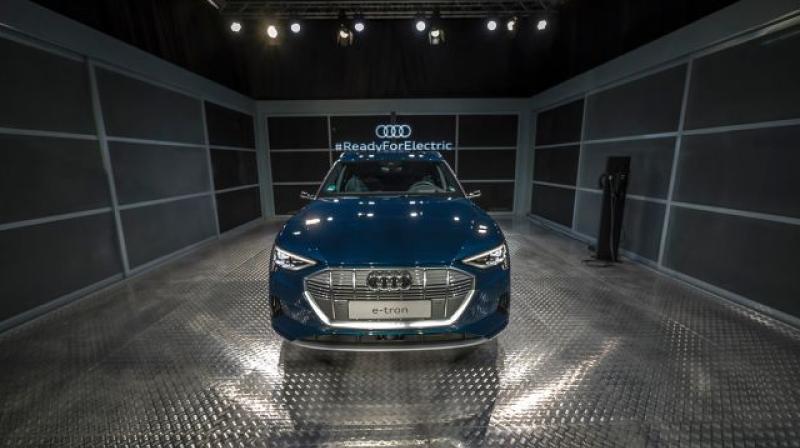 German carmaker Audi has revealed the e-tron for the Indian market. The e-tron is an all-electric SUV that was revealed globally in November last year and is Audi’s first truly all-electric product for the global market. 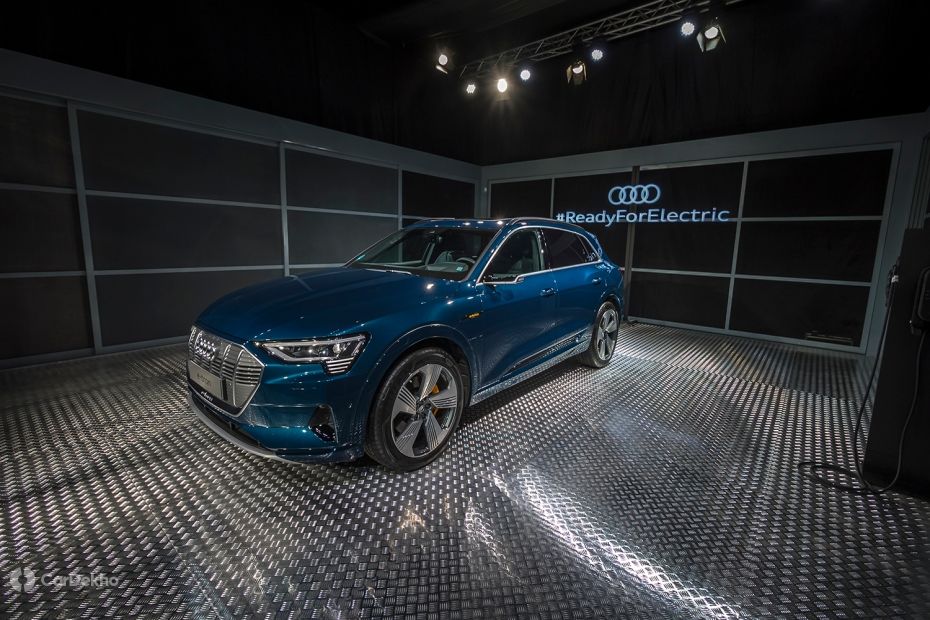 The e-tron is powered by two electric motors, one on each axle. It even has Audi’s quattro all-wheel drive system, but the mechanical gears have been replaced with an electronic system that controls the power being sent to each wheel. The total output of the system is 360PS and 561Nm and the e-tron do the 0-100kmph run in just 6.6 seconds. The SUV also has an automatic boost mode which can bump up the power by 48PS and torque by 103Nm, reducing the 0-100kmph time to just 5.7 seconds. The top speed of the e-tron is capped at 200kmph. 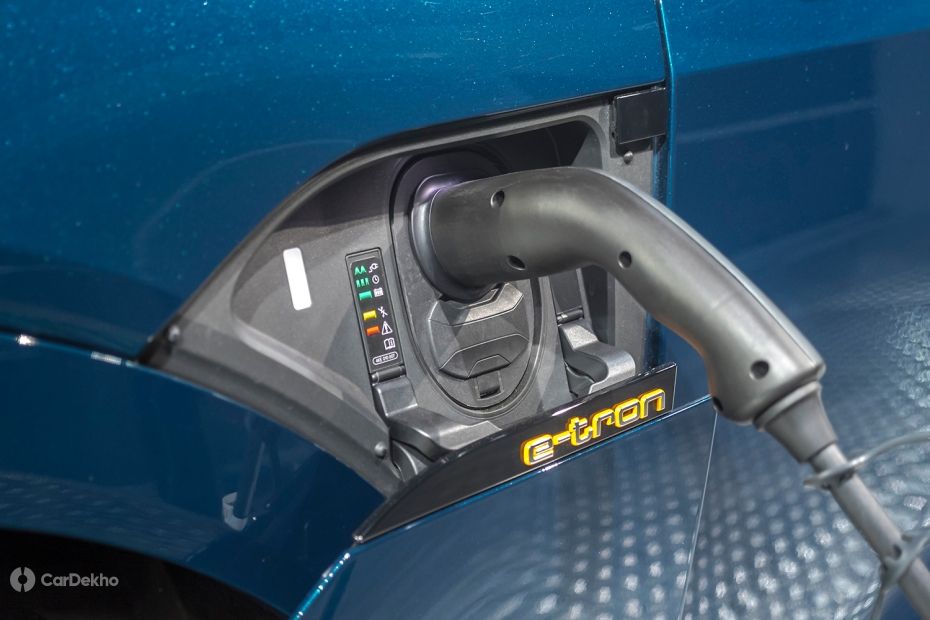 According to Audi, the e-tron has a maximum range of 400km as per the latest Worldwide Harmonised Light Vehicle Test Procedure (WLTP) cycle. It has a 95kWh battery pack that can be charged from 0 to 80 per cent in just 30 minutes, using DC quick charging. The e-tron also has brake energy recuperation which tops up the batteries with the recovered energy lost during braking. The electric SUV also rides on air suspension, and the SUVs ride height automatically adapts to the drive settings. If you are driving fast, the e-tron’s height will be lowered, but if you take the electric SUV off-roading, the ride height automatically increases. 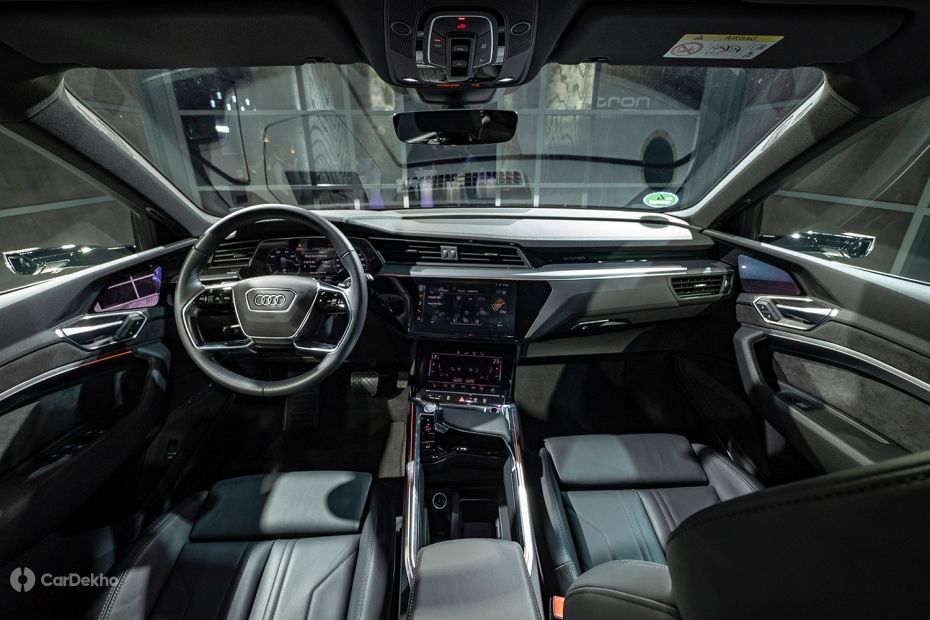 On the inside, Audi has packed the e-tron with features, the most prominent of which are the touchscreens on the doors. They relay a feed from the cameras outside that act as ORVMs. Audi says this makes the e-tron more aerodynamic. In all likelihood, this feature, among others, would be offered as an optional extra. The e-tron is also specced with Audi’s Virtual Cockpit setup which allows drivers to customise the instrument cluster according to their liking. It also gets dual central touchscreens which serve a variety of functions like managing the air conditioning, navigation and drive settings. 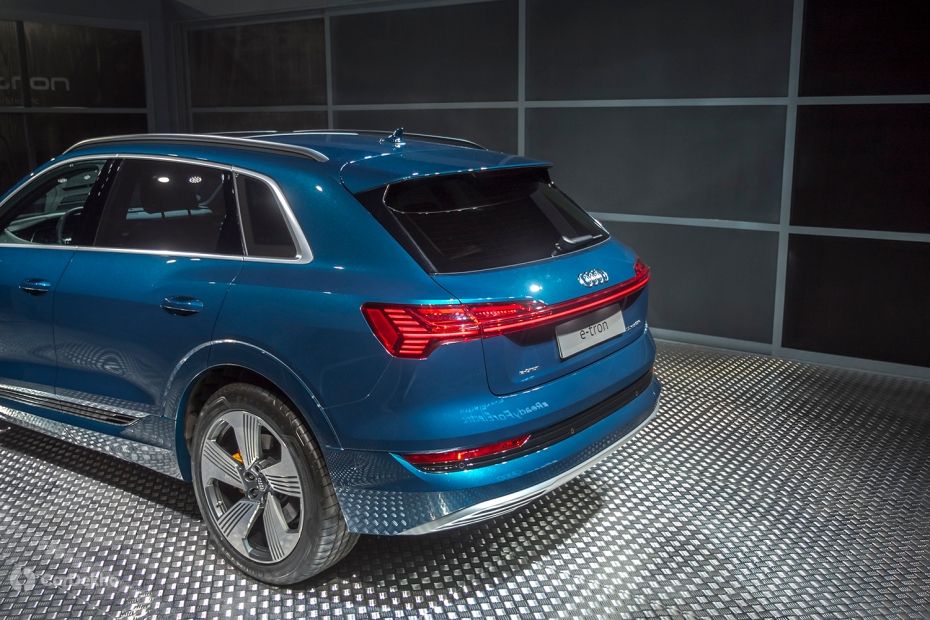 Apart from this, the e-tron also comes with a 4-zone climate control, a B&O sound system, panoramic sunroof and a wireless phone charger In India, the Audi e-tron has no real rival but in the global market it will go up against the likes of Jaguar I-Pace, Tesla Model X and the Mercedes-Benz EQC. However, Jaguar and Mercedes are also expected to launch the I-Pace and EQC in the country respectively. Audi will bring the e-tron via CBU (Completely Built Up) route and it is expected to cost more than Rs 1 crore.