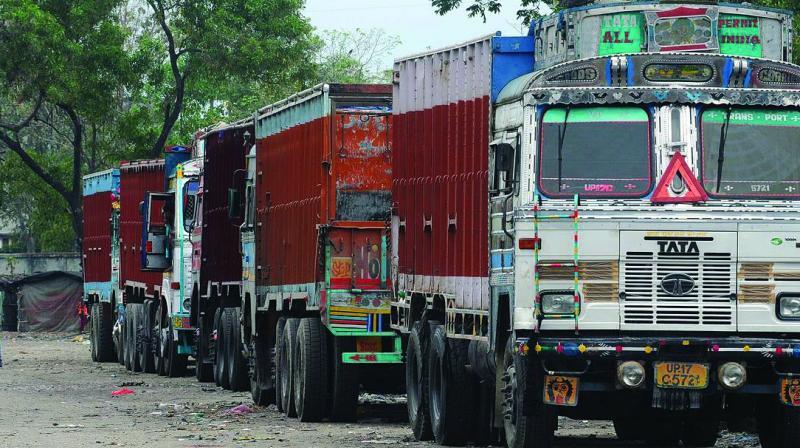 PUNE: Commercial vehicles, the barometer of the economy, continued to slide in August with major automakers such as Tata Motors, Ashok Leyland, VE Commercial Vehicles and Mahindra & Mahindra reporting higher, double-digit slump in sales in August even as the government rolled out slew of measures to bail out the bleeding auto industry.

Tata Motors and Ashok Leyland, which together command more than 80 per cent of the commercial vehicles market, dragged down sales last month. Sales of commercial vehicles at Tata Motors, India’s biggest automaker by revenues and maker of popular trucks like Tata Prima trucks and Tata Ultra trucks, fell a whopping 45 per cent at 21,824 units last month. It has sold 39,859 units in August 2018.

He said system stock reduction through retail focus and aligning production, will continue to be its approach. “Retail sales are estimated to be ahead of wholesale by over 25 per cent in August. We are looking forward to a positive impact of the recently announced stimulus package  by the government,” Wagh said.

Sales at VE Commercial Vehicles, a Volvo Group and Eicher Motors joint venture, were down 41.7 per cent at 3,538 units in August. The company had sold 6,069 units in August last year.

Eicher branded trucks and buses recorded sales of 3,462 units in August compared to 5,948 units in the same month last year, a decline of 41.8 per cent.

“The auto industry continues to be subdued in the month of August due to several external factors. We are optimistic and hopeful of a good festive season going ahead,” Veejay Ram Nakra, Chief of Sales and Marketing, Automotive Division at M&M, said.

Rajan Wadhera, President at the Society of Indian Automobile Manufacturers, said car, truck and two-wheeler sales are significantly negative, indicating that the market has still not responded to the various measures initiated by the government last month.

“The series of announcements on credit availability and reducing the cost of credit do not seem to have percolated down to the NBFCs,” he said.