With its sights set on the Toyota Fortuner’s throne, Jeep is working on a new SUV for India. 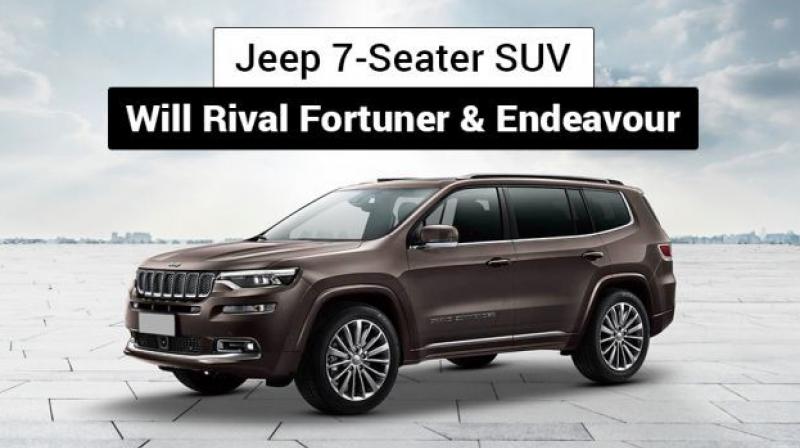 Jeep currently does not offer any models in this segment in India but it does have a 7-seater SUV of similar size in China known as the Grand Commander.

In 2018, at an investor summit, Jeep had shared its product plans leading up to 2022. Included in that plan were some of the new models that are set to arrive in the Indian market to help Jeep expand its product portfolio beyond the success of the Compass. One of the future models is an all-new 7-seater SUV and here’s what we know about it so far:

As we already stated, it’s a 7-seater, which means it’ll have three rows of seats. It will be bigger than the Compass and Wrangler but smaller than the Grand Cherokee. Jeep currently does not offer any models in this segment in India but it does have a 7-seater SUV of similar size in China known as the Grand Commander. What India will get is the ‘low-D 3-row SUV’ mentioned besides the Grand Commander in the slide below. The official name for the upcoming 7-seater is yet to be announced. 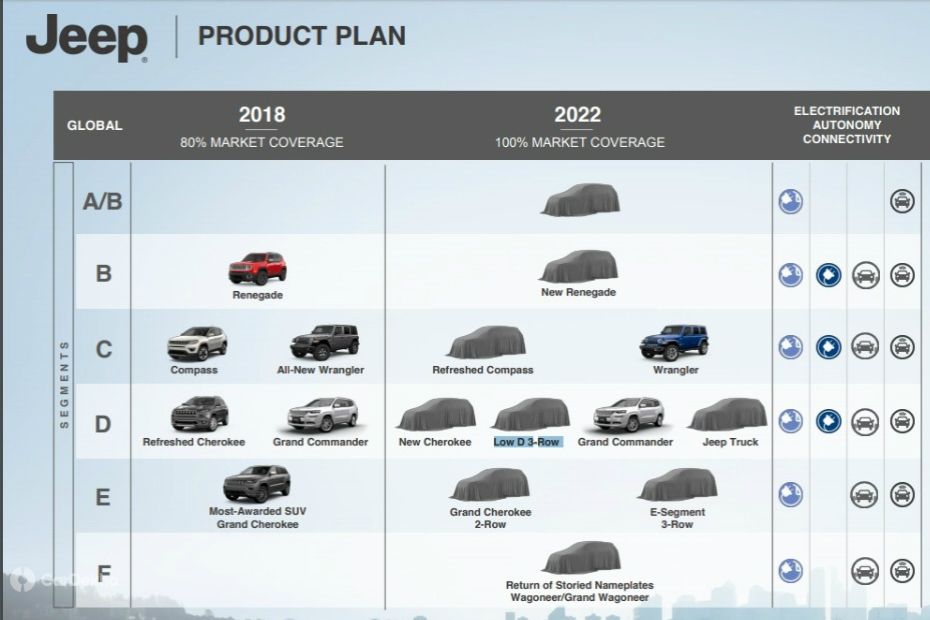 The Jeep Grand Commander was launched exclusively in China in mid-2018 where it is positioned as a premium 7-seater SUV. While Jeep’s low-D-segment 7-seater SUV is an all-new model that will come to India, it is expected to take inspiration from the Grand Commander. 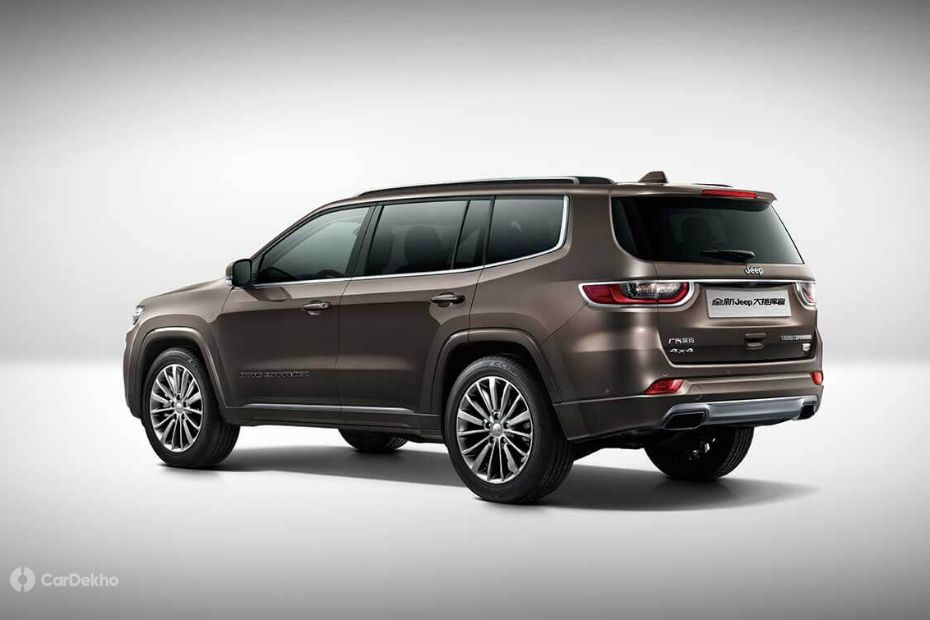 Jeep’s plan did not specify the exact launch schedule for the upcoming SUVs for the Indian market. However, we now know that the new low-D SUV will hit the Indian market around end-2021 or in early-2022. It will be introduced after the launch of the Jeep Compass facelift (expected in 2020) but before the sub-4m B-segment SUV.

3 - What will it compete with?

It will be a Jeep, which implies that this new 7-seater SUV will be endowed with trail-rated off-road capabilities and a comfortable cabin. In India, this upcoming model will be a direct rival to the likes of the Toyota Fortuner and Ford Endeavour. As a 7-seater, it will also compete with the Skoda Kodiaq and the Honda CR-V. 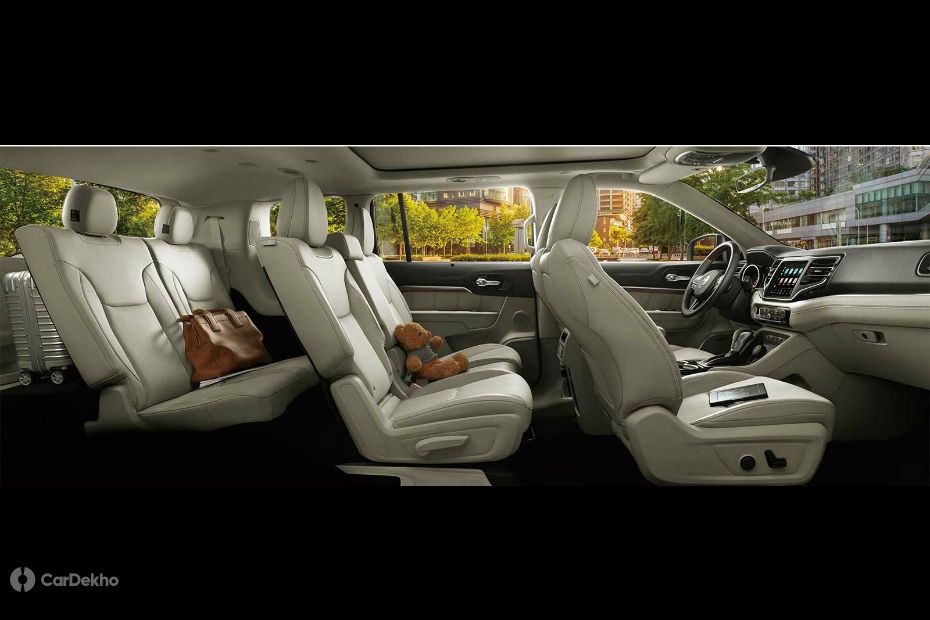 4 - What are the expected prices?

Jeep should be making the new D-segment 7-seater in India to give the model a competitive price tag of around Rs 30 lakh. It would most likely be produced alongside the Compass at Jeep’s facility near Pune. It could also be manufactured for export purposes as well like the Compass.

5 - What will be the engine options?

This new Jeep 7-seater SUV is likely to be offered with both petrol and diesel powertrains in India. The diesel motor is expected to be the same 2.0-litre unit that powers the Compass, making 170PS and 350Nm with a choice of 6-speed manual or 9-speed automatic. 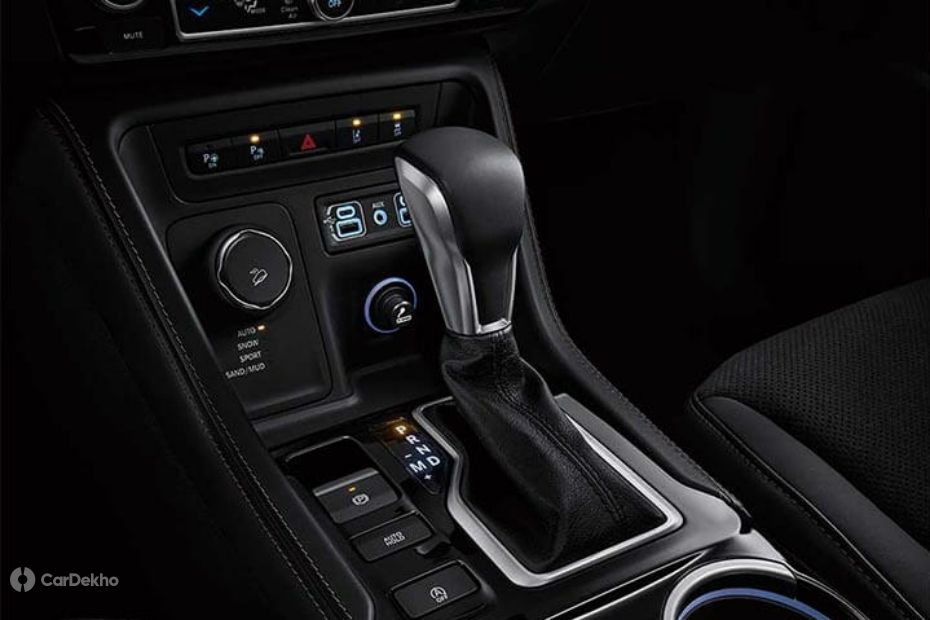 The petrol-option could be the same as offered in the Grand Commander and the new  Wrangler - a 2.0-litre turbo-petrol engine mated to a 9-speed automatic gearbox. It’s offered in different states of tune with the power output ranging between 234PS and 275PS. This could also be offered in India with a manual transmission to keep the entry-level prices low.