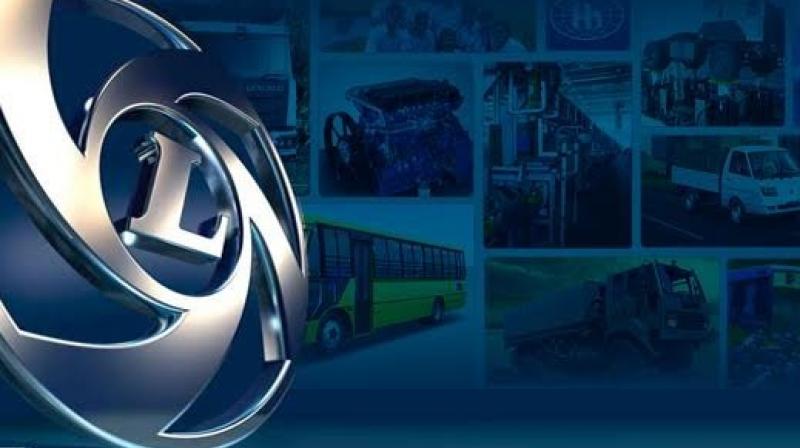 New Delhi: Shares of Ashok Leyland on Monday plunged over 7 per cent in early trade after the company reported 92.61 per cent decline in net profit for the second quarter ended September 30.

However, later the scrip bounced back and was trading marginally higher by 0.39 per cent at Rs 76.90 on the BSE during the late morning trade on the BSE.

Ashok Leyland on Friday reported 92.61 per cent decline in net profit at Rs 39 crore for the second quarter ended September 30.

Revenue stood at Rs 3,929 crore for the second quarter, down 48 per cent as compared with Rs 7,621 crore in the year-ago period, Ashok Leyland said in a regulatory filing.

"The industry has witnessed a 53 per cent decline in volumes. Volumes for Ashok Leyland also witnessed a significant drop in this quarter, despite this, we have been able to achieve an EBITDA (earnings before interest, tax, depreciation and amortisation) of 5.8 per cent," Ashok Leyland Chairman Dheeraj G Hinduja said.