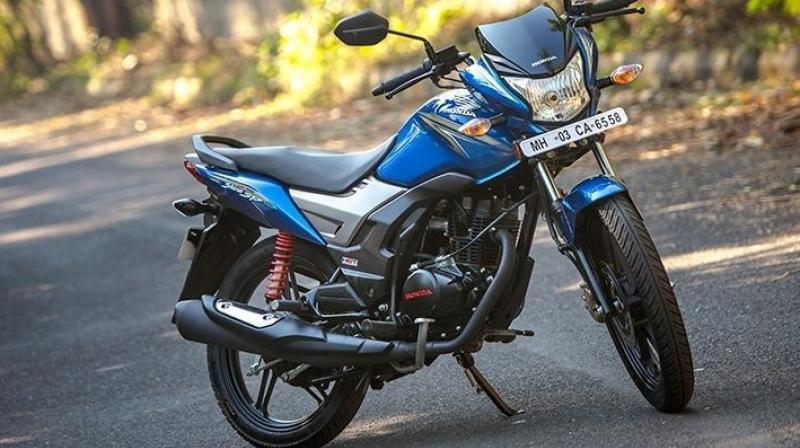 The new model is around 11 per cent costlier than the outgoing model and, as per the company, delivers 16 per cent better fuel efficiency.

Commenting on the launch, HMSI President, CEO and Managing Director Minoru Kato said the new model would raise the bar for technology, style and performance in the 125 cc motorcycle segment.

The new model is around 11 per cent costlier than the outgoing model and, as per the company, delivers 16 per cent better fuel efficiency.

HMSI Senior Vice President, Sales and Marketing, Yadvinder Singh Guleria said the company has a market share of 39 per cent in the 125 cc bike category. The company has already sold 80 lakh 125 cc units in the market till date, he added.

"The production of the SP 125 has begun and the model would start arriving at the dealerships by the end of this month," Guleria said.

He added that with double-digit sales growth in the festive season, the company's inventory level has come down to less than a month.

On a query related to slowdown in the domestic market, Guleria said the company did not anticipate any change in the market dynamics for at least 3-4 months owing to various macro economic factors.

The company, however, is on schedule with the introduction plans of BS VI compliant models, he added.