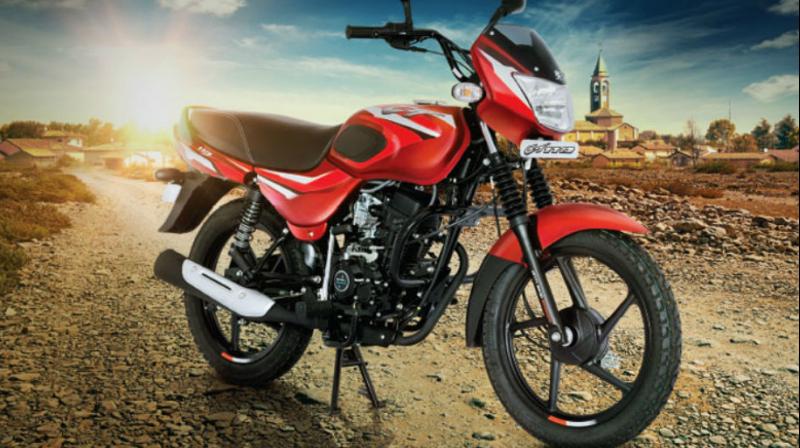 The new CT110 gets a bigger engine compared to the CT100.

Bajaj has officially launched its new commuter motorcycle, the CT110, and it’s available in two variants - KS Alloy and ES Alloy. While the lower-spec variant is priced at Rs 37,997, the top-end ES Alloy variant retails at Rs 44,480 (both prices, ex-showroom Delhi).

Although it says 110 in the suffix, the new CT110 is actually powered by a bigger 115cc motor which churns out 8.6PS of power and 9.81Nm of torque. Transmission duties are handled by a 4-speed gearbox. The other major difference between the CT100 and the CT100 is the brake setup. While the lower-spec variant is equipped with 110mm drum units at both ends, the new CT110 features bigger 130mm drums on both ends.

Suspension components, however, are similar on both the motorcycles: telescopic up front and dual SNS shock absorbers at the rear.

In terms of competition, the new CT110 goes up against the TVS Radeon (Rs 50,430) and the Hero Splendor (Rs 51,290, ex-showroom Delhi). Here's Bajaj's official release regarding the launch