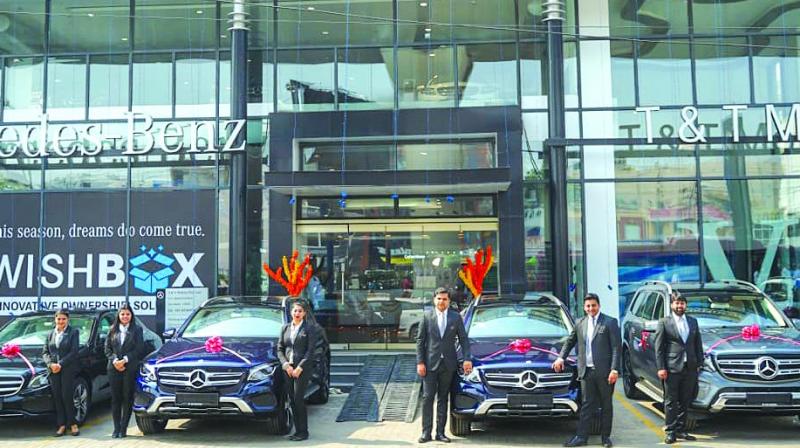 PUNE: It is clearly a dim Diwali for mass auto makers with a drop in demand for cars and two-wheelers but the luxury car market in the world’s fourth largest auto market is sparkling with record sales.

They said even other models from their respective portfolio were sold out like hot cakes during this festival season.

The Pune-based Mercedes-Benz said in a statement that it sold 600 cars to customers across markets on Dhanteras, an auspicious occasion to buy gold, silver and other valuables and mainly celebrated in Northern and Southern India.

In addition, the company said that it has sold off the current Mercedes GLE SUV, three months ahead of plan, owing to an unprecedented demand from across India.

And now it has opened the bookings for the upcoming new generation GLE SUV scheduled to be launched early next year.

The festive period saw unprecedented demand for Mercedes-Benz vehicles across the country, especially in Northern region of Delhi NCR, Punjab, and in Western regions of Mumbai, Pune and Gujarat, the company said. It said the 'record' 600 cars sold on the Dhanteras day, almost 50 per cent (over 250 units) were delivered to customers in Delhi NCR alone.

“The festive season has been satisfactory for us and we are glad to see an overwhelming response to our products from across markets,” Martin Schwenk, managing director and chief executive at Mercedes-Benz India, said.

“We are excited to see the response to the current GLE, which sold out three months ahead of the plan,” he pointed out.

Also, on the occasion of Dussehra and Navratri on October 9, the German auto major had sold over 200 cars of its various models in a single day.

As for the rival BMW, the second largest luxury car maker, it sold out its first-ever BMW X7, the largest SUV ever built the company, in less than three months of its launch. This was the entire year’s production, the company said, adding that it was still working out details of the sales of other models.

“The first-ever BMW X7 received a phenomenal response from all over India and has been completely booked within three months of launch,” Rudratej Singh, President and Chief Executive Officer at BMW Group India, said.

“For us, X7 is only the beginning. BMW India has the freshest portfolio in the luxury car market and all our latest launches are generating tremendous demand,” Singh said.