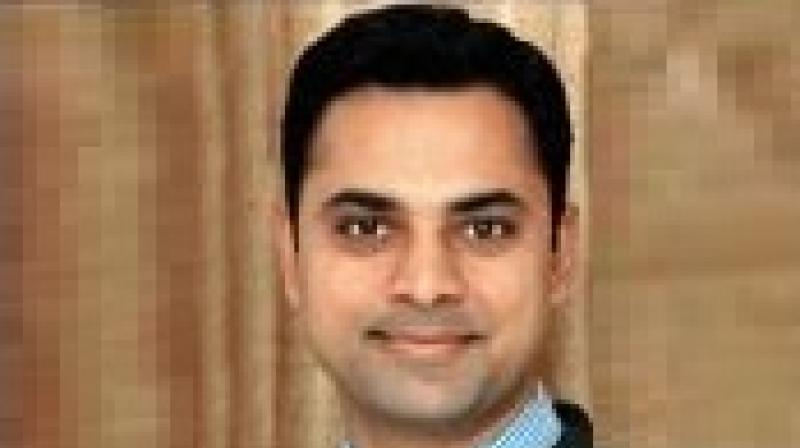 New Delhi: Attributing the slowdown in economy to domestic and global factors, chief economic Adviser KV Subramanian on Friday said that he is hopeful that the government is taking various steps to boost economic expansion.

“The slowdown in growth is due to endogenous and exogenous factors. The government is alive to the situation and has taken several measures, including mega merger of banks and it remains committed to its fiscal glide path,” he said.

Gross Fixed Capital Formation (GFCF), which is a barometer of investment, at constant (2011-12) prices was estimated at Rs 11.66 lakh crore in the first quarter as against Rs 11.21 lakh crore a year ago.

Analysing the data, the government also said that in terms of GDP, GFCF at current and constant prices during the first quarter was estimated at 29.7 per cent and 32.5 per cent respectively, as against 30 per cent and 32.8 per cent a year ago.

It is, however, learnt that a slew high-frequency indicators like auto sales continue to weaken. In addition, the risk of further escalation of the US and China trade war are weighing on demand and business confidence in India. In the recent past, the central bank had marginally lowered the GDP growth projection for 2019-20 to 6.9 per cent from 7 per cent projected earlier in the June policy, and underlined the need for addressing growth concerns by boosting aggregate demand. “Real GDP growth for 2019-20 is revised downwards from 7 per cent in the June policy to 6.9 per cent - in the range of 5.8-6.6 per cent for first half of 2019-20 and 7.3-7.5 per cent for the second half — with risks somewhat tilted to the downside,” RBI had said in its monetary policy statement. In an effort to get economic growth back on track, the government recently took several steps, including further liberalised foreign direct investment (FDI) rules in many sectors earlier this week and allowed 100 per cent foreign investment for coal mining, associated infrastructure and sales of fuel. As far as the country’s fiscal position is concerned, the government has set a fiscal deficit target of 3.4 per cent for 2019-20, the same as 2018-19. However, a separate government data also showed that India’s fiscal deficit in the four months through July stood at Rs 5.48 trillion or 77.8 per cent of the budgeted target, for the current fiscal year. “Net tax receipts in the first four months of the fiscal year were Rs 3.39 lakh crore, while total expenditure was Rs 9.47 lakh crore,” it showed.