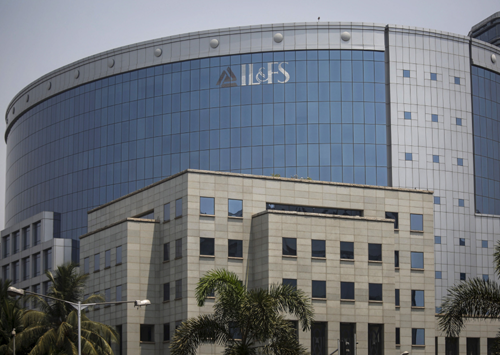 Saving IL&FS is in everybody’s Interest

A salvage operation to avert a monumental debt default crisis seems to have set in motion over the weekend after a closed door annual general meeting (AGM) of more than two dozen shareholders of beleaguered shadow banker, IL&FS. The firm has managed to convince its shareholders to infuse liquidity to tide over the crisis.

As part of the plan, the company will complete the rights issue and enable it to re-capitalise itself. It is planning to raise up to Rs 4,500 crore through a rights issue.

"We have addressed several issues that have been concerning you which resolve to achieve normalcy of our operations,” IL&FS vice-chairman and managing director Hari Sankaran said in a video shared by the company after its annual general meeting in Mumbai.

"The strategy has three parts: to successfully complete the ongoing rights issue to enable the company to recapitalise itself; to sell assets and repay our creditors; and third is to be able to get liquidity to repay our debtors till our asset sale cycle begins," he said.

This development comes after the Reserve Bank of India (RBI) deputy governors N S Vishwanathan and M K Jain met representatives of LIC, the single largest owner with 25.34 per cent, and Japan's Orix Corporation, that owns 23.54 per cent, and reportedly asked them to ensure the systematically important NBFC does not go down.

The Mumbai-based engineering and infra lending giant owes over Rs 91,000 crore to lenders and has been on a defaulting spree since August 27. So far, it has failed to make payments as many as nine times.

For working out a detailed restructuring plan, it will appoint Alvarez & Marshal to formulate a turnaround strategy.

It would also pursue a moratorium under the Companies Act to come up with a restructuring plan that works for both creditors and shareholders.

Some shareholders who attended the AGM, which was not open to the media, told waiting reporters that Sankaran said that they are in discussion with the government and the RBI to put in place a legal framework before it could sell assets.

"Proposed asset sale can happen only with a legal framework as the company is in default. They have kept a timeline of 45 days to get the legal framework in place to commit to sell assets," a shareholder said.

Another shareholder said the management also hinted at retrenchments as well as salary and bonus cuts to reduce cost.

The debt-laden company has set a target of selling over two dozen assets to raise around Rs 30,000 crore. It is eyeing to raise Rs 12,000-16,000 crore by selling its transport business (ITNL), the shareholder added.

As many as 14 out of 19 road projects of ITNL have been completed and are saleable, they said.

"The bulk of rights issue LIC, Orix and SBI are likely to subscribe. They are hoping to raise full Rs 4,500 crore," another shareholder said.

The IL&FS group is facing a serious liquidity crisis and has defaulted on interest payment on various debt repayments since August 27.

The downgrade of IL&FS to junk has put Rs 10,000 crore worth of investments by insurers and pension funds at risk.

Of the company’s standalone outstanding borrowing of more than Rs 16,500 crore as of May, about 60 per cent is through non-convertible debentures, according to filings with the Registrar of Companies. Nearly all these instruments, the documents show, are subscribed by insurance companies, and provident and pension funds, including Life Insurance Corporation of India, General Insurance Corporation  and the National Pension Scheme Trust.

IL&FS’s non-convertible debentures and commercial paper were downgraded to junk after it missed repayment to Small Industries Development Bank of India, prompting a special audit by the central bank. Regulatory norms allow insurance and pension funds to only invest in the paper of companies operating in infrastructure and social sectors with a minimum rating of ‘AA’.

The Insurance Regulatory and Development Authority of India (Irdai) suggested that insurers shouldn’t continue with investments in junk-rated paper. When there is such a downgrade, they should “withdraw that investment and put it somewhere else”, he said at an event. “They [investing companies] will have to find their own time to do that; and that’s what a prudent entity should do and is expected of them,” Irdai chairman said.

The company’s standalone debt of over Rs 16,506 crore implies a leverage of 3.04 times as of March this year compared with 2.23 times a year ago. Its consolidated leverage had risen to more than 9 times at the end of March.

According to experts, the institution should not be allowed to go belly up as the contagion will be devastating. Already the markets have wiped out Rs 10 lakh crore of investors’ wealth. The public sector banks have a direct exposure of Rs 40,000 crore in term debt given to IL&FS. Provident and pension/insurance funds have an additional Rs 30,000 crore at risk. NBFCs, mutual funds and others could be forced to write off the balance Rs 20,000 crore.

IL&FS is the holding company of the group with 24 direct subsidiaries and 135 indirect subsidiaries.On a consolidated basis, the company closed the financial year 2017-18 with a revenue of Rs 18,798.78 crore and a loss of Rs 1,886.85 crore.

The company provided just Rs 800 crore or 5 per cent of loans and investments as general contingency as of March 2017, according to its filings.  Company’s five subsidiaries account for nearly two-thirds of the group’s debt, according to the filings. These include IL&FS Energy Development Company, IL&FS Transportation Networks, IL&FS Engineering and Construction Company, IL&FS Maritime Infrastructure Company and IL&FS Financial Services.

NBFC stocks were heavily hammered after the crisis surfaced in IL&FS with stocks of players like Dewan Housing Finance, Indianbulls Finance down 15-30 per cent.

Deo Shankar Tripathi, MD & CEO of Aadhar Housing Finance, said, “The present scenario is very unfortunate which is a knee-jerk reaction on the IL&FS fiasco. Suddenly, all  learned analysts started painting adverse picture of HFCs and NBFCs. This has resulted in withholding the release of sanction facility by many banks to NBFCs & HFCs. Which is expected to derail the growth momentum. There seems to be artificial liquidity crunch in the market.”

Abhishek Bansal, founder and chairman of ABans Group of Companies said “to restore investor confidence, we believe IL&FS focus should be on providing liquidity by selling operational assets & comprehensive debt restructuring, as 70 per cent of IL&FS debt is being held by public sector banks and unavailability of liquidity is putting pressure on yields. If the same continues, it will result in higher lending cost to buyers especially for small and medium-sized enterprises.”

He added, “We strongly believe that short to medium term market sentiments have been hampered and  the step to sell 25 assets to raise Rs 300 billion needs to be taken to avoid this scenario in the future and also to enhance liquidity and put a pause on rising yields.”

The nation’s credit rating industry has come under scrutiny after the firms that assessed IL&FS, including the local partners of Moody’s Investors Service and Fitch Ratings, failed to see the financial troubles brewing at the financier. The group’s debt burden jumped 44 per cent in the year ended March 31 from 2015.

IL&FS is a huge borrower, accounting for 2 per cent of outstanding commercial paper, 1 per cent of debentures and as much as 0.7 per cent of banking system loans. The group itself in turn acts as a key source of capital to non-bank lenders.

Another worry is a stampede by individual investors out of fixed-income mutual funds that will force portfolio managers to sell other companies’ debt securities to cover redemption requests, setting off a vicious cycle.