Nobel laureate Abhijit Banerjee said that there was a need to bring down government stake to below 50 per cent in PSBs. 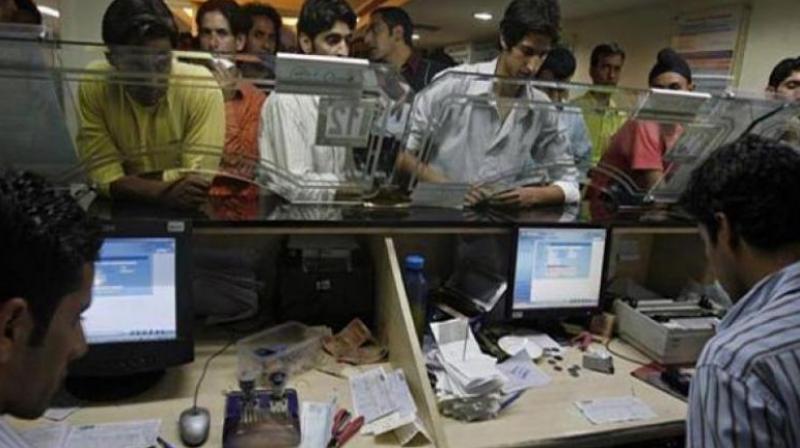 All India Bank Officers' Confederation joint general secretary Sanjay Das said reducing the government's stake in PSBs to below 50 per cent to take the bankers out of CVC ambit is no panacea. (Photo: Representational)

Kolkata: Associations of employees and officers of public sector banks (PSBs) have expressed disagreement with Nobel laureate Abhijit Banerjee's view that the government should privatise PSBs to tackle the crisis in the sector, asserting that diluting the Centre's stake in PSBs is "no solution".

Instead, the unions said, ensuring "proper governance in the system" and "removing political interference" will address the problem of non performing assets NPA that has been weakening the financial health of the PSBs.

During his recent visit to India, Banerjee said there is need to bring down the stake of the government to below 50 per cent in PSBs so that decisions could be taken without the fear of Central Vigilance Commission (CVC).

"We do not know how privatisation of PSBs will tackle the crisis in the sector? The NPA problem is mainly due to economic slowdown, lack of governance in the system and political interference. Dilution of the Centre's stake is no solution," United Forum of Bank Unions' convenor (West Bengal) Siddhartha Khan told PTI.

Echoing Khan, All India Bank Officers' Confederation joint general secretary Sanjay Das said reducing the government's stake in PSBs to below 50 per cent to take the bankers out of CVC ambit is no panacea.

"It is a fact that bankers are often harassed in the default cases without addressing the root cause of the NPA issues, but the presence of CVC provides checks and balances in the system," Das said.

In August, the CVC constituted the Advisory Board for Banking Frauds headed by former Vigilance Commissioner T M Bhasin to examine bank fraud over Rs 50 crores and recommend action.

The banking system has been afflicted by the scourge of high NPAs for nearly five years, which has led to erosion of net worth and unfolding of scams in the sector, with the Punjab and Maharashtra Cooperative Bank (PMC) being the new addition.

"We have been advocating proper governance in the system and removal of political interference as these will address the problem of NPAs. Unfortunately, political parties who come to power derive political mileage through loan melas and loan waivers," Das said.

Khan, also working president of All India SBI Staff Federation, said, "If the government's stake is brought down to below 50 per cent in the PSBs, which will provide loans under PM Mudra Yojana or advances under the 59-minute loan scheme and many other programmes.

"The government controlled PSBs provide loans in these schemes, though we know a fraction of these loans may not be recovered. Had a proper governance system been in place, the banks would not face the NPA problem," he said.

"We do not know in what context Abhijit Banerjee had said that, but we are against dilution of government holding in the public sector banks. It will provide no solution to the NPA problems," Bank Employees Federation of India's Vice President Pradip Biswas told PTI.

Instead of accepting haircut or writing-off bad loans, the government should "initiate criminal proceedings against the wilful defaulters" to address the NPA problem in the banking sector, he added.