Vistara is already has a similar arrangement with the two carriers for domestic flights. 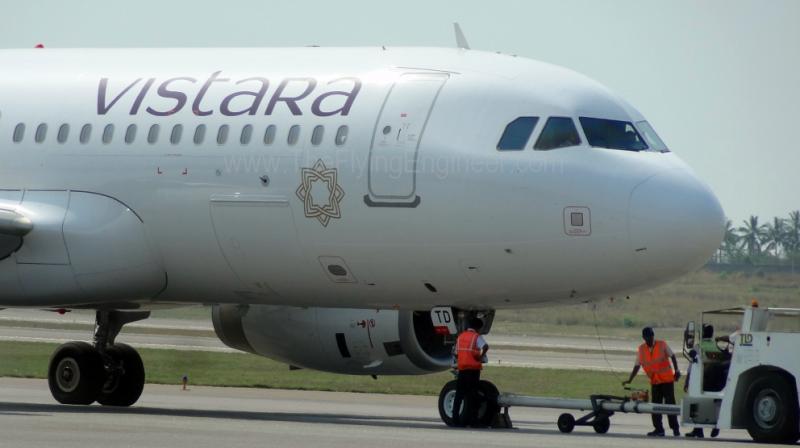 Vistara is all set to launch its international operations with the maiden flight to Singapore from New Delhi on August 6. (Photo: Representational Image)

Mumbai: Full service carrier Vistara on Monday announced signing of a codeshare partnership with Singapore Airlines (SIA) and its regional arm SilkAir for international flights ahead of the launch of services on the overseas routes.

The domestic private carrier, which is 51 per cent owned by Tata Sons along with 49 per cent stake of SIA, already has a similar arrangement with the two carriers for domestic flights.

Vistara, which commenced its air services on domestic routes in January 2015, is all set to launch its international operations with the maiden flight to Singapore from New Delhi on August 6.

"Singapore Airlines (SIA) and regional subsidiary SilkAir have signed an agreement with Vistara to expand codesharing to international routes, Vistara said in a release.

The codeshare agreement, which is subject to regulatory approvals, will be implemented over a period of time, the airline said.

This is the first time Vistara will be codesharing with partner airlines on international flights.

Under the expansion of an existing codeshare agreement which covers domestic flights, SIA will add its 'SQ' flight code to Vistara's new international flights.

In addition, SIA and SilkAir will add nine new codeshare destinations within India on Vistara-operated flights, said the release.

With this expansion, SIA will codeshare on Vistara flights to more than 20domestic destinations.

Similarly, Vistara will add its 'UK' designator code to SIA and SilkAir-operated flights between Singapore and eightdomestic destinations, it said.

It will codeshare on services to more than 40 destinations in the SIA and SilkAir network, the release said.

"We are further expanding the codeshare agreement with SIA and SilkAir to international flights. We're happy to deepen this strategic partnership which means a more seamless services from India to destinations across Asia, Oceania and the United States," Vistaras chief strategy officer Vinod Kannan said.

"Vistara is an important partner for SIA and SilkAir. This expansion of our codeshare agreement provides our customers with more travel options to and from India, SIA's senior vice president, marketing planning, Tan Kai Ping, said.