The move assumes significance in view of upcoming festive season that accounts for a significant share of e-commerce annual sales. 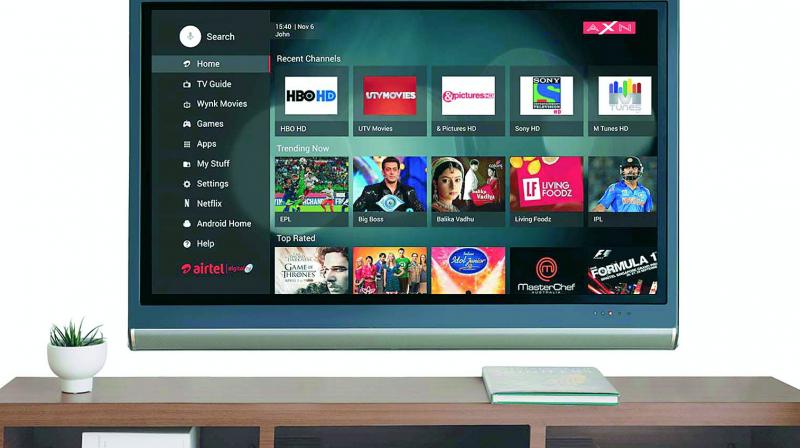 The video streaming service 'Flipkart Videos' will be ad-supported and available free for users on Flipkart's app.

New Delhi: Upping its ante against rival Amazon, Walmart-backed Flipkart on Monday said it will roll out video streaming service and make its platform available in vernacular languages as part of its efforts to woo the next 200 million internet users onto its platform.

The video streaming service 'Flipkart Videos' will be ad-supported and available free for users on Flipkart's app. The content available will be a mix of short films, full-length movies and episodic series, and the company is in discussions with content makers to expand the library.

The move also assumes significance in view of the upcoming festive season that accounts for a significant share of India's e-commerce sector's annual sales volumes.

"We have a lot of investment going into this. Apart from shopping, we also want users to spend time on the platform and engage. We will use content as an engagement opportunity...we will continue being an e-commerce platform," Flipkart CEO Kalyan Krishnamurthy told PTI.

He added that a large number of youngsters are spending their time online consuming content across platforms and that is an audience that the company would want to capture.

Flipkart's arch-rival Amazon offers video and music streaming service under its 'Prime' offering for an annual fee of Rs 999 and Rs 129 a month.

The two players have been locked in an aggressive battle for market leadership in India that has seen strong growth in the e-commerce segment.

Estimates suggest that the e-commerce market in the country would touch USD 100 billion in the next few years.

"Our video content offering is focused on three primary aspects, keeping in mind our understanding of the market: free, curated and personalised. We believe that our customers shouldn't pay extra for premium content and hence, our offering is different from anything else that is currently available," Flipkart Head Growth and Monetisation Prakash Sikaria explained.

He added that Flipkart, which has over 150 million users in the country, is in discussions with various providers to licence content.

Talking about the introduction of Hindi language on the platform, Krishnamurthy said the move is part of the company's efforts of expanding access to the next 200 million internet users.

"As per research, 90 per cent of new internet users in India are native language speakers coming from tier II and beyond cities. There is also a large number of people who would feel more comfortable shopping online if it was made available in their language. We have been working on this for the last one year and have made a huge technology investment," he said.

While the company is starting with Hindi, it plans to add other vernacular languages like Tamil, Telugu and Bengali on the platform in the coming months.

Last year, Flipkart had acquired Liv.ai, an artificial intelligence (AI) start-up which has built a platform that converts speech to text in 10 Indian languages.

Interestingly, Amazon had started its Hindi offering last year - a move that the US-based etailing giant had said was aimed at bringing the next 100 million customers online.

Flipkart is also introducing 'Flipkart Ideas' (content feeds) that aims to aid consumers' shopping journey. To start with, content from over 30 brands and 400 influencers will be showcased with associated products from Flipkart in all multimedia formats such as videos, GIFs, images, stories, quizzes and polls.

"Flipkart Ideas aims to improve users' lifestyle with credible and useful content. Customers will be able to use Flipkart Ideas to narrow down specific products which are suitable for their needs. This will empower them to make better purchase decisions by providing them with information that helps them research while shopping and also helps them discover new products," Jeyandran Venugopal, Head Consumer Experience and Platform at Flipkart, said.