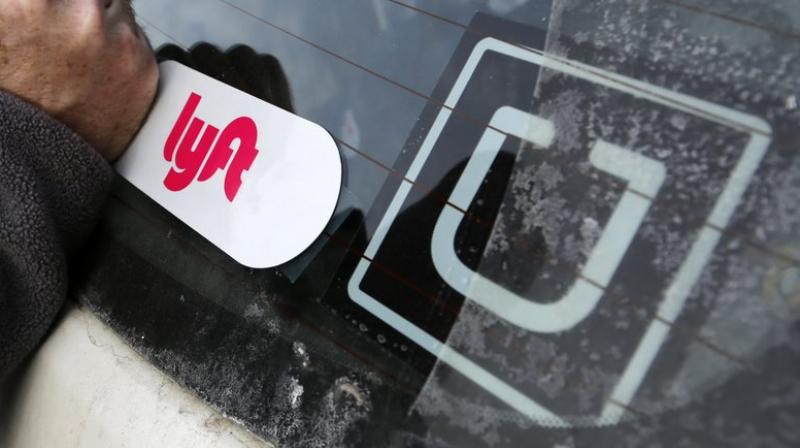 Uber’s costs jumped about 33 per cent to USD 4.92 billion in the latest quarter.

Uber Technologies Inc on Monday posted a wider third-quarter loss as the company tries to outspend competitors through discounts and invests heavily in loss-making new business ventures, sending its shares down 5.5 per cent in after-hours trading.

Nevertheless, the company promised it would be profitable by the end of 2021 as quarterly revenues, driven by its global ride-hailing business, beat expectations.

Uber Chief Executive Dara Khosrowshahi told journalists on a conference call the company as a whole would achieve adjusted EBITDA profitability for the full year of 2021, but declined to provide details on the performance of individual business units by that time.

Uber’s costs jumped about 33 per cent to USD 4.92 billion (£3.81 billion) in the latest quarter. Gross bookings, which include ride-hailing, mobility, food delivery and freight payments, rose 29 per cent from a year earlier to USD 16.47 billion.

Overall, the company’s net loss widened to USD 1.16 billion in the quarter ended Sept 30, from USD 986 million a year earlier, while net loss on a per-share basis narrowed to 68 cents from USD 2.21.

Known for its ride-hailing app available in more than 700 cities worldwide, Uber has vastly diversified its business over the past years.

The company is building out its long-haul trucking and food delivery business Uber Eats, developing self-driving cars, offering banking services to its drivers and even planning commercial passenger drone shuttles by 2023.

It collected total third-quarter revenues of $3.81 billion, up nearly 30 per cent year over year, beating estimates of per cent 3.69 billion.

But Uber is facing regulatory challenges to its business model and shareholders so far appear unimpressed by the company’s push to diversify.

Its shares have lost some 30 per cent since going public in May as investors lose patience with venture capital-fueled startups offering only murky paths to profitability.

They stood at USD 29.36 in Monday after-hours trading.

Shares are expected to be squeezed further on Wednesday, when a restriction on selling stock lifts. Some analysts expect more than 80 per cent of the company’s outstanding shares will become eligible for sale.

With Uber under pressure, investors are keen to see the company expanding market share.

Uber’s monthly active users across rides, bike shares and food delivery rose to 103 million globally in the third quarter, from 82 million a year earlier. But they fell short of analysts’ estimates of 105.5 million, according to IBES data from Refinitiv.

Monday’s results also heightened the differences between Uber and Lyft, which only operates in the United States and Canada.

Lyft executives on Wednesday, in an apparent dig at Uber’s sprawling business ventures, emphasized they remained squarely focused on mobility.

Revenue from Uber’s ride-hailing business rose about 19 per cent to USD 2.90 billion and contributed USD 631 million to third-quarter earnings.

Sales from Uber Eats, the company’s fastest-growing unit, rose 64 per cent, but nearly 40 per cent of revenues were spent on incentive and referral payments, as Uber tries to gain market share.

“At least over the next couple of quarters we still see a lot of money flowing into (Eats),” Uber Chief Financial Officer Nelson Chai said during a Monday analyst call.

Uber hopes its ride-hailing business will come in handy, allowing the company to undercut competitors’ delivery costs by having drivers ferry around pizzas instead of passengers when demand is low.

In doing so, Uber, like other “gig economy” businesses, is largely relying on freelance contractors.

A new California law, set to go into effect on Jan. 1, would turn most of the state’s roughly 450,000 gig workers into full-time employees and has garnered nationwide attention.

Uber, Lyft and food delivery company DoorDash have pushed for separate legislation that would increase pay and benefits for drivers yet maintain their status as independent contractors.

Khosrowshahi on Monday said he was hoping US politicians would be willing to work with the industry.

“But if not, we’ll continue to aggressively defend our drivers’ right to flexibility,” the CEO said.