Minister Ravi Shankar Prasad told parliament that six proposals have been received for 5G trials, including from Huawei. 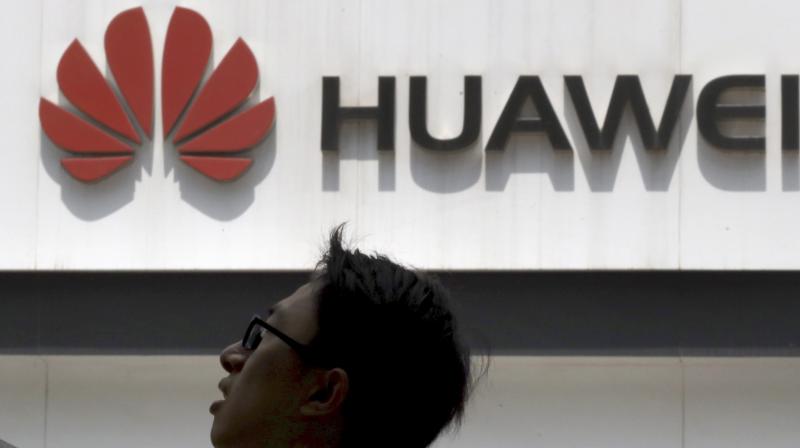 Huawei, the world’s biggest maker of such gear, is at the centre of a geopolitical tug-of-war between China and the United States. (Photo: File | AP)

New Delhi: China has told India not to block its Huawei Technologies from doing business in the country, warning there could be consequences for Indian firms operating in China, sources with knowledge of the matter said.

India is due to hold trials for installing a next-generation 5G cellular network in the next few months, but has not yet taken a call on whether it would invite the Chinese telecoms equipment maker to take part, telecoms minister Ravi Shankar Prasad has said.

Huawei, the world’s biggest maker of such gear, is at the centre of a geopolitical tug-of-war between China and the United States. US President Donald Trump’s administration put the company on a blacklist in May, citing national security concerns. It has asked its allies not to use Huawei equipment, which it says China could exploit for spying.

Two sources privy to internal discussions in New Delhi said India’s ambassador in Beijing, Vikram Misri, was called to the Chinese foreign ministry on July 10 to hear China’s concerns about the US campaign to keep Huawei out of 5G mobile infrastructure worldwide.

During the meeting, Chinese officials said there could be “reverse sanctions” on Indian firms engaged in business in China should India block Huawei because of pressure from Washington, one of the sources said, citing a readout of the ambassador’s meeting.

“Huawei has carried out operations in India for a long time, and has made contributions to the development of Indian society and the economy that is clear to all,” spokeswoman Hua Chunying said in a statement.

“On the issue of Chinese enterprises participating in the construction of India’s 5G, we hope the Indian side makes an independent and objective decision, and provides a fair, just and non-discriminatory commercial environment for Chinese enterprises’ investment and operations, to realize mutual benefit.”

The Indian foreign ministry did not respond to a request for comment.

Responding to the Reuters story, US Congressman Jim Banks, an Indiana Republican, slammed the Communist Party of China, saying in a tweet that it was “strong-arming” countries into “surveillance and espionage”.

“China is now blackmailing India into using #Huawei for its 5G infrastructure – they know no bounds! The #CCP moves to strong-arming countries into exposing themselves to surveillance and espionage.”

Indian companies have a far smaller presence in China than other major economies. But firms including Infosys, TCS, Dr Reddy’s Laboratories Reliance Industries and Mahindra & Mahindra have a foothold there in manufacturing, healthcare, financial services and outsourcing.

A potential row over Huawei could revive tensions in the broader India and China relationship just as the two sides have been making high-level efforts to ensure their long standing territorial disputes do not escalate.

In October, Prime Minister Narendra Modi will host Chinese President Xi Jinping in the sacred Hindu city of Varanasi, his parliamentary constituency in northern India, where the two are expected to address trade issues including a USD 53 billion trade deficit in 2018/19 that India is concerned about.

The main right-wing group tied to Modi’s ruling alliance, which has a long-standing distrust of China and promotes self- reliance in the economy, has stepped up criticism of Huawei.

In a letter written to Modi last week, Ashwani Mahajan, the head of the economic wing of the Hindu nationalist Rashtriya Swayamsevak Sangh, said there were concerns about the operations of Huawei in India.

“We as a country are not yet sure of relying on Huawei. Globally, the Chinese companies, including Huawei, are facing allegations that they ‘underbid’ projects, and position themselves and their establishment back home to snoop and enable them to shut remotely, if required be,” he wrote.

Minister Prasad told parliament that six proposals have been received for 5G technology trials, including from Huawei. He did not name the others, but firms such as Sweden’s Ericsson Finland’s Nokia and South Korea’s Samsung Electronics are expected to participate.

A high-level group of officials, led by the Principal Scientific Adviser to the Indian government K Vijay Raghavan and including representatives from the departments of telecoms, information technology and the intelligence services, has been looking into whether to open the 5G trials to Huawei.

The committee has found no evidence to suggest Huawei has used “back-door” programmes or malware to collect data in its current operations in India, the first source and another official in the federal telecoms ministry said.

The interior ministry, which is responsible for the security of the infrastructure, had issued no directive to curtail Huawei’s entry, the telecoms official said.

“We can’t simply reject them just because they are Chinese,” said the official.

One option that a tech expert at the government’s National Security Advisory Board (NSAB) has suggested is to ensure the hardware and software for the proposed fifth-generation network are not both sourced from Huawei.

The government should get wireless carriers who will be rolling out 5G services to use Indian-made software to drive equipment supplied by gearmakers such as Huawei, NSAB expert V Kamakoti said in a recent internal presentation reviewed by Reuters.