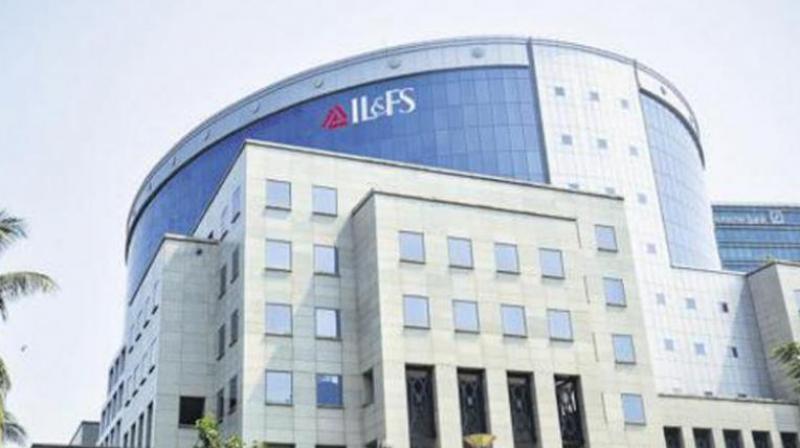 The Union of India/ILFS are directed to file a fresh Progress Report by September 3, 2019, said the appellate tribunal.

New Delhi: The National Company Law Appellate Tribunal (NCLAT) has expressed its displeasure over the slow progress by the government and IL&FS in the resolution of the debt-ridden companies of the group.

The tribunal directed the Corporate Affairs Ministry and Infrastructure Leasing and Financial Services (IL&FS) group to file a fresh progress report by September 3 ahead of the next hearing on September 5.

A two-member bench headed by Chairman Justice S J Mukhopadhaya said that around 300 days have been passed and there is hardly any progress in the resolution process of IL&FS group companies.

"They will keep it in mind that already 300 days approximately have completed since the Interim Order was passed on 15th October 2018," the bench said.

"The Union of India/ILFS are directed to file a fresh Progress Report by September 3, 2019," said the appellate tribunal.

Under the Insolvency and Bankruptcy Code, a corporate insolvency resolution process has to be completed under 270 days and failing to the timeline, the company goes for liquidation.

"What is going on, I want a reply on this," the bench said.

The NCLAT listed the matter on September 5 for the next hearing.

The tribunal also pulled up the government for not filing the status of 82 Red category companies of IL&FS and has directed it to file by tomorrow.

"In spite of our order dated July 12, 2019, no Progress Report has been filed by Union of India/ILFS. They are allowed to file the Progress Report by tomorrow," said NCLAT.

It has also directed the MCA to pass a final order and settle the claims of three amber category entities, which were upgraded into the green after signing terms sheets with their lenders.

"We make it clear that before the next date of hearing, the Union of India must pass final order and settle the claim of all the creditors with regard to three Amber/Green Entities viz. Moradabad Bareilly Expressway, Jharkhand Road Projects Implementation Company and West Gujarat Expressway as per signed Term Sheet," said NCLAT.

It also asked the MCA and IL&FS to give notice to all financial Creditors of rest ten amber entities and take preliminary step by taking their consent in the manner it was followed in the cases of aforesaid three Amber entities.

"It will be open to the UoI/ILFS to call for meeting of Financial Creditor/ Lenders and if necessary may take up the matter on day to day basis to ensure that the total process with regard to all the Amber Entities, particularly aforesaid three Amber/Green Entities and rest of the 10 Amber Entities is concluded on an early date," it said.

Besides, NCLAT has said that the government and IL&FS, would by the next date of hearing, would intimate the steps which they intend to take with regard to all 82 Red entities and before selling, transferring, encumbering, alienating, dealing with or creating any third party right, title or interest.

It also asked them to obtain the prior permission of Justice Shri D K Jain, former Judge of Supreme Court, who has been appointed to supervise the resolution process.

The debt resolution plan is based on the principles enunciated on the Insolvency and Bankruptcy Code.

As per the roadmap for IL&FS, which has a total debt of over Rs 90,000 crore, its group companies have been categorised into three categories -- Green, Amber and Red -- based on their respective financial positions.

Companies under the green category will be those that continue to meet their payment obligations.

Amber category is for those companies that would not be able to meet their obligations but can meet only operational payment obligations to senior secured financial creditors.

Amber category entities "are permitted to make only payments necessary to maintain and preserve the going concern".

"Companies falling in the red category are the entities which can not meet their payment obligations towards even senior secured financial creditors," as per the plan.

Such companies will be permitted to make payment necessary to maintain and preserve.