In the first phase of the festive sale, E-commerce companies are estimated to have registered sales of close to USD 3 billion. 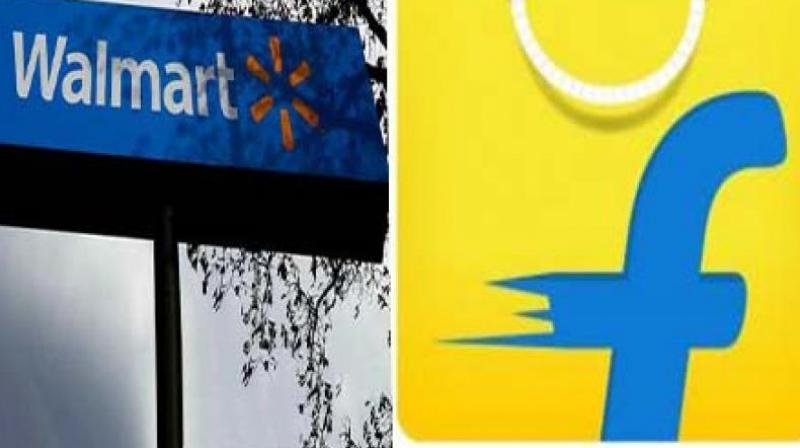 The report said rivals Flipkart and Amazon, which hosted their festive sale from September 29 to October 4, dominated the sale with over 90 per cent share.

New Delhi: E-commerce companies such as Flipkart and Amazon could generate up to USD 6 billion or Rs 39,000 crore in sales this festive season, according to consulting firm RedSeer.

"The larger push has come from Bharat customers migrating to online shopping driven by the strong value provided from the online retailers across categories including mobiles, which have shown a strong surge during sale event despite having a relatively slow growing H1 (first half of) 2019," he added.

The report said there was a 30 per cent year-on-year growth during the first festive sale event, with significant share coming from customers in tier-II cities and beyond.

"Given the strong industry performance during the first sale event, the whole festive month up to October-end is expected to generate up to USD 6 billion or Rs 39,000 crore in sales," it said.

GMV is a term used in online retailing to indicate the gross merchandise value of the products sold through the marketplace over a certain period of time. This does not include discounts, returns, cancellations and cashbacks on products sold.

"The biggest theme of the festive season was 'value shopping' as indicated by large chunk of customers from tier-II cities and beyond who shopped online owing to wide selection supported by affordability initiatives," it said.

Mobile phones, like in the previous years, continued to dominate sales and accounted for over 55 per cent of the GMV in the festive sale, the report added.

The report said rivals Flipkart and Amazon, which hosted their festive sale from September 29 to October 4, dominated the sale with over 90 per cent share.

While both the US-based Amazon and Walmart-backed Flipkart have spoken about stellar performance in the festive sales driven by smaller towns in India, they have not given out sales numbers.

RedSeer said, "Flipkart continued to lead the festive sales in GMV terms, with 60-62 per cent share of the standalone gross GMV share during sale event, and about 63 per cent share if other group entities are also included (Myntra and Jabong)."

When contacted, an Amazon spokesperson said, "We cannot comment on speculative reports that lack robust and credible methodology."

"During the Great Indian Festival (September 28-October 4), Amazon led with the highest share of transacting customers at 51 per cent, order share of 42 per cent and value share of 45 per cent across all marketplaces in India according to Nielsen's E-Analytics empanelled read of 1.9 lakh digital users across over 50 cities," the spokesperson added.

The spokesperson further noted that "this event has been our biggest celebration ever".