After Gangwal wrote to the board seeking an extraordinary general meeting, Bhatia, on June 12, opposed the proposal. 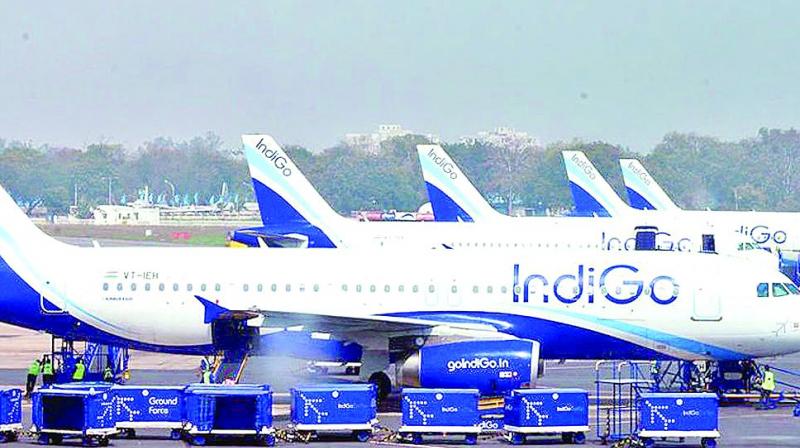 New Delhi: Differences between the promoters of the country’s largest airline IndiGo came into public on Tuesday with Rakesh Gangwal alleging serious governance lapses by co-founder Rahul Bhatia who had earlier termed his demands as unreasonable.

With the issues brewing for nearly a year, Gangwal has sought markets regulator Sebi’s intervention to address the problems.

In a filing to the stock exchanges, InterGlobe Aviation, the parent form of IndiGo, said its board of directors has received a letter from Gangwal and Sebi has also sought a response on the letter.

The markets regulator has been probing the matter since reports surfaced about differences between the promoters in May, sources said.

“Sebi has in the meantime asked the company to give its response to this letter by July 19, 2019, with which the company will comply,” the filing said.

Alleging that the company has “started veering off” from the core principles and values of governance, Gangwal has said that even a “paan ki dukaan” (betel shop) would have managed matters with more grace.

“Beyond just questionable Related Party Transactions, various fundamental governance norms and laws are not being adhered to and this is inevitably going to lead to unfortunate outcomes, unless effective measures are taken today,” the letter said.

After Gangwal wrote to the board seeking an extraordinary general meeting, Bhatia, on June 12, opposed the proposal.

Bhatia wrote to the board alleging that the genesis of Gangwals’ angst was his “hurt ego” and refusal of IGE Group to entertain his “unreasonable demands”.

In the June 12 letter, Bhatia alleged that Gangwal had an hidden agenda and had made a package proposal and was not willing to discuss the RPT issue in isolation.

IndiGo is the country’s largest airline with a market share of 49 per cent at the end of May.

The carrier has more than 200 planes and operates around 1,400 flights daily.

Already, the aviation industry is grappling with multiple headwinds, including the shuttering of once-storied Jet Airways due to cash crunch.

Rooted in a deep trust built over a decade-long friendship and no desire to have any meaningful control of the company, Gangwal said he had entered into a shareholders’ agreement that provides Bhatia unusual controlling rights over IndiGo.

The IGE Group’s rights include those to appoint three out of six directors, nominate and appoint Chairman, CEO, President as well as a voting arrangement that requires Gangwal and his affiliates to vote alongside the Group on appointment of directors, as per the letter.

“The process of appointing an Independent Chairman at IndiGo is the classic ‘Hobson’s choice’ and a sophisticated way to circumvent Sebi rules...,” the letter said.

In a statement on Tuesday, Gangwal said his letter lists out certain serious concerns regarding governance matters at IndiGo.

“We are big believers in the long-term potential of IndiGo and its business and operational model.

“However, we also firmly believe that IndiGo can only realise its true potential and be a world class company if it has both - a world class business and operational model as well as world class governance standards,” the statement said.

Gangwal has been seeking an Extra-Ordinary General Meeting (EGM) to put in place reasonable procedures and safeguards with respect to related party transactions with Bhatia and his affiliates.

Among the issues flagged by him are that various RPTs with the IGE Group were executed without seeking the audit committee’s approval and without seeking competitive bids from third parties, and non-appointment of an independent woman director.

Gangwal has also sent a separate letter, including attachments and information sources, to the Sebi.