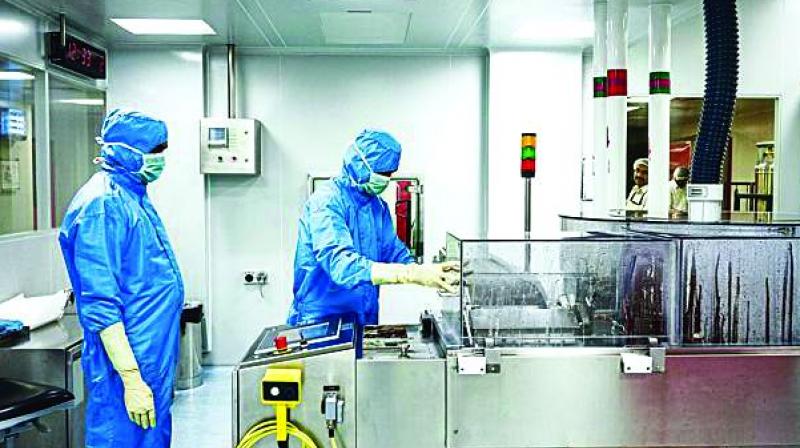 The company, which sells a range of vaccines in 150 countries across the European and American continents, plans to increase its market share to 10-15 per cent globally.

PUNE: The billionaire Poonawalla family, which runs the Pune-based world’s largest vaccine manufacturer Serum Institute of India, on Monday opened its new multifunctional production facility for vaccines with an investment of Rs 3,000 crore to cater to the European and American continents.

He said the new facility built in compliance with American and European vaccine manufacturing regulations would provide 3,500 jobs within the research facility over the next five years.

The company, which sells a range of vaccines in 150 countries across the European and American continents, plans to increase its market share to 10-15 per cent globally.

“Spread across 2 million square feet area, the manufacturing unit has the capacity to manufacture half a billion doses annually,” Poonawalla said.

He said the new plant would commence production from November and aims to provide additional capacity as well as improved flexibility in production.

“Focused on the American and European continents, the expansive unit is equipped with a wide array of state-of-the-art equipment, in compliance with the regions’ respective vaccine manufacturing regulations,” Poonawalla pointed out.

The new plant will maximize the production of vaccines such as HPV and TDAP in addition to Thermostable Rotasiil along with monoclonal antibodies like Trastu-zumab (Herceptin) and Ustekinumab (Stelara)).

“Better healthcare and immunization cover for children across the world is a cause that is very close to my heart, and the new plant, with enhanced production capacity, is a step towards the same direction,” Poonawalla pointed out.

Both in the Indian and international markets, the company aims to provide necessary vaccine cover with ease of access and at affordable prices.

“Physical trials are at an advanced stage and we will be able to produce monochrome antibodies for dengue which will be a block buster for the country,” he said without disclosing the time line.