The company is preparing its Jamnagar complex to be future ready as fuel demand undergoes change. 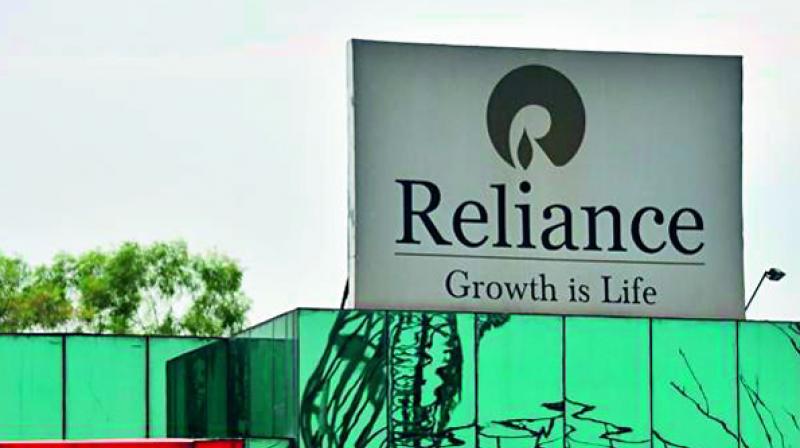 Jamnagar shall be the refinery icon of the world with best-in-class performance, the company said in its latest annual report outlining its vision.

New Delhi: Billionaire Mukesh Ambani's Reliance Industries Ltd plans to produce only jet fuel and petrochemicals at its mega Jamnagar refinery complex as it implements an oil-to-chemical strategy that will eliminate most fuels it produces in favour of high value products.

The company is preparing its Jamnagar complex, the world's largest refinery at a single location, to be future ready as fuel demand undergoes change with advent of electric vehicles.

"Jamnagar shall be the refinery icon of the world with best-in-class performance," the company said in its latest annual report outlining its vision.

The firm's mission is to "ensure the Jamnagar refinery is future-ready with a strategic transformation to optimal oil-to-chemicals.?"

Its refineries currently convert crude oil, sourced from around the globe, into petrol, diesel, LPG, aviation turbine fuel (ATF), LPG, naphtha and other value added fuels. Some of these products are used to produce petrochemicals used for making plastics and other products.

Now, it is implementing a strategy that will convert the crude oil only into petrochemicals and ATF used in aeroplanes.

"Reliance has developed a future-ready Oil-to-Chemical strategic vision to, ?progressively, transform the Jamnagar refinery from a leading producer of fuels to chemicals," it said in the annual report.

?The fundamentals of the Jamnagar oil-to-chemical strategy are to employ advanced ?molecule management to upgrade the refinery intermediate streams by value.

"The oil-to-chemical programme is a roadmap implemented over a long time horizon, based on market outlook and price triggers for refinery fuel products. The ultimate goal is to achieve greater than 70 per cent conversion of crude refined in Jamnagar, to competitive chemical building blocks of olefins and aromatics.

"The Jamnagar refinery product slate, at the culmination of oil-to-chemical transition, shall be only jet fuels and petrochemicals," it said.

India already has an oil refining capacity that is in excess of fuel demand. While the fuel demand is tapering, PSUs have planned massive refinery expansion plans, which some analysts have questioned in view of the massive push by the government towards electric vehicles and moving away from polluting hydrocarbon-based liquid fuels.

Reliance said the objectives of this plan was to preserve as well as upgrade existing refinery margins, while maximising asset utilisation for a sustainable competitive cost of chemicals.

It has developed a disruptive technology innovation, a Multizone Catalytic Cracking (MCC) process, which converts a wide range of feedstock to high value propylene and ethylene in a single riser.

"All refined products priced below crude shall be eliminated for chemicals at initial stage. Final fuel de-risking shall target elimination of gasoline, alkylate and diesel, synchronised to the global evolution of E-mobility and transport fuel demand decline," it said.

With expectations of global petrochemicals demand growing at a faster rate as compared to transportation fuels in longer term, some companies are investing to integrate refinery to petrochemicals to maximise yields of petrochemicals from every barrel of oil processed.

This can possibly lead to significant cost savings through economies of scale and improve competitiveness of companies undertaking such projects.

New complexes in Asia and the Middle East have announced projects with 25-40 per cent? crude to chemical conversion.

As part of its oil-to-chemical strategy, the firm has already implement or is in the process of implementing multi-billion dollar projects.

It has built the world's first ever Refinery Off-Gas Cracker (ROGC) complex of 1.5 million tonnes per annum and is importing ethane from the US to produce petrochemicals.

It has also started up all units of the Petcoke Gasification project that will transform Jamnagar complex into a unique 'bottom-less refinery' by converting refinery residue into synthetic gas, the company said.

"Complexity index (CI) designates the capabilities of a refinery to upgrade lowest quality crude to the highest quality refinery products, including fuels and petrochemicals.

"Complexity index of Jamnagar supersite, as per KBC, a global refinery consultant, has increased from earlier 12.7 to 21.1 or a 66.1% boost with the start-up of Jamnagar expansion projects, including ROGC and downstream units, Paraxylene complex and Petcoke Gasification complex," it said.