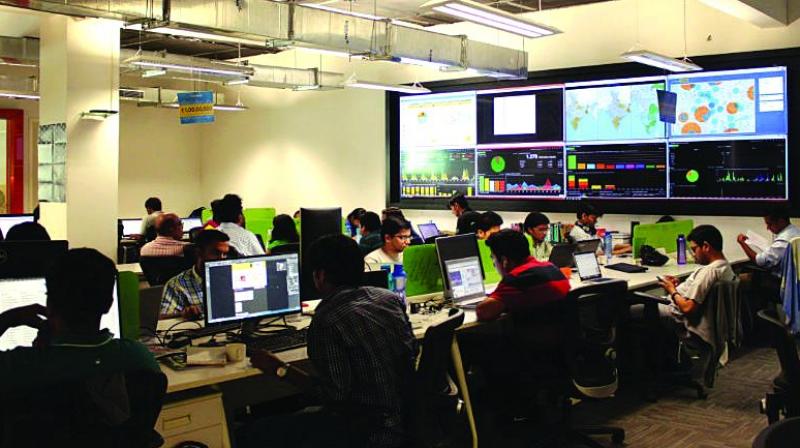 Bangalore: Tiger Global Management has examined at least a dozen deals with Indian startups in recent months, according to multiple people with knowledge of the talks, illustrating global investors' fierce interest in the country's technology ecosystem.

The ultra-secretive New York-based hedge fund has closed investments in at least half of these startups—nearly all of them in fintech or enterprise software segments. Hedge funds, venture capital firms, and the likes of South Africa-headquartered internet group Naspers Ltd are also chasing India's rapidly growing consumer internet and enterprise software firms.

This year is already being dubbed Tiger Global India redux by some. The influential investor is renowned for its early bets on high-profile Indian consumer internet startups like Ola, and its triumphant exit last year from most-valuable Indian startup Flipkart, which netted a $3 billion return. In the first half of 2019, Tiger has already funded 13 Indian companies, according to researcher Tracxn Technologies, compared with eight investments in 2018 and six the year before.

The spigot remains open, according to the people, who didn't want to be named as the deal signings are ongoing. On Thursday, supply chain software developer Moglix became the latest investment when the startup announced it had closed a $60 million financing round led by Tiger.

Tiger's new focus on enterprise software services coincides with management changes. Lee Fixel, the 39-year-old co-head of private equity for the technology-focused fund, recently departed the firm and Scott Shleifer, a partner, took over the portfolio. Schleifer, 41, best known for turning a $200 million investment in Chinese e-commerce platform JD.com Inc. into a $5 billion return, went on a whirlwind trip to India recently to meet entrepreneurs.

The newest bets by the deep-pocketed hedge fund are mostly in the sub-$50 million range. They include logistics-management startup Locus, agritech provider Ninjacart, expense-management software provider Fyle, and Zenoti. All are spearheaded by Schleifer, the people said.

"Investors are excited to see India's transition from an IT services powerhouse to a rising B2B solutions hub," said Sudheer Koneru, Founder and CEO of Zenoti, where Schleifer led a round of funding last month. Services can be virtually served on the cloud to customers anywhere in the world, making it viable to build SaaS startups in low-cost India.

"Not just Tiger, other global investors too are waking up to the exciting surge of B2B startups coming out of India," said Koneru.

Koneru's Zenoti provides business and customer management and software services to beauty and wellness businesses, including spas, salons and gyms. Its 340 workers in Hyderabad engineer the product, generate leads, and offer tech support to customers.