PM Modi on Aug 8, urged companies to invest in the J&K and Ladakh region to increase employment opportunities for local people. 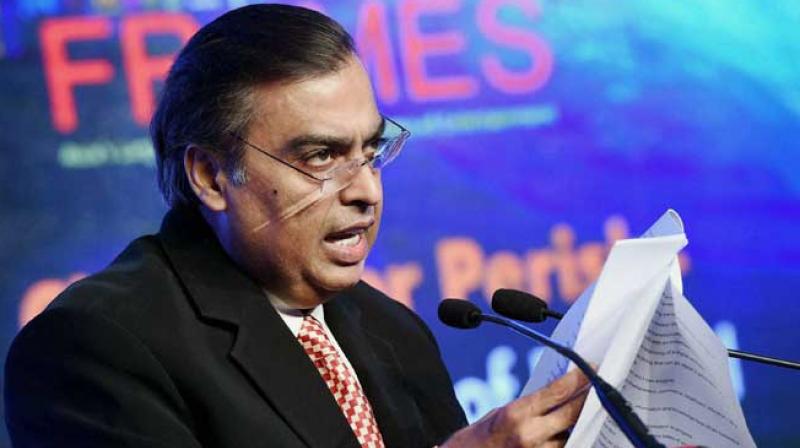 Mumbai: Chairman and Managing Director of Reliance Industries Ltd, Mukesh Ambani on Monday said that his company would make several announcements for Jammu & Kashmir and Ladakh region in the near future.

"Responding to the Prime Minister's appeal, we stand committed to support people of Jammu and Kashmir and Ladakh in all their developmental needs. Hence, we will create a special task force and you will see several announcements for Jammu & Kashmir and Ladakh region in our developmental initiatives in the coming months," he said at the 42nd Annual General Meeting (AGM).

Prime Minister Narendra Modi, in his address to the nation on August 8, urged the companies to invest in the Jammu & Kashmir and Ladakh region to increase employment opportunities for local people there.

Ambani also took the occasion to inform that the RIL has assumed the responsibility of the families of CRPF personnel killed in Pulwama terror attack in February this year.

"As a mark of respect to the Pulwama martyrs, we have assumed full responsibility for the education of their children and the livelihood of their families," he said.