LCCs has been the only successful airline industry model in India over the long term. 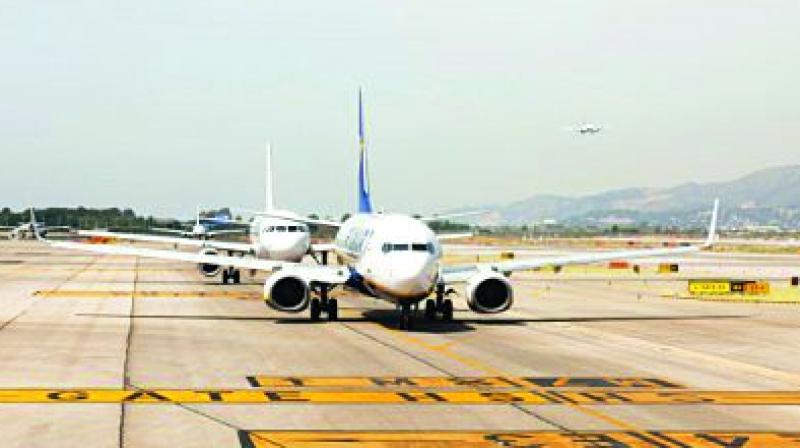 Indigo and SpiceJet, which together accounted for nearly 62 per cent of the domestic airline industry capacity during April 2019, have added 15 and 25 aircraft, respectively, during April and May 2019.

Kolkata: The Indian market for low cost carriers (LCCs) is expected to double by FY23, riding on rising incomes, tourism, and a shift to air from rail. Interestingly, the high-growth market serviced by the low-cost carriers in India is the third largest globally, so suggested a  study by Goldman Sachs.

In a separate study, ICRA said that after reporting a Y-o-Y de-growth of 4.4 per cent in domestic passenger traffic in April 2019, the first after six years of monthly Y-o-Y growth, the domestic passenger traffic rebounded marginally in May 2019, with a Y-o-Y growth of 3.3 per cent. As per the ICRA report, this is primarily attributable to the gradual increase in capacity as airlines like SpiceJet started redeploying some of the grounded aircraft of Jet Airways. This has, in turn, resulted in some moderation in the airfares during April 2019 and May 2019. For 2M FY2020 (April-May), the domestic passenger traffic growth had reported a YoY de-growth of 0.5 per cent. Indigo and SpiceJet, which together accounted for nearly 62 per cent of the domestic airline industry capacity during April 2019, have added 15 and 25 aircraft, respectively, during April and May 2019. This means an increase of nearly 7 per cent and 33 per cent, respectively, over their March 2019 fleet.

"LCCs has been the only successful airline industry model in India over the long term. With faster turnarounds and lower unit-costs, LCCs dominate the domestic market and are gaining share in short-haul international routes. While we expect profitability to remain levered to fuel (40 per cent of costs), slowing global demand should keep oil prices low, while domestic air-traffic growth should remain decoupled from global trends," the Goldman Sachs study said.

Significantly, India's domestic aviation market is the third largest domestic aviation market after China and the US and was the fastest growing market in 2017 at 17 per cent YoY (in terms of domestic RPK, or Revenue Passenger Kilometer) growth. Overall the Indian aviation market has reached a size of $18bn (passenger and cargo industry size) or 183mn passengers as of FY18, and has grown at a CAGR of 18 per cent over the last five years. Yet at 117bn RPK at the end of 2018, India's air traffic has only reached where China was in 2003. China's air traffic has increased eight-fold from that level to 951bn RPK at the end of 2017.

Giving specific details of feet expansion by various carriers, Kinjal Shah, Vice President and Co-Head, Corporate Sector Ratings, ICRA, said, "While Indigo has announced 30 per cent increase in its capacity in FY2020 (approximately half of which will be for the domestic operations), SpiceJet has announced an increase of 80 per cent. As the airlines continue to expand their fleet, resulting in a gradual correction in the demand-supply imbalance and thus a further moderation in airfares, the domestic passenger traffic growth is expected to continue to increase. During May 2019, all airlines reported a month-on-month improvement in their passenger load factors (PLFs), while on a Y-o-Y basis, only Air India and GoAir have reported a Y-o-Y improvement in their PLFs. With the capacity expansion planned by the various airlines, the industry is likely to start facing pressure on yields and thus profitability"