Jio First Day First Show - customers would be able to watch movies in their living rooms on the release day itself. 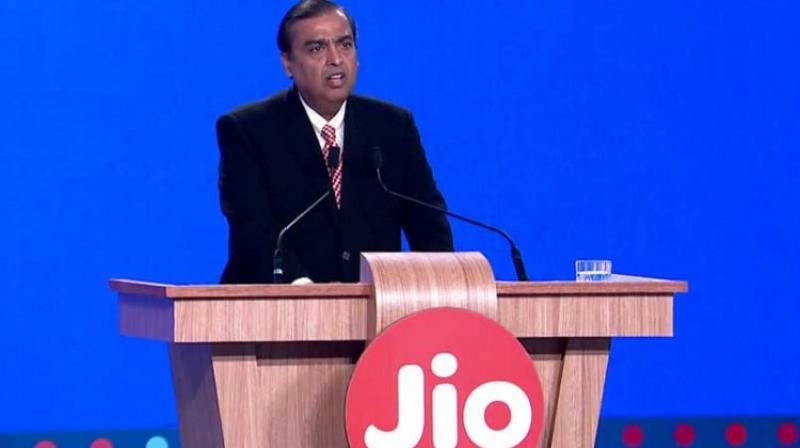 Ambani on Monday announced the roll-out of Jio Fiber from September 5, promising free voice calls for life from landlines.

New Delhi: Multiplex players have expressed confidence in the theatrical exhibition business in the country, even as Mukesh Ambani unveiled "a disruptive concept" for watching new movies at home on the release day as part of Reliance's Jio Fiber premium offering.

The country's largest multiplex operator, PVR which runs nearly 800 screens in the country, stated that theatrical and at-home are two completely different experiences and each has their own places.

Inox Leisure pointed out that producers, distributors and multiplex owners in India have mutually agreed to an exclusive theatrical window of eight weeks between the theatrical release of a movie and release on any other platform.

"This exclusive theatrical window is a model that is followed internationally, in order to ensure the robust financial viability of all the segments of the sector, and has been replicated in India," said Inox Leisure, which operates about 600 screens across in India.

The producer of the film is the owner of the creative content, and is, therefore, entitled to choose the platform for distribution and consumption of his content, Inox Leisure added in its regulatory filing.

Both these experiences have co-existed and prospered for decades and will continue to so in future, PVR said in a filing to BSE, adding that it is extremely buoyant about cinema exhibition's growth prospects.

Given India's low screen density and the growth potential it offers, PVR expects cinema exhibition to continue expanding its footprint in India for the next multiple years, which will continue growing its contribution to the overall revenue of the filmed entertainment.

Ambani on Monday announced the roll-out of Jio Fiber from September 5, promising free voice calls for life from landlines, 100 mbps minimum broadband speed at subscription starting from Rs 700 a month and free HD TV set on a commitment to an annual plan.

As part of Jio Fiber's premium offering - Jio First Day First Show - customers would be able to watch movies in their living rooms on the release day itself. This service will be launched in the mid 2020.

"...For the first time in India, we are introducing a disruptive concept for watching new movies. Premium Jio Fiber customers will be able to watch movies in their living rooms the same day these movies are released in theatres," he said.

Shares of the two listed multiplex operators declined in morning session, with PVR shedding 2.45 per cent and Inox Leisure slipping 2 per cent.